Inflation is now at its worst levels since the 1970s 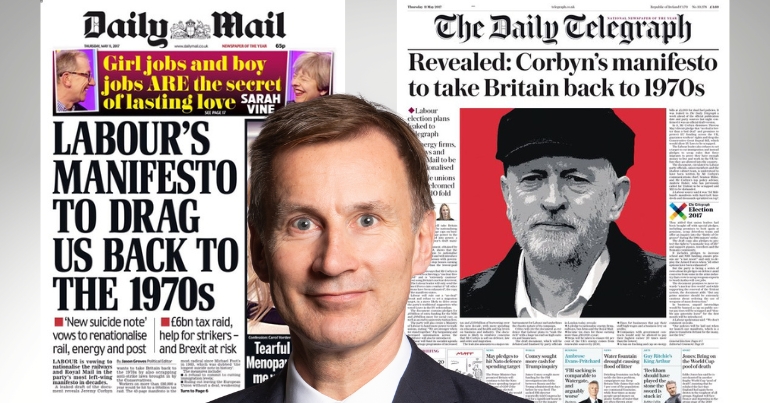 On Wednesday 16 November, the Tory government dragged the country back to the 1970s – even though it was supposed to be Jeremy Corbyn that would do so with his nationalisation and public spending. But no, the Tories have taken us back nearly fifty years – and the reason for this is inflation.

Who can forgot the right-wing media’s response to Labour leaking its election manifesto in 2017? As HuffPost reported at the time, the likes of the Telegraph and the Daily Mail had a go at Corbyn’s plans:

sorry who's dragged us back to the 1970s again pic.twitter.com/ywBDm6pKmp

Of course, a Corbyn-led government might have partly avoided the mess we’re now in. However, lets forgot the 2017 Labour manifesto and instead look at the party in power – and the mess they’ve made. It’s one which has now seen inflation hit some of its highest levels since the 1970s.

Flares, disco, and a three-day working week: back to the 70s we go

The Office for National Statistics (ONS) said on the morning of 16 November that inflation had increased to 11.1% in October. Inflation in this context is the Consumer Prices Index (CPI). The ONS said that food, housing, and energy prices were driving the rise in inflation. It noted that specifically for housing and housing costs (which includes energy), the increase was the highest on record – beating the previous one set in 1975. The ONS said that:

In October 2022, households are paying, on average, 88.9% more for their electricity, gas, and other fuels than they were paying a year ago.

It’s a similar story for food, with the ONS saying the increase in those prices is the highest since 1977: 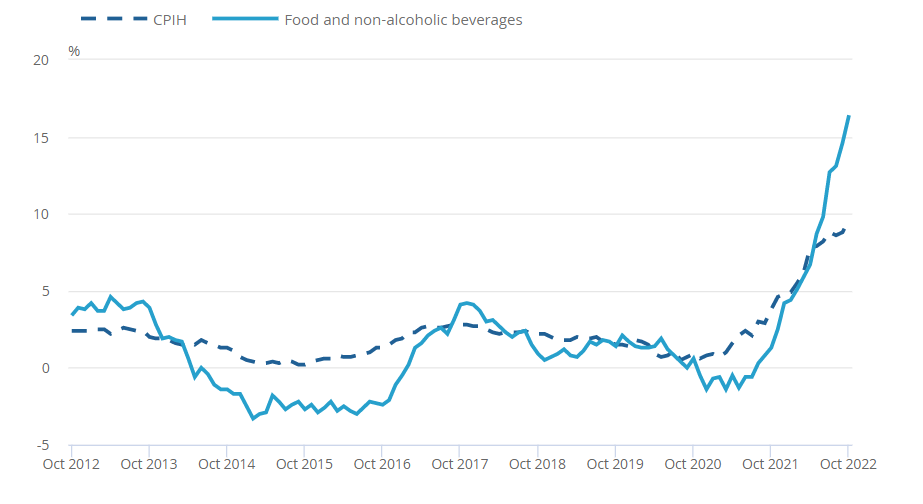 When we look in detail, it’s food staples that are hammering people. The table below shows that things like bread, flour, pasta, milk, cheese, and eggs have all increased in price by percentages higher than overall inflation: 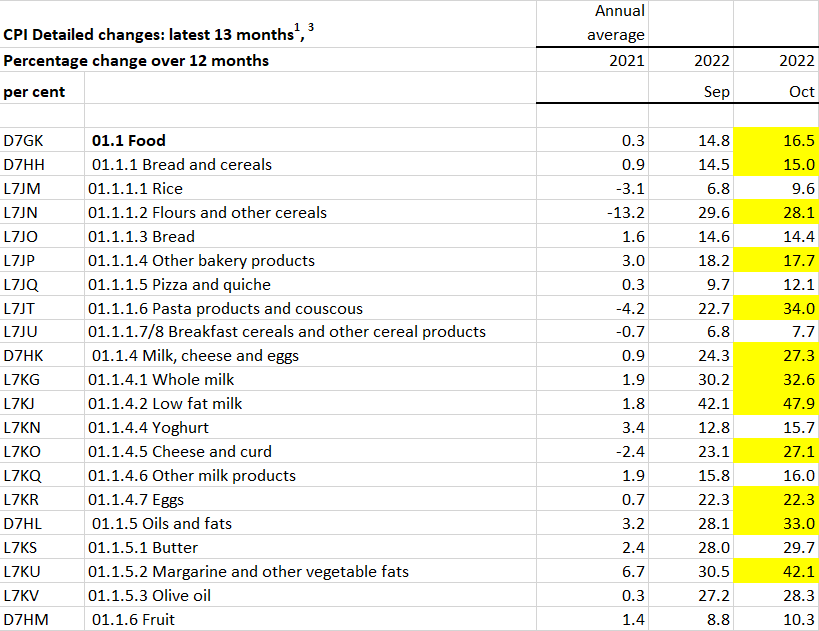 As always, it’s poor people hardest hit by inflation. The ONS noted that the cost of petrol and diesel had continued to fall – the only area of inflation where there was a significant decrease: 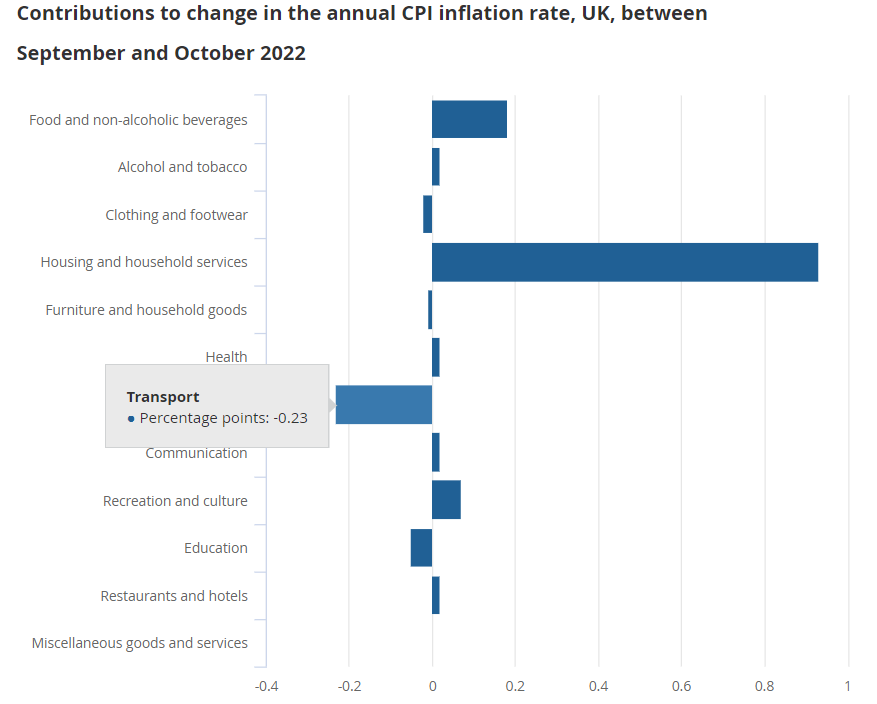 As the Canary previously reported, the fall in petrol prices benefits the rich most – as the majority of poor people don’t own cars. So, the inflation chaos is all looking very Tory – and it’s only going to get worse.

A bleak outlook for many

Chancellor Jeremy Hunt is giving his autumn statement on Thursday 17 November. This is where he’ll set the government’s economic policies. People are predicting that Hunt and the Tories will:

What this means is that the Tories are going to be hammering most of us with more austerity and income cuts. On top of skyrocketing inflation this will likely tip countless more people into destitution. We’ve got to this point largely thanks to the Tories – be it their disastrous Brexit, Liz Truss’s self-made economic carnage, or the decade of austerity and wage-squeezes which preceded all this. And now, we’re leaving it to them to try and get us out of this mess. 1970s Corbyn seems quite nice now, doesn’t it?