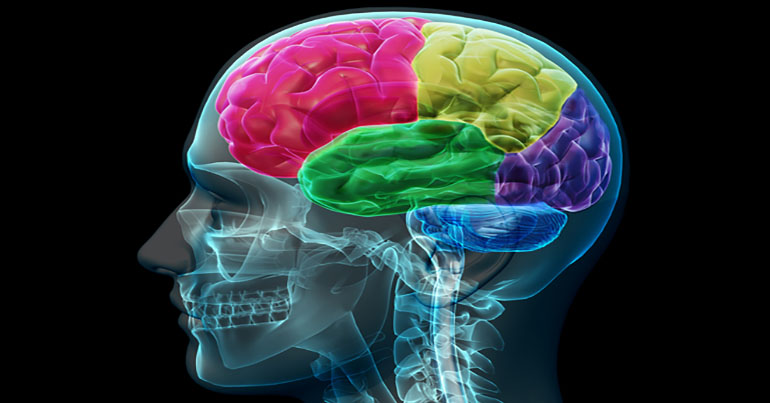 What is Alzheimer’s disease?

The NHS describes Alzheimer’s disease as:

a progressive condition, which means the symptoms develop gradually over many years and eventually become more severe. It affects multiple brain functions.

In the UK, Alzheimer’s disease is the most common type of dementia. According to the Alzheimer’s Society, around 850,000 people are currently living with some form of the condition.

One of the first signs of Alzheimer’s disease is usually minor memory problems involving mundane tasks like recalling what day of the week it is. Although many people associate memory loss as a natural part of ageing, for those who develop Alzheimer’s disease this simply isn’t just a result of growing older.

Ally Francesca, cultural studies graduate from City, University of London, often helps a family member who lives with dementia. She told The Canary:

We ask open-ended questions about their past, not about current news or what’s going on now because it can be confusing and make the person feel inadequate. People with dementia remember things like their past experiences or childhood well and talking about these subjects can help their cognitive abilities.

According to the Alzheimer’s Society:

This memory loss is often due to damage in a part of the brain called the hippocampus, which plays a very important role in day-to-day memory.

Memory also has an emotional aspect. Emotions influence what and how a person remembers and some memories can make the person feel a certain way. Memories can often be triggered by just one part of the memory, such as music or smell. People’s emotional memory is affected much later on in dementia. Before this happens, people can often remember how they felt about something, even if they can’t recall other details about it.

What are the Symptoms?

Symptoms can be difficult to recognise but include confusion, disorientation, problems with speech, ableness to physically move around, changes in behaviour or personality, hallucinations, low moods, and an increase in anxiety.

There is no one reason or cause as to why people develop Alzheimer’s disease and there is not one specific diagnosis to detect it. The NHS says factors such as increasing age, a family history of the condition, untreated depression, lifestyle factors and conditions associated with cardiovascular disease can increase the chances of developing the condition.

The World Health Organisation says that 50 million people have dementia across the globe and this number is projected to rise to 82 million by 2030. And the Alzheimer’s Society says that every three minutes, someone in the UK develops dementia.

Dementia is a syndrome associated with an ongoing decline of brain functioning which can affect a person’s memory, thinking skills, and other mental abilities.

To put it simply, dementia is not a disease in its own right. Dementia is the name for a group of symptoms that commonly include problems with memory, thinking, problem solving, language and perception.

How has coronavirus affected people with dementia?

It’s expected that people may feel isolated and alone during a time when there are ever-changing updates about what we can and cannot do in the global pandemic. For those who suffer from memory problems and who often feel confused about time keeping, both the safety measures and regional lockdowns have added a new, complicated obstacle.

Peter Newman, an English teacher living in the Scottish Highlands, told The Canary:

My mum has Alzheimer’s and can’t always remember the rules about social distancing. You have to be quite patient, taking the time to explain. My mum finds putting a mask on fine but when she gets quite hot she can get stressed and go into a panic response. I reassure her saying, ‘you are absolutely fine just breathe deeply and the mask will feel cool again’.

Francesca agrees that wearing masks has been a “real struggle” in helping family members with dementia:

My family try to support them by making life easier and visiting them in person so they see can physically see our faces. Due to Covid-19 restrictions having to wear masks is a real struggle.

As the government continues to update us about new measures to control the pandemic, the Alzheimer’s Society has created some simple points of advice for carers and those suffering from loneliness during periods of isolation:

It's normal to feel lonely sometimes, but if you don’t have people around you – or find it hard to stay in touch – you may start to feel lonely more often.⁣ ⁣ The coronavirus lockdown has left many people affected by dementia feeling lonely, isolated and disconnected from their loved ones. However, there are simple, easy steps you can take to help yourself feel better.⁣ ⁣ From writing letters to signing up to online communities and forums, read our top four tips on how you can combat loneliness. Tap the link in our bio for more information. 💙👥

It's important to look after yourself when caring for a loved one living with dementia, but we know it can be difficult to find the time and space to do so.⁣ ⁣ Looking after yourself is important for both you and the person you're supporting. If you can stay physically, mentally and emotionally healthy you'll be in a better position to be able to support others. Caring for yourself can also boost your relationships with family and friends.⁣ ⁣ Scroll through for our top tips on how to look out for yourself as a carer, and let us know in the comments below how you look after yourself. Tap the link in our bio for more information.

How can you help people with dementia?

There is no cure for Alzheimer’s disease or the majority of other types of dementia. But there are lots of resources available and there are some easy steps you can take to help, including:

The Global Voice on Dementia highlights why Alzheimer’s month is so important:

2 out of every 3 people globally believe there is little or no understanding of dementia in their countries. The impact of World Alzheimer’s Month is growing, but the stigmatisation and misinformation that surrounds dementia remains a global problem, that requires global action.

It’s therefore essential that we all have the knowledge and awareness to combat this and ensure we can support ourselves and our loved ones.

There are many online services and social groups that provide counselling, advice, and support, including: