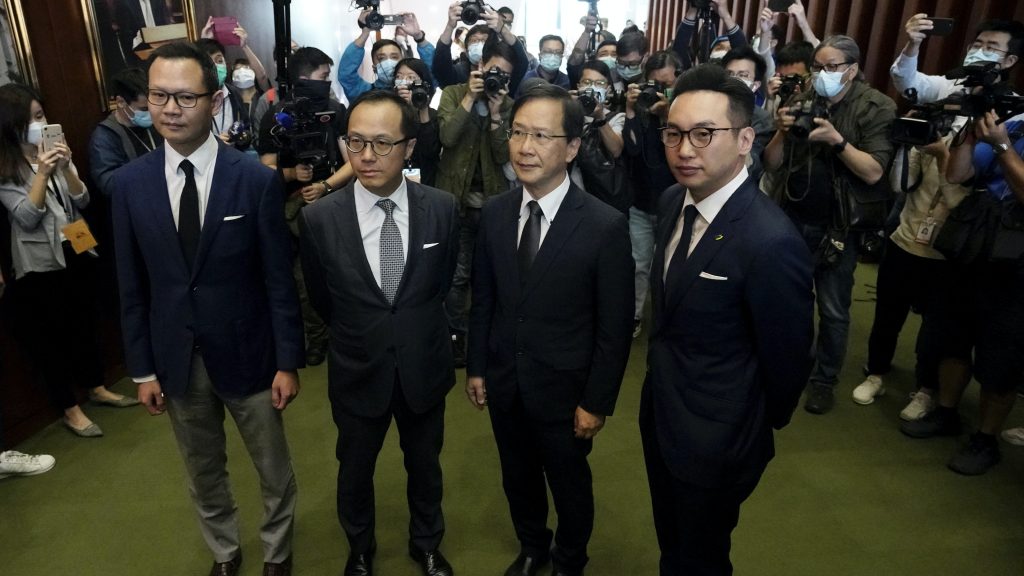 Hong Kong has disqualified four pro-democracy legislators. It comes after Beijing passed a resolution that would allow the local government to remove politicians from their positions if they’re deemed a threat to national security.

The disqualification came after meetings of China’s National People’s Congress Standing Committee on 10 and 11 November.

China’s official Xinhua news agency said the committee passed a resolution to disqualify those who:

“This is clearly in breach of basic law”

The four politicians are Alvin Yeung, Dennis Kwok, Kwok Ka-ki and Kenneth Leung. They confirmed that they were disqualified in a news conference. Dennis Kwok said:

In terms of legality and constitutionality, obviously from our point of view this is clearly in breach of basic law and our rights to participate in public affairs, and a failure to observe due process

On Monday 9 November, 19 politicians from the pro-democracy camp said they would resign en masse if Beijing moved to disqualify any pro-democracy legislators.

Earlier in 2020, the four now-disqualified pro-democracy politicians were barred from running for legislative elections. The elections were originally meant to happen in September before the government stated it would postpone them by a year. This was due to the coronavirus (Covid-19) situation. The four men later remained in their posts following the postponement.

The pro-democracy camp criticised the postponement as an attempt to block them from taking a majority of seats in the legislature. It came after they had held an unofficial pro-democracy primary to decide which candidates to field. 600,000 voters had participated in that process.

Hong Kong leader Carrie Lam was expected to hold a news conference to address the disqualifications.