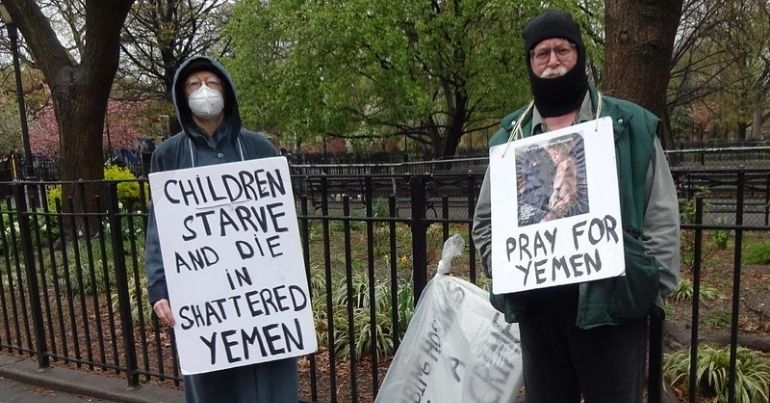 Thousands of people in Yemen are on the brink of famine, as a shortfall in aid donations leaves them without secure access to food.

According to the Integrated Food Security Phase Classification (IPC), 13.5m people in Yemen are facing high food insecurity. From analysis during October to December, the IPC found that about 16,500 people are facing a “catastrophe” level of food insecurity.

The IPC projected this to increase in 2021, leading to around 47,000 people enduring the highest level of food insecurity by June.

The projection comes after Yemen received less than half the aid donations it required for 2020. This has led to criticism of the UK government for its foreign aid cut and its continued support of the arms trade.

The situation in Yemen

The ongoing civil war in Yemen has caused a humanitarian crisis. The Houthi movement attempted to take control of the country in 2015. A coalition led by Saudi Arabia then intervened with an air campaign in Yemen, believing Iran was backing the Houthis.

After a missile was launched at Riyadh in 2017, the coalition tightened the blockade of Yemen. This led to a large increase in fuel and food prices.

As of this December, the UN estimated the war had killed 233,000 people. Around 131,000 are likely to have died from not being able to access healthcare, food and infrastructure. Thousands of civilians have also died in targeted air strikes.

In June, a fundraising summit raised only $1.35bn for Yemen, around $1bn short of the fundraising target for the year. This figure is less than half of the $3.2bn raised in 2019.

Yemen is now on the precipice, right on the cliff edge, below which lies a tragedy of historic proportions.

Of the humanitarian aid that has been funded, much of it does not reach the Yemeni people. Aid agencies have said that they found it difficult to obtain country-wide approval to provide aid in accordance with their principles.

The Houthis have blocked hundreds of shipments containing protective equipment to help Yemen deal with coronavirus (Covid-19). Shortages of medical supplies and healthcare sites have led the UN to warn that the pandemic could be especially deadly in Yemen.

Foreign Office statistics show that the UK provided £260m to Yemen in development assistance during 2019. This made Yemen the recipient of the fourth-highest amount of aid from the UK.

On 25 November, chancellor Rishi Sunak announced the UK would cut its foreign aid budget from 0.7% to 0.5% of national income. Estimates calculate this will amount to around £4bn less in aid spending. Charities and non-profits denounced the decision, saying it would be felt by “the world’s poorest”.

In addition, analysis in September by Campaign Against Arms Trade (CAAT) concluded that the UK has licensed at least £6.5bn worth of arms to the Saudi Arabia-led coalition.

The government announced that arms sales to Saudi Arabia would be resumed in July. This was despite assessing the Saudi Arabian forces as having committed “possible” violations of humanitarian law and a court ruling that previous arms sales to the regime were unlawful.

The humanitarian crisis in Yemen is the worst in the world, and it has been totally preventable. This is a man-made crisis that has been exacerbated by callous decisions made in Downing Street. Yemen definitely needs aid, but the most important thing is that the bombardment is brought to an end.