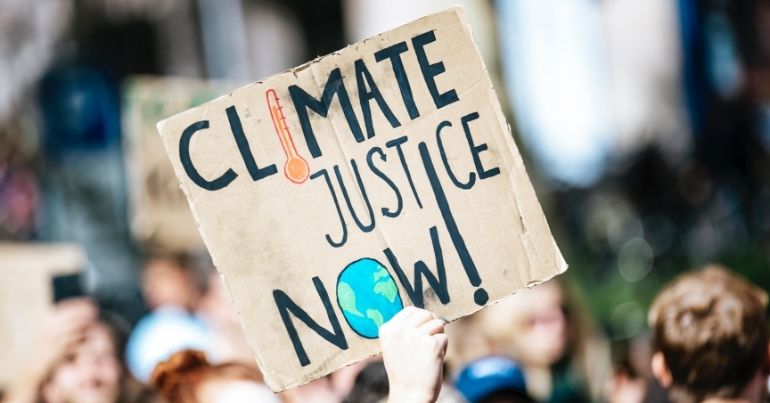 An Italian judge ruled on 3 January that three environmental activists who sprayed the Senate building in Rome with washable paint must stand trial. The action, carried out on 2 January, had sparked anger from Italy’s far-right government.

Laura, Davide, and Alessandro – who belong to the Last Generation group and go by their first names – are accused of criminal damage. They could spend up to three years behind bars.

Laura said in a statement that they were responding to the:

willingness of political and economic elites to deliberately choose to condemn much of the global population to drought, famine, war and death

Last Generation said the arrests were:

aimed at intimidating and criminalising those who are trying to bring attention to the real crime that this government is perpetrating.

The trial for the three arrested will begin on 12 May, their lawyer – Ilaria Salamandra – told Agence France-Presse (AFP).

“The defence hopes the court will change the offence,” reducing it to soiling rather than damage, she said. Soiling would be a lesser charge that carries a punishment of between six months to one year.

Stefano Feltri, editor of the left-wing Domani, wrote on Monday 2 January that climate activists in Italy were:

Last Generation began carrying out peaceful but disruptive protests in Italy last year ahead of the general election, urging politicians from all parties to make climate change their priority.

Activists threw paint at Milan’s famed La Scala opera house last month and have targeted artworks in museums. These are forms of direct action designed not to damage the works, but rather to highlight the risk of environmental disaster.

The protests in Italy are part of a series of actions across Europe to focus attention on climate change.

Activists have targeted masterpieces such as ‘Girl with a Pearl Earring’ by Johannes Vermeer at The Hague’s Mauritshuis museum, Klimt’s ‘Death and Life’ in Vienna’s Leopold Museum, and Van Gogh’s ‘Sunflowers’ at London’s National Gallery, hurling soup or other food at the paintings behind glass.