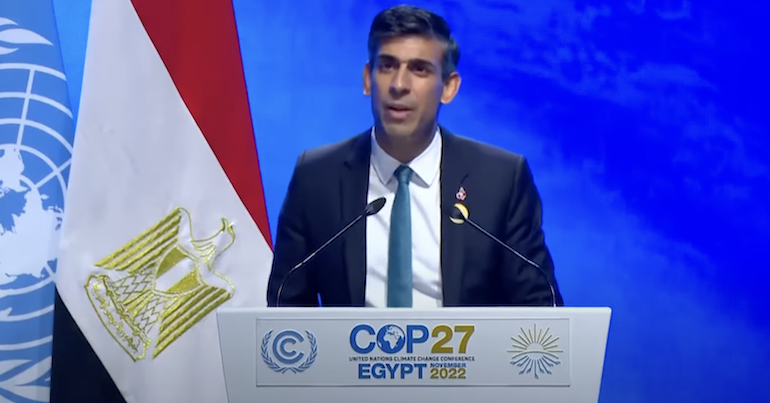 Towards the end of 2022, the UK government gave the go-ahead for the country’s first new coalmine in decades. It issued the controversial decision despite championing a phaseout of coal by countries at the 2021 UN climate conference.

The Times reported that campaigners are now on course to challenge the decision in the courts. Meanwhile, the government’s fossil fuel and energy plans face challenges elsewhere too.

The energy thinktank Ember describes coal power as “the single biggest threat to a safe climate”. As such, COP26 president Alok Sharma argued on Energy Action Day in 2021 that “we must consign coal power to history” to “avoid the worst effects of climate change”.

Just over a year later, however, the levelling up secretary Michael Gove greenlit a Cumbria coalmine. According to Gove, and a report by the Planning Inspectorate, the mine will have an “overall neutral effect on climate change” and won’t stop the UK reaching its climate goals.

However, the UK government’s own independent adviser on climate change – the Climate Change Committee – has calculated that the mine will create the equivalent of 220m tonnes of CO2 during its planned lifecycle. This includes emissions from burning the coal as well as producing it.

Fresh from signing the Global Methane Pledge last year, the UK government’s approval of a deep coal mine makes it look like a climate hypocrite on the world stage. Coal mine methane is a huge risk to climate. We don’t have time to waste on it being underestimated and under-addressed yet again.

Dubious judgments and errors in law

The Times reported that lawyers for South Lakes Action on Climate Change towards transition (SLACCtt) sent a pre-action letter to Gove before Christmas. They informed the levelling up secretary of their intention to potentially mount a legal challenge against the decision, laying out multiple grounds on which they may do so.

This action is now imminent, with the charity expecting to lodge the necessary papers for this next week.

Gove's decision supports FF extractors everywhere to claim the GHG from the USE of their coal, oil or gas is nothing to do with them because they don't have "control" over it. It might be a bit less, or there might be CCS…. 3/5

The campaign group has crowdfunded over £27,000 for the legal action. SLACCtt’s Maggie Mason said:

The planning inspector, supported by Gove, has made a number of dubious judgments and, we think, errors in law and the decision really must be challenged in court

In December, three environmental groups – Greenpeace, Friends of the Earth, and Uplift – also sent pre-action letters to the business secretary Grant Shapps. These letters explained the grounds on which the groups may legally challenge the government’s latest licensing round for oil and gas exploration in the North Sea.

One of the grounds is that the government doesn’t appear to consider the emissions from the burning of any extracted fossil fuels in its environmental assessment. This is a consistent issue across the board and the crux of a years-long legal battle against an onshore oil project in Surrey. The case is heading to the Supreme Court this year.

When it comes to carbon, our planning system has a major blind spot

Ministers keep greenlighting new fossil fuel projects without fully considering the climate-wrecking emissions from burning those fuels. That’s completely irresponsible. It’s like giving an unlit cigarette a quick sniff and concluding that it can’t do much harm.

Meanwhile, campaigners in Suffolk have applied for a judicial review of the government’s approval of the planned nuclear planet Sizewell C, which the energy giant EDF (Électricité de France) is behind. The High Court will determine whether to approve Together Against Sizewell C’s (TASC) application at an oral hearing.

As the East Anglian Daily Times reported, a spokesperson for Sizewell C has said that the plant will “provide reliable homegrown electricity” and secure “generations of jobs”. Ministers approved the project in 2022, despite the Planning Inspectorate recommending it be rejected over concerns about water and environmental impact.

Nature-focused groups have consistently raised concerns over the potential impact of the nuclear project on protected sites and species along the Suffolk coast. TASC has also warned that the plant “may not be adequately protected from the impacts of climate change”, a view shared by some experts. A TASC spokesperson said that they hope 2023 will:

see the realisation that our future and that of the planet is best served by recognising that the apparent panic to produce more electricity must be balanced by continuing and encouraging the welcome reduction in demand: making what we have go further through efficiencies and conserving it is the quickest and most equitable and achievable route to net zero.

In short, 2023 promises to be a year of stark legal action against the government’s planet-harming plans.