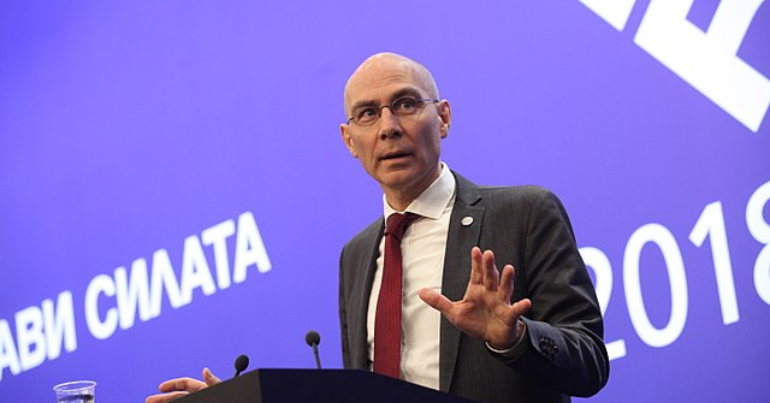 From Afghanistan and Iran to rampant misogynistic vitriol online, United Nations (UN) High Commissioner for Human Rights Volker Turk has said he was appalled at “systematic” efforts to strip women of their rights, but believed they would ultimately fail.

In an interview with Agence France-Presse (AFP), the UN rights chief said he wanted to visit Kabul and Tehran for direct talks with the authorities:

Afghanistan is the worst of the worst.

To repress women in the way that it is happening is unparalleled.

Turk said it was deeply worrying that nearly 75 years after the Universal Declaration of Human Rights, efforts to strip rights from women and girls were swelling:

I am very concerned about the backsliding and the pushbacks.

We see it in different ways, in insidious ways.

While misogyny and efforts to halt the march towards gender equality are not new, he warned there was now:

‘This cannot be the norm’

In Afghanistan, the Taliban last month banned women from working in non-governmental organisations. The group had already suspended university education for women and secondary schooling for girls.

The barrage of attacks on women’s rights by Afghanistan’s rulers, Turk said, should serve as a reminder:

of what perverted thinking can lead to.

This cannot be the norm in the future.

Turk said he wanted to visit Afghanistan. When his predecessor, former Chilean president Michelle Bachelet, did so last year, she issued stinging criticism of the Taliban’s record.

He said he would “find an opportune moment” to go, and would seek:

discussions with the de facto authorities about how to ensure that they understand that development of their country… has to include women.

Turk has also requested a visit to Iran, rocked by protests since Mahsa Amini died in custody in September after allegedly violating the country’s strict dress code for women. He said the Iranian authorities had yet to respond.

If able to go, Turk said he would again call for a repeal of “discriminatory practices against women and girls”. He also intends to raise the subject of the authorities’ brutal crackdown on the protests.

Oslo-based monitor Iran Human Rights says nearly 500 people have been killed in the crackdown, and thousands have been arrested.

In particular, Turk voiced alarm at the use of capital punishment in connection with the protests, with two such executions already carried out.

The death penalty, he said:

must absolutely not be used in this type of context under any circumstances.

Beyond actions taken by states, Turk pointed to social media:

where misogynistic, sexist comments seem to be allowed, … and thriving.

He stressed the need for “guardrails” to ensure that social media platforms “don’t add fuel to the fire”.

He stated that the algorithms such platforms use can:

very quickly ensure that hate speech gets amplified in a way that is very dangerous.

He told AFP he had initially planned to discreetly reach out to contacts in Twitter’s human rights department:

but we couldn’t reach any of them, because they had just been fired.

Since then, Musk has made numerous controversial moves, including reinstating people previously banned for misogynistic remarks and hate speech.

While alarming, Turk said he saw the current pushback against women’s rights:

as a last attempt by the patriarchy to show its force.

For me, it is the old world that is dying.