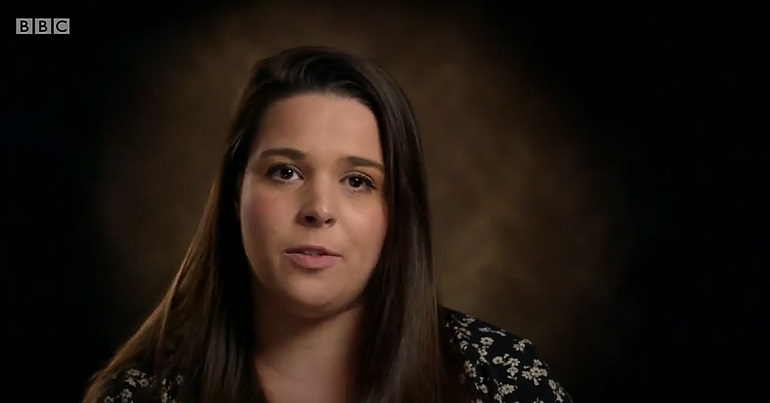 The BBC has made an admission about its controversial Panorama documentary about antisemitism in the Labour Party under Jeremy Corbyn. It has released what it says is further “context” to a member’s claims in the programme about abuse within the party. However, the BBC‘s disclosure prompts further questions about the programme – and about the broadcaster more broadly.

The Canary previously reported on BBC Panorama‘s Is Labour Anti-Semitic? documentary. The BBC broadcast the programme on 10 July 2019. As the Canary‘s Joshua Funnell wrote nine days later, one of Panorama‘s claims about allegations of antisemitism in the party already appeared at that point to be incorrect. Now, the BBC has made a further admission.

As SKWAWKBOX reported, the BBC has admitted it failed to apply context to comments made by one participant in the Panorama documentary. It made the admission on the Corrections and Clarifications page of its website on 14 December 2022.

The BBC noted that Panorama showed a participant making the following comments:

I’m Izzy Lenga, I joined the Labour Party in 2015… The antisemitic abuse I received was what I was subjected to every single day… Telling me Hitler was right, telling me Hitler did not go far enough…

In Labour Party meetings… we’ve seen people engage in Holocaust denial… and that’s terrifying for Jewish members… It absolutely breaks my heart to say but I do not think the Labour Party is a safe space for Jewish people any more.

You can watch Lenga’s comments from 8:11 below:

Panorama presented the implication from Lenga’s statement as being that during her time in the Labour Party, people “subjected” her to “antisemitic abuse” “every single day” – including “telling” her “Hitler was right”. We now know this was not true.

The BBC has admitted that it cut what Lenga said. It noted that if it was to “re-broadcast” the Panorama documentary now, it would include the following from Lenga’s testimony:

I’m Izzy Lenga, I joined the Labour Party in 2015… When I was a student… being quite a high profile Jewish woman student, I was subjected to quite a lot of like nasty vitriol and abuse… The antisemitic abuse I received… was what I was subjected to every single day… Predictably a lot of it came from the far right… neo-Nazi abuse… telling me Hitler was right, telling me Hitler did not go far enough and even more… What absolutely baffled me, was at the same time, I was receiving… very similar and almost often the exact same tropes and anti-Semitic abuse… from the far left.

Lenga was discussing her time on her university campus – not her time as a Labour Party member. This is something Al Jazeera‘s Labour Files series had previously claimed. When referencing “Hitler was right”, Lenga was talking about her experiences as a student in 2015.

She was giving the example of people putting up posters with those words on them around her campus. However, the point is it had nothing to do with the Labour Party. The BBC has claimed Panorama did not alter the second part of Lenga’s statement surrounding Holocaust denial in Labour Party meetings.

The Canary asked the BBC for comment. We specifically wanted to know why Panorama chose to edit Lenga’s comments in the way it did. A BBC spokesperson told the Canary:

Following a recent discussion about any potential re-use of the programme it was decided that, if the programme were to be re-broadcast, we would include some additional comments from Ms Lenga’s original interview to give viewers further context around her experiences. We have published these on our clarifications page in the interests of full transparency.

The Panorama programme was presented by John Ware. As Press Gazette reported:

In July 2020, [the] Labour [Party] apologised and agreed to pay “substantial damages” to Ware after it falsely accused him of “deliberate and malicious misrepresentations designed to mislead the public”.

The Canary asked the Labour Party for comment, specifically regarding whether, in light of the BBC‘s admission of the cutting of context from Lenga’s interview, the party still stands by its retraction and damages pay-out to Ware. The party had not responded at the time of publication.

Meanwhile, on 15 December 2022, Ware commented on Lenga’s antisemitic “experience[s] on campus”. This was in an article about Al Jazeera‘s Labour Files for Jewish News. He also discussed Panorama‘s editing of her comments. Ware said that:

At times, she was subjected daily to antisemitic abuse (on and offline) that included comments like “Hitler was right” and “Hitler didn’t go far enough” as well as Holocaust denial “with absolutely no sanctions and absolutely no repercussions”.

Lenga’s Hitler comments referred to attacks from the right when they were targeting her on campus. However, she also recounted Holocaust denial as a feature of abusive comments from the left.

As Lenga explained, the attacks from both left and right were “very similar… and almost often the exact same tropes”. Through no fault of her own, the fact they were similar meant these comments became mixed up in the editing and we should have made that distinction – Hitler from the Right and Holocaust denial from the Left – clearer.

Ware’s recollection of Lenga’s comments, though, is not exactly the same as what the BBC claimed she said in its 14 December 2022 correction. Ware continued:

A relatively minor slip, yet Corbynites have banged on and on about this, as if it invalidates the entire 59 minutes of Panorama. Presumably Al Jazeera knew that the Holocaust denial like that experienced by Lenga from the Left has led to expulsions of Labour members for neo-Nazi views. The antisemitism logs seen by Al Jazeera contain meticulous notes on such cases.

Frighteningly, during the process of a general election @BBCPanorama broadcast significant lies which coincided with Tory government propaganda. Just think about that.

The Izzy Lenga story is so astonishing that it ought surely to have set alarm bells ringing at the BBC for anyone with even the remotest familiarity with the internal culture of the Labour Party. It certainly did with a number of viewers.

The BBC‘s admission also begs the question: what, if any, context did Panorama remove from other participants’ comments, in addition to Lenga’s?

At best, Panorama‘s editorial decision was a poor piece of journalism – and at worst it may have been an intentional misrepresentation of Lenga’s comments, in an attempt to manipulate the viewer. Either way, the broadcaster’s admission only strengthens the argument that the BBC is not fit for its stated purpose of rigorous, unbiased, public service broadcasting.