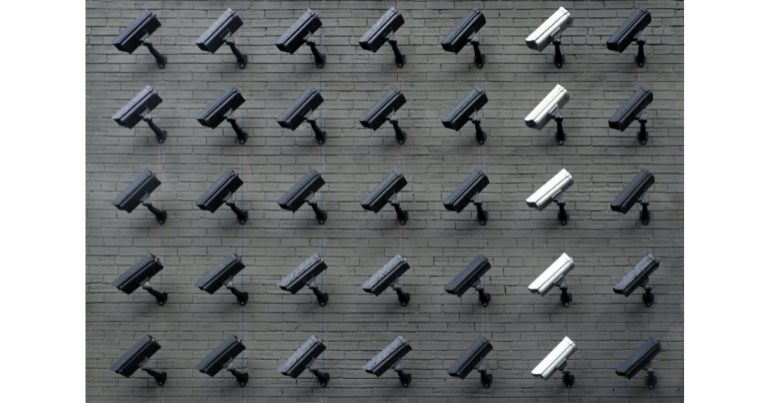 NHS mental health services already have worrying ties to the police. And now, damning new information has come to light. Counter-terror police have been working with community mental health teams in so-called ‘Vulnerability Support Hubs’. Mental health patients who are also considered at risk of potential ‘extremism’ are referred to the police. The police then follow up and monitor said individuals.

As part of the Investigations Unit’s #ResistBigBrother series, we’ve looked at the growing criminalisation of Muslims under counter-terror strategies. Now, we turn to police exploitation of mental health services for surveillance strategies.

What are these ‘Vulnerability Support Hubs’?

Medact, a non-profit, has uncovered information on these hubs through a freedom of information request. Its report found that these hubs have assessed thousands of people. While a pilot version of the hubs ran during 2016-2017, they’re now being rolled out under the name Project Cicero.

Most of the individuals assessed at the hubs are people who have been referred to Prevent whom the police suspect may have mental health conditions.

These individuals have mental health assessments carried out in the presence of police. The police subsequently remain involved in the patients’ care.

It is very clear from explicit statements in the documents that we obtained that police are asking health workers to surveil patients. They use the word monitoring; they talk about the need to establish what they call tripwires, which essentially means that something would trigger the referral if certain behaviours or certain speech is done by the patient. And that’s something which counter-terrorism police advise health workers to be aware of. So there they are performing a surveillance duty for the police.

These policies are all in line with the Home Office’s Prevent programme, which itself works on the idea of ‘pre-crime.’

The problem of consent rears its head here. Aked explains:

Indeed, the report states that:

the data shows that Muslims are disproportionately referred to the hubs, again in line with the wider Prevent programme.

It’s plain that the Vulnerability Support Hubs target Muslims. They also further complicate the problem of the standard of care Muslim mental health patients receive. Care that should be free from racist assumptions and prioritise patient confidentiality and safety.

The Canary reached out to the Department for Health and Social Care for its view on this new information. The department responded:

Healthcare practitioners recognise Prevent as part of their safeguarding duties and with over 300,000 patient contacts every day, the NHS has an important role to play in preventing vulnerable people from being drawn into terrorism.

A key part of Prevent is to enable frontline staff to recognise and safeguard individuals at risk from all types of radicalisation, referring them to pathways for appropriate support.

Aked explained to us:

Often national security is used as a reason for blanket lack of transparency on issues that need to be in the public eye and need to be publicly debated. That secrecy can provide a cover for problematic practices and a lack of accountability. And I think that’s what’s going on with these hubs.

Medact struggled to get information on what the hubs are and how they work:

Their activities have largely remained shrouded in secrecy, with very limited information publicly available. Therefore, the hubs’ work has been subject to almost no scrutiny from the media, scholars or the public. This lack of transparency is itself a major ethical concern since it severely limits possibilities for proper accountability

What does this ask of mental health workers?

Another severe implication of Prevent involvement in mental health support is the boundaries it asks mental health workers to cross. Under this model, NHS professionals would have to determine what may trigger a referral to Prevent. Again, the problem is that Prevent operates on a pre-crime basis. That means it targets, and potentially criminalises, people who may commit a crime but haven’t yet done so.

Aked told us about their hope that mental health workers would push back against this added pressure:

I think we would hope that health workers would be… pushing back against the further integration of security professionals, because the police’s fundamental mission is very different to that of healthcare. We don’t think any good comes from muddying the waters there between those two very different kinds of missions.

Aked also made it clear that this added burden for mental health workers is rather beyond their capacity and remit:

…we think they’ve been put in a really unacceptable position by government, which is essentially trying to corrupt health workers and make them an arm of the surveillance state…obviously, health workers, do share information if there’s a legitimate public interest, or some immediate threat of harm. But when we’re talking about pre-crime the thresholds for sharing information are not there.

Breeding suspicion based on racism

Moreover, there’s one fundamental issue with the Vulnerability Support Hubs. It’s that they rely on understandings of terrorism, extremism, and counter-terror that have a history of inaccuracy and racism:

Often the concerns of counter-terrorism police are quite spurious, very racialised, and that’s another reason these Vulnerability Support Hubs seem to have been created is that they actually just help police access health information.

In other words, Prevent’s pre-crime remit alone did not allow police to access information on individuals suspected of terrorism. But with the existence of these hubs, police now have access to patients’ private information.

The hubs are a way for Prevent to continue to spy on Muslims who are assessed as being pre-crime. Aked and Medact’s aim is to call attention to the problems of Prevent’s entanglement with mental health. This involves changing government policy, asking mental health workers to resist, and calling on professional bodies to review the measures.

Our recent investigation into Serenity Integrated Mentoring (SIM) bears many similarities here. SIM also provides an avenue for police involvement in mental health care. Evidently, such pressure is much needed.

A number of Muslim organisations have expressed their concern at the existence of these hubs.

The disproportionate rates of Muslim children being referred is also concerning – we need clarity on the reasons for this to ensure that judgements based on Islamophobia are not being made.

Medact’s report continues to evidence what has been a worrying trajectory of securitising public health through the instrumentalising of PREVENT. We support Medact’s recommendation on the immediate scrapping of the Vulnerability Support Hubs and go further to demand the complete severing of the toxic PREVENT agenda from public health.

We’ve documented how PREVENT will irreparably damage doctor-patient confidentiality, and undermine the trust under which all public sector interactions rely upon.

Making public sector workers the handmaidens of the state, not only erodes that trust but has made no tangible improvement to national security.

Blurring the boundaries of mental health care to allow police to monitor patients is an egregious abuse of police powers. It severely hampers the standard of treatment available to patients, places Muslims under suspicion, and puts more pressure on an already inadequate mental health service.