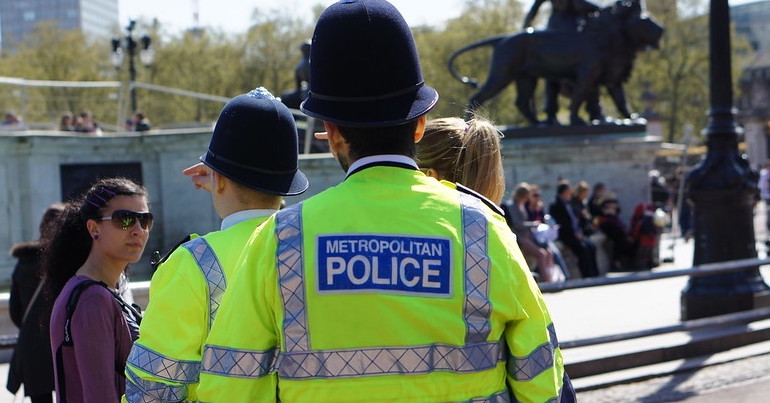 The recent Daniel Morgan Independent Panel inquiry has found the Metropolitan police to be institutionally corrupt. Unsurprisingly, the panel found the Met to be un-cooperative with the inquiry. However, the Home Office’s lack of support has gone largely unreported.

The panel found that:

the relationship with the Home Office as a department has been more challenging.

They state that while they were able to do some of their work, as the department who sponsor the panel:

the Home Office did not always advocate in support of the Panel’s requirements.

We can go further. It has been 34 years since the murder of Daniel Morgan. The panel’s findings are part of a bigger pattern of institutions slowing down the process of public scrutiny – if not sidestepping it altogether.

As part of the investigations unit’s #ResistBigBrother series, we’ve been pushing for access to information that needs to be publicly available. Our freedom of information (FOI) requests have come back with either partial or no information on a number of occasions. Most recently we asked for details on counter-terror raids and for details on Prevent funding. We didn’t get much back.

When we’ve spoken to other organisations during the course of our investigations, we find a similar story. CAGE struggled to find answers for a family who had their home raided with no further action taken. Medact told us they had to struggle to get hold of information via the FOI system in relation to counter-terror strategies. Research manager Hilary Aked told The Canary:

Their [Prevent’s] activities have largely remained shrouded in secrecy, with very limited information publicly available. Therefore, the hubs’ work has been subject to almost no scrutiny from the media, scholars or the public. This lack of transparency is itself a major ethical concern since it severely limits possibilities for proper accountability

What’s the problem with this?

There may well be good reasons why FOI requests come back with no or partial information. However, this becomes a problem if institutions are avoiding questions in order to protect their own reputation. The panel found the same issue in relation to accessing information about the Met:

The Panel recognises the complex challenges of guaranteeing public accountability of an organisation such as the police, not least because of the requirement to protect information in accordance with the law. However, the challenges should not prevent frank and prompt accounts to the public about mistakes and wrongdoing.

Daniel Morgan’s case is a stark example of institutional corruption – which the Home Office did not assist to a full extent. The panel continue:

Rather than undermining public trust in the police, such candour [openness] would in the long run restore and maintain public confidence, which is essential for effective policing. The Panel agrees with other independent inquiries about the need for a duty of candour for public services, including the police. Such a duty of candour would not result in any compromise of the necessary protection of information in accordance with the law.

These other inquiries the panel refer to include the Stephen Lawrence inquiry and the Hillsborough inquiry.

The panel’s concern for candour about corruption has a direct connection to recent concerns about a lack of openness from the government. OpenDemocracy published a story on a secretive government department which appears to vet FOI requests:

it now emerges that government departments and non-departmental public bodies have been referring ‘sensitive’ FOI requests from journalists and researchers to the Clearing House in Gove’s department in a move described by a shadow cabinet minister as “blacklisting”.

A study from the London School of Economics (LSE) also found a number of problems for journalists trying to access information:

This, alongside the findings of the panel – as well as The Canary’s own experience with the FOI system – is very troubling. If journalists and independent inquiries can’t access information that would enable the process of public scrutiny, how can the public? How can there be scrutiny of governments and other institutions?

We asked the Home Office these questions, but it refused to respond. It did point us to home secretary Priti Patel’s comments on the Daniel Morgan inquiry in a statement to Parliament. Patel said:

Mr Speaker, the report itself is deeply alarming and finds examples of corrupt behaviour were not limited to the first investigation, that the Metropolitan Police made a litany of mistakes, and that this irreparably damaged the chances of a successful prosecution of Daniel Morgan’s murder.

The report accuses the Metropolitan Police of a form of institutional corruption.

Police corruption is a betrayal of everything policing stands for in this country.

It erodes public confidence in our entire criminal justice system.

It undermines democracy and civilised society.

The panel has already made it clear that the Home Office got in the way of the inquiry. If corruption does indeed erode public confidence and undermine democracy, the same questions rear their head for the Home Office.

Meanwhile, when we reached out to the Met for comment, they told us:

We are considering the Daniel Morgan Independent Panel report and will need time to review its contents and recommendations. We remain in contact with the Home Secretary and the Mayor, and will respond fully in due course.

Met Police chief Cressida Dick has refused to resign, but there are much larger issues here.

In order to pick apart some of these issues, The Canary spoke to Netpol’s Kevin Blowe:

The Panel’s call for a duty of candour from the police is one of its most important recommendations, because the Metropolitan Police in particular, but policing in Britain more generally, has an obsessive culture of secrecy.
The search for truth and accountability about Daniel Morgan’s death is not the only investigation to have suffered from this institutional rejection of transparency. The Undercover Policing Inquiry has for years faced police obstruction over the release of information, including evidence of the shredding of documents.

A lack of openness, or candour, from the Met Police has been matched with a similar lack of openness from the government. Corruption cannot be rooted out with singular or piecemeal approaches.
If Britain does have a culture of secrecy, not only in the police but in institutions more generally, this presents serious problems. Blowe continues:

At the same time, anyone who has ever tried to obtain documents using freedom of information legislation has discovered the police’s fondness for “law enforcement” or “national security” exemptions that shut down the search for greater understanding about the way policing operates. Forces routinely fail to meet their legal duty to respond promptly and many of the most interesting discoveries from FOIA requests have taken a protracted battle, sometimes for a number of years.

If FOI requests are rejected, claimants can appeal to the information commissioner, but this is often lengthy and complex. If a duty of candour was actually enforced, as the panel recommend, the impact would be great:

A duty of candour would make an enormous difference in helping people to challenge the police’s secrecy culture. I suspect that is why the Home Secretary will quietly sideline the idea.

The findings of the independent panel on the Daniel Morgan inquiry are no doubt heartbreaking for Morgan’s family. They also show a culture of secrecy and protectionism from institutions who should be accountable to the public.

Indications from the panel that they were not fully assisted in their work by either the police or the government fit into a pattern of an undemocratic lack of candour. To see this reflected in requests from journalists is downright scandalous.