Exclusive: Met Police refuses to tell us if it holds information on The Canary - The Canary 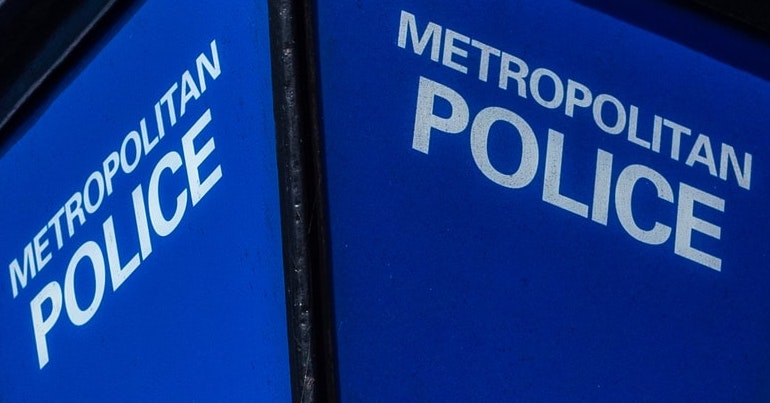 The Metropolitan Police response to a freedom of information (FOI) request has, once again, left us wanting. As part of the #ResistBigBrother series, we’ve been monitoring potential ways that police forces have been sidestepping public scrutiny.

Whilst the FOI Act exists to open up public access to authorities, many journalists have been having trouble with it. As The Canary previously reported, the Home Office has had to remind its press officers of a duty to impartiality after we uncovered their inconsistent responses to us. We also reported on an Open Democracy investigation which uncovered a possible ‘Orwellian’ unit that blacklists certain journalists:

the idea of a unit being designed and set up to screen journalists is incredibly troubling. By suppressing the freedom of the press, authorities run the risk of destabilising democracy and violating the public’s right to freedom of information.

What happened this time?

We got in touch with the Met Police and asked it if it could show us any correspondence that mentioned either The Canary, Network for Police Monitoring (Netpol),or CAGE. The latter two organisations both work to challenge excessive policing in a number of contexts. The Canary has worked with Netpol and CAGE a number of times, often on police monitoring.

We asked for any information it may be able to provide via the correspondence of the Specialist Operations Assistant Commissioner, the Head of Security and Protection, the official in charge of Counter Terrorism Command, and the Chief Digital and Technology Officer. We also asked for information from certain databases that may mention any of these three organisations.

The response came that it refused to confirm or deny if it held information on any of the above counts on the grounds of:

This isn’t the first time we’ve either had, or seen, a FOI request denied on the grounds of national security. Indeed, when we showed the National Union of Journalists the full FOI response we received, it shared some of our concerns. An NUJ spokesperson said:

The NUJ remains concerned that some FOI requests have been blocked on the grounds of national security. Freedom of Information legislation was brought into law to make public authorities more transparent and accountable, yet what we are seeing in practice is the use of the legislation to block, deter or prevent access to information that should be in the public domain.

When The Canary showed the full response to Netpol, it had a similar reaction. Campaigns coordinator Kevin Blowe told us:

Considering the police’s long history of retaining data on a huge number of campaigners without justification, you’d think the Metropolitan Police would be eager to show they now act proportionately, by confirming that they do not hold records on groups like Netpol or CAGE and especially a media organisation like the Canary.

Is this information a threat to national security?

That remains to be seen. But, the point made by the NUJ and Netpol is an important one. If national security concerns are being used to block the release of information that should be available to access, this has terrible implications for freedom of information.

The Met Police explain its decision further in its response:

Modern-day policing is intelligence led and which is particularly pertinent with regard to law enforcement. The public expect police forces to use all powers and tactics available to them to prevent and detect crime or disorder and maintain public safety. Any information identifying the focus of policing activity could be used to the advantage of extremist or criminal organisations.

The Canary is a media organisation. It is difficult to see how a news outlet that specialises in monitoring egregious police activity could have information about itself restricted because of these type of security concerns.

What information could the Met Police hold on The Canary that, if disclosed in a FOI request, would compromise national security?

It’s standard practice for FOI responses to show how they reached their decision. They’ll show the arguments for releasing the information, and then discuss if this is overtaken by other grounds. In this instance, the decision to neither confirm nor deny involves balancing a test of public interest against national security.

When explaining this, the Met Police says:

By confirming or denying whether or not the MPS had an interest in CAGE, The Canary and Netpol would mean that law enforcement tactics would be compromised which would hinder the prevention and detection of crime. Police tactics and methodology are re-used and are known to have been monitored by criminal groups, fixated individuals and terrorists.

What jumps out here is the term “fixated individuals.” The Canary asked the Met Police’s information manager to explain, and they told us:

A fixated individual refers to a person who has an intense or obsessive interest in another individual, place or cause.

In regards to its use in your response, the fixation relates to an interest in police tactics, methodology etc.

What’s wrong with that?

Given the nature of both CAGE and Netpol’s work, using this definition, they could well be classed as fixated.

That itself is the problem with the apparent stonewalling of information happening here. If individuals show an interest in police tactics and methodology, it is perfectly conceivable they do so because they’re concerned about excessive police tactics, the targeting by police of minority communities, and overall harm the police may be perpetuating. Does that necessarily make them ‘fixated’, ‘intense’ or ‘obsessive’?

We’d go further and argue that such a characterisation – particularly one that groups ‘fixated individuals’ with criminal groups and terrorists – is deeply troubling for the function of freedom of information. Of course, excessive requests and abuse of the FOI system would be a concern for authorities. But, that’s plainly not what’s happening here.

Blowe also made it clear that the lack of access to information through legitimate channels makes a mockery of the FOI system:

Britain’s freedom of information laws are so weak and police transparency so absent that the Met might as well tell everyone, upfront, never to ask about any aspect of its intelligence capacity – even though this is a legitimate and widely reported issue of public concern – because the answer is always “not now, not ever.”

The bottom line is that individuals who pay attention to police tactics with a view to combating historical and well-documented police abuses should not be seen as fixated. We’re not wrong to be suspicious as to why these FOI requests are being blocked.