Cameron & Boris to star in 'Only Fools & Horses' reboot - The Canary 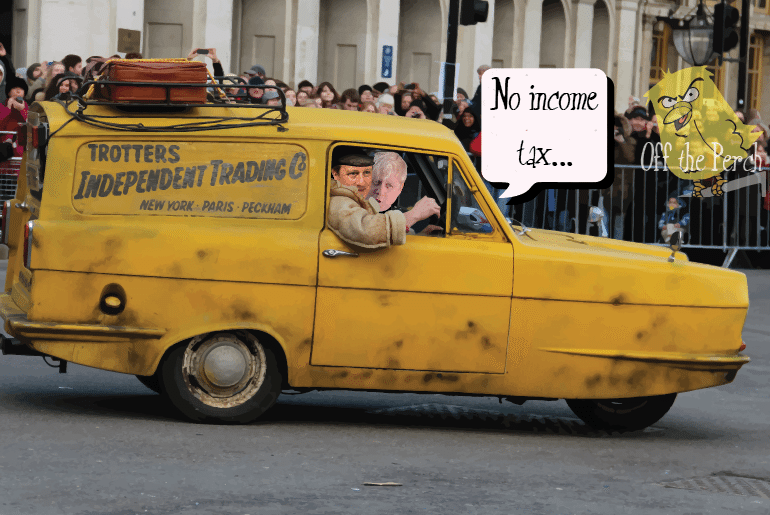 Having found themselves unexpectedly out of work as a result of their own short-sighted pig-headedness, David Cameron and Boris Johnson have been pondering what the future holds for them next.

They didn’t have to wait long to find out, however, as an offer has already come in from their good friends at the BBC – an offer for the hapless conmen to feature in a reboot of ‘Only Fools and Horses.’

We spoke to the BBC’s Head of Insidious Tory Agenda Promoting Programming to find out what to expect:

The new series will be a lot like the original – with the Trotters pulling off a series of obvious and fruitless cons, only instead of working from a tower block, they’ll be running the country, and instead of driving a Robin Reliant into the ground, it’ll be the NHS.

We’re being told that it’s important that the public see characters like dodgy Dave and bungling Boris as loveable yet hapless rogues, and so we’ll be combining elements of their political careers with scenes from the original series. The sketch in which they drop the wrong chandelier will be in there, but instead of a chandelier plummeting to its doom, it will be the pound.

The only real problem is that we can’t work out which of them is the bigger Rodney. We tried Cameron for a bit, but whenever we had Trigger refer to him as ‘Dave,’ the plonker would answer, ‘yes, call me Dave.’

The other way was even worse, as whenever Cameron was in charge, Boris would immediately try to stab him in the back with whatever was to hand – said items having so far included a foot-long sandwich, a rolled-up copy of Heat magazine, and a stuffed flamingo.

Although the BBC and the rest of the media have been doing their best to undermine Jeremy Corbyn’s leadership so that he can quit politics and play Grandad, it’s currently looking like he isn’t going anywhere.