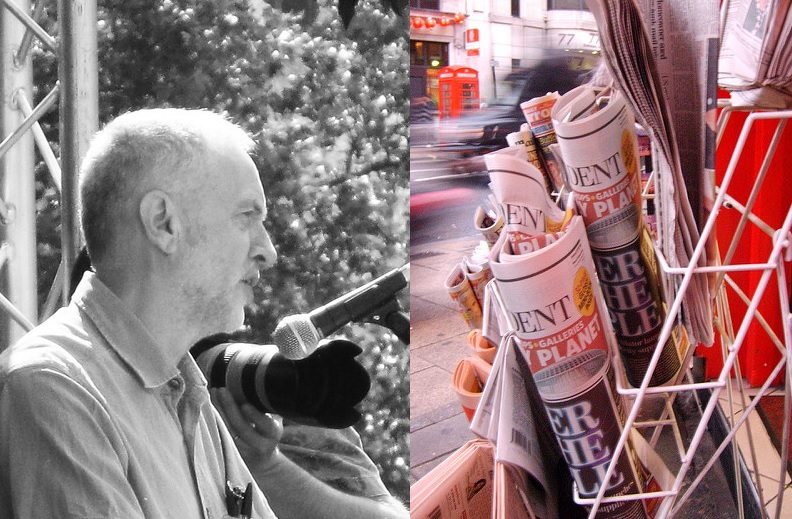 Members of the new Shadow Cabinet, appointed by Jeremy Corbyn following the coordinated mass resignations of his previous one, are planning to rebel against him. Or, at least, that’s what The Mirror are telling people. But it seems the publication’s ‘story’ is exactly that, a work of fiction, exposing the hysterical depths the media are willing to go to in its attempt to oust the Labour leader.

The Mirror‘s piece is headlined “Jeremy Corbyn facing a SECOND Shadow Cabinet rebellion in less than a week” and ran on 30 June. It claims that six members of Corbyn’s “new-look Shadow Cabinet” are “planning to meet with the beleaguered Labour leader”.

Of course, it is actually the Shadow Cabinet’s job to meet with its leader. But, The Mirror tells us, this isn’t going to be any old meeting. No, according to a “Labour source”, in this meeting:

They [the Shadow Cabinet] are going to tell Jeremy that he needs to have a long, hard think about his position.

The Mirror specifically mentions the Shadow Home Secretary Andy Burnham and Shadow Defence Secretary Clive Lewis as being involved in this new offensive. Except they aren’t. And, unfortunately for The Mirror, they’ve made that public.

Mail on Sunday commentator Dan Hodges obviously got wind of the “rebellion” and tweeted about it. But this was quickly debunked by Burnham:

Lewis also challenged the assertion with The Mirror directly:

.@MirrorPolitics I told you last night this was untrue.Corbyn stays or goes thu the democratic process of our Party https://t.co/sKWBBMoHA5

So, it seems the story has no grounding in reality. And, as Lewis states, The Mirror were told that categorically by a key figure in the alleged rebellion, but they ran with the story anyway.

The Mirror is one of numerous media outlets to have jumped on the anti-Corbyn bandwagon since Labour MPs staged a coup against the Labour leader following the EU referendum. As we reported on 27 June, the BBC have ruthlessly cherry-picked leaked information from Labour sources to insinuate Corbyn’s office tried to “sabotage” the Remain campaign. And according to the Shadow Health Secretary Diane Abbott, that’s not the only ‘creative’ reporting the institution has undertaken over the last few days:

Here I am on the HOC terrace, yet the BBC is reporting that I am blocking JC office door! pic.twitter.com/CzpbKzXNqo

Sky News has censored their own reports on the Labour coup, seemingly to whitewash connections between itself and the plotters. And almost all media institutions pounced on a comment Corbyn made at the launch of a report on antisemitism undertaken by the Labour party to brand him as – yes, you guessed it – antisemitic.

Miraculously, in light of this unified assault by the media, Corbyn is retaining his popularity. Crucially, he has also received the backing of many unions, who are an integral part of any legitimate Labour party. Perhaps, with the country divided over Brexit, the Labour party savaged by MPs, and the media stoking these fractures with glee, Corbyn’s message is resonating:

United we stand, divided we fall is one of the oldest and truest slogans of the labour movement. pic.twitter.com/du7D9oxUX3

Sign this petition if you support Jeremy Corbyn, and haven’t done so already.