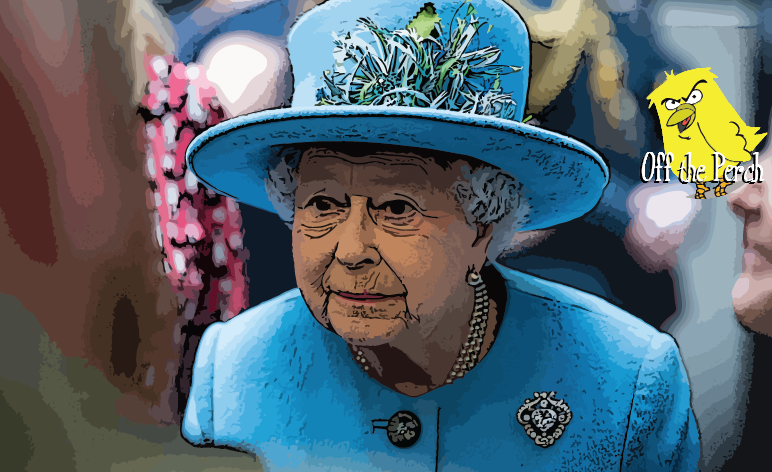 The Queen has delivered an impromptu response to the triggering of Article 50, which starts the two-year countdown to the UK leaving the EU. The statement was recorded on an iPhone in a Buckingham Palace bathroom, and features a tired and emotional monarch.

The reaction of Her Majesty The Queen

With her crown askew, and apparently adorned with Ferrero Rocher wrappers, the Queen sits on the lid of a Buckingham Palace toilet. Several empty gin bottles adorn the cistern behind her. The identity of the person filming is not initially apparent, but the footage is handheld and the Queen has both hands free. In one, she holds an Embassy No. 1 cigarette which she consumes in four long drags. In the other, a copy of Theresa May’s letter to trigger Brexit.

“Well isn’t thish all jusht a f*cking delight?!” She waves the letter at the camera.

Her Majesty begins to read the letter aloud, apparently impersonating Prime Minister Theresa May. She breaks off:

Shixty-five years! Shixty…Five…Years. Of blemish-free service. Then this kitten-heeled despot is in the seat five minutes and she’s killed the Kingdom! We are royally f*cked!

The Queen leaves the toilet seat and moves to a dartboard fixed to the wall-length bathroom mirror. In place of the bullseye is a portrait of former Prime Minister David Cameron. Glaring at the portrait, the Queen says:

And don’t think I’ve forgotten your role in this Mr Cameron, you ham-faced aristotwat!

The identity of the cameraperson is revealed

As the Queen continues to berate David Cameron and Theresa May, the identity of the person filming her is revealed. They can be seen reflected in the mirror. Prince Philip is grinning broadly, with a cigarette between his teeth as he films the Queen with his iPhone. His hair is tousled and he is wearing only a grubby white vest.

Off The Perch was unable to release the footage, after the government issued a D-notice to the media. Actually, we’re not even sure we’re supposed to say that. Anyway, it happened.