Problems in the UK ‘someone else’s fault’, claims UK government - The Canary 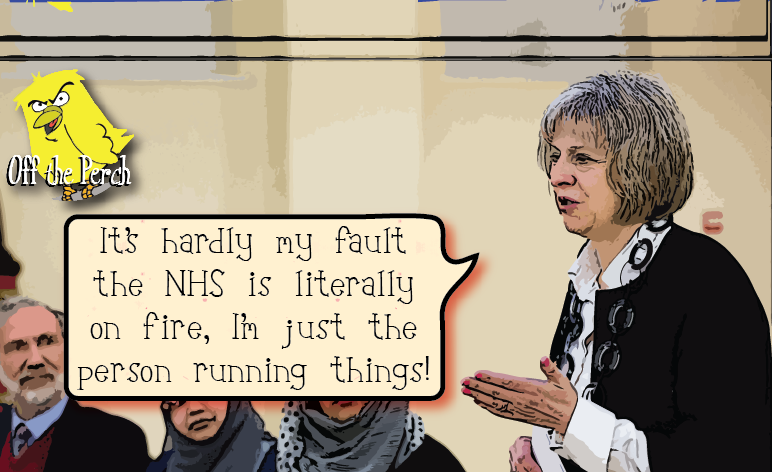 The Tories have been in charge of the UK for seven long years now. And in that time, one thing has remained constant. That no matter what’s going wrong with the country, you can tell the people one of two things:

The Tories are masterminds at this.

Wondering how they’ve managed to create more debt than every Labour government combined?

Well, that was because Tony Blair spent too much on stationery in 1997. And although we’re so good at the economy, he was so bad at it that a situation has been created that even we can’t turn around.

Wondering why the NHS is on its knees?

Well, that’s because people keep getting sick, isn’t it? Imagine if you were trying to run a car mechanic’s and people kept bringing broken cars in? Or you ran a bakery and people kept coming in for sausage rolls?

HOW WOULD YOU GET ANYTHING DONE!?

And you’re probably wondering why you’ve got less money now than you had 10 years ago?

Well, the economy is growing, so obviously you can’t fucking count. And if you think it’s because the country’s money is pooling in London – being sucked down like a flushing toilet – then maybe you should get on your bike and get a job as the CEO of HSBC or something you lazy, fucking pleb!

YOU NEED TO GET IT IN YOUR THICK HEADS!

WE ARE THE STRONG AND STABLE GOVERNMENT!

AND ANYONE WHO QUESTIONS THAT (OR READS THE UNTOLD FACTS TO THE CONTRARY) IS AN ENEMY OF THE PEOPLE!