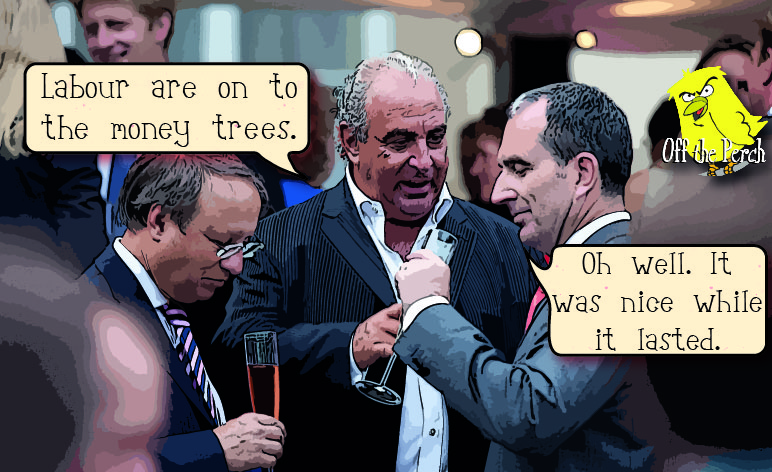 The Sun “news” paper has repeated the Tory line of Labour funding its policies with a “magic money tree”. Despite Labour having actually costed its manifesto. And despite the Tories’ manifesto involving less calculation than a drunken skateboarding accident.

The thing is, though, that money trees are actually real.

Wily journalists got wind that the Tory party and its crooked supporters may be hiding money trees offshore:

But little could they know that there was an entire forest of the things. A forest which was transferred on to Sir Philip Green’s mega-yacht to keep them hidden.

Unfortunately for the offshore class, the yacht crashed back into port; the ship’s captain allegedly having taken ill after snorting ground-up money, off a 24-carat gold table, through a £5,000 note.

According to the botanist who studied the trees, they actually sustain themselves from human endeavour. So when you have a society that works hard, the trees blossom with money. And this money can then feed the people who nurtured the trees. The pennies they cultivate being the seeds from which future money trees will grow.

What the Tories realised, though, is that they could hide these money trees away. Which meant our endeavour still made them grow, while the delicious, sterlingy fruits of our labour went solely to the 1%.

Having been kept in dark offshore basements for so long, our money trees have grown somewhat warped. But top botanists say that, with a bit of TLC, the forest is more than large enough to keep all of us sheltered and fed.

Michael Gove argued against this idea, saying that “people are tired of botanists”. A claim which was met with the response: