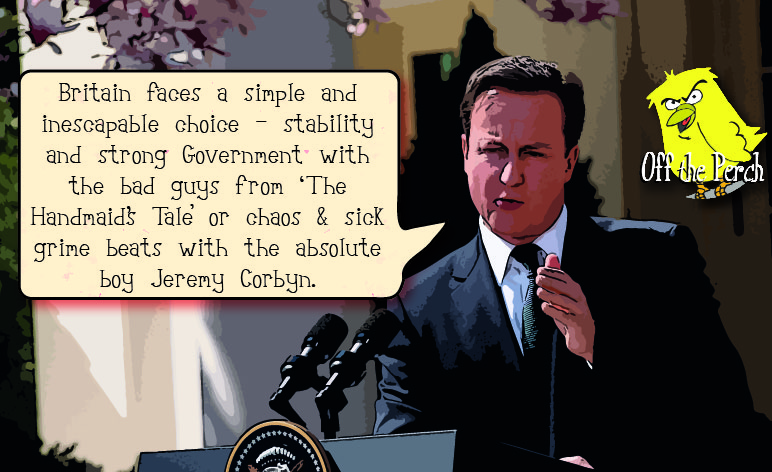 Theresa May is famous for pioneering the dual virtues of strength and stability. But she wasn’t the inventor of these sacred British ideals. Because that distinction goes to her predecessor, David ‘Stability McStrongface’ Cameron:

Britain faces a simple and inescapable choice – stability and strong Government with me, or chaos with Ed Miliband: https://t.co/fmhcfTunbm

And now, the strong one has returned with a message for all those who doubt the DUP deal’s ability to provide the SS (strength & stability) we need:

Task facing PM, given the circs, is to deliver the most stable govt possible – today's DUP deal helps achieve that. All Cons should support.

A legacy of SS

Cameron practically drips with SS – like a spit-roasted hog basting in its own juices.

In his years of perpetrating SS, Cameron managed to create very much from very little – like a gammon-faced Jesus feeding 5,000 people with nought but a ham sandwich and a packet of pork scratchings.

It’s just that he’s also earned the right to have rotten vegetables thrown at him whenever he does.