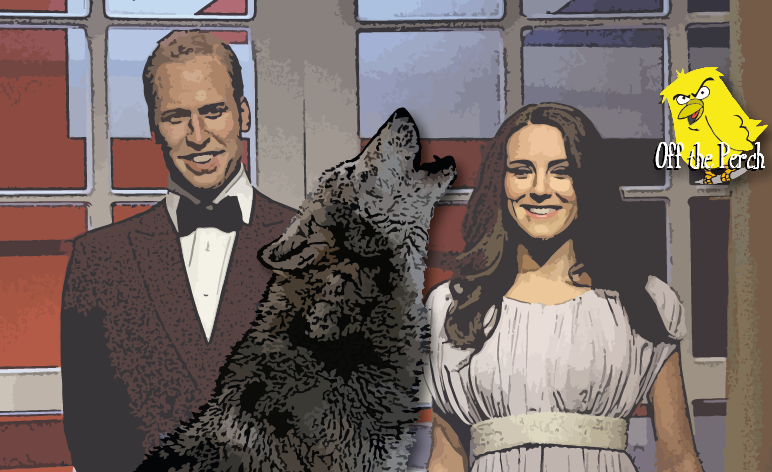 The Tory government has introduced a policy which means benefits will be restricted to a family’s first two children. Which is now an issue for the Duke and Duchess of Cambridge, as the pair have decided to recklessly procreate and bring another one of those awful human beings into the world.

Off with their benefits!

The first stage of the two-child policy saw benefits being withheld from superfluous people (ie children). The second stage is upping the ante though, and parents will be given the following options for their pointless progeny:

The Royals have chosen for their upcoming surplus child to be raised by wolves. It’s understood that they chose this option because they thought it would be like a Disney cartoon or something. Their belief being that one day the child would return to claim what is rightfully theirs.

A leading expert in animal behaviour thinks this is unlikely, however. They told Off The Perch:

Yeah, I don’t think these wolves are going to be raising any children. That’s not really the sort of thing wolves do. They might eat the child. Especially when they find out what these aristocrats like doing to foxes.

Of course, there was no question about maybe funding this third royal sprog. Because we’re all in it together!

So of course the Duke and Duchess knew that the country could not fund a third infant. Because obviously that would suggest there’s one rule for the royals, and one for the people who should really keep their mouths (and legs) shut.