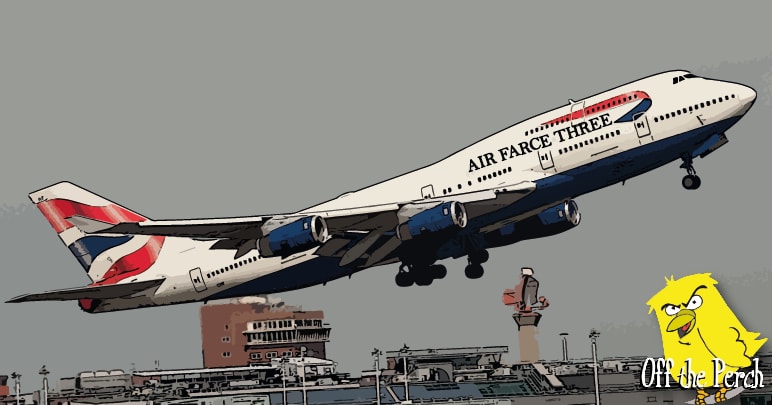 Britain is facing many problems. They include:

The solution to none of these problems is building a third runway at Heathrow.

When it was put to the government that no one can afford to go on holiday, a spokesperson said:

Thankfully not, no. People are a lot happier when they get leisure time, which is why we put a stop to it.

Lots of people are coming to visit the UK, however.

When the UK’s various bigots got wind of this, they were incensed. A statement from the ‘Axis of England Fashists’ [sic] read:

We don’t want them coming over here, thanks. We voted for Brexit and that means they have to stay in their own countries and be jealous of how good England is.

Sorry, what we meant was a lot of Russian oligarchs are coming over. They’re planning on buying up all the housing estates we’ve run down and turning them into luxury flats that nobody lives in.

Coming in to land

Yes – but anyway – the runway.

It’s shite, and everyone knows it. In fact – it’s basically the symbolic equivalent of having the climate change minister taken outside and shot.

We’re going to get it anyway, though, because it will make the rich slightly richer. And although it will also create new jobs, it’s unlikely they’ll pay enough for people to take holidays.

We just don’t really do those sorts of jobs any more.