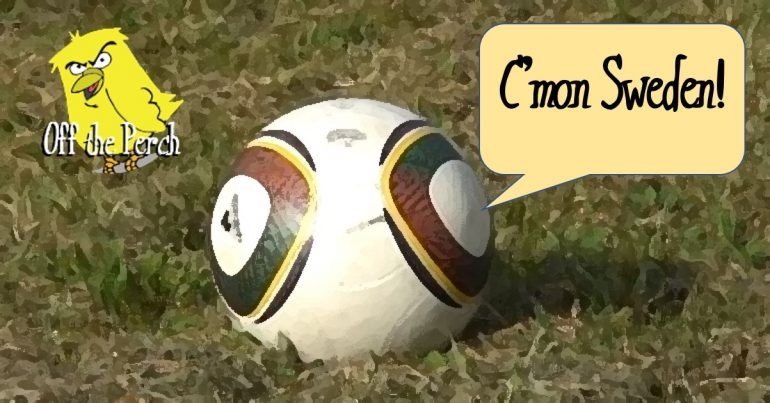 Football’s coming home. The whole nation feels it. But does it actually want to?

The Canary tracked down the football in question. It’s worried:

I haven’t been home since England last won the world cup in 1966. To be honest, I don’t want to return. Since Germany won in 2014, I’ve been living in a quaint German village. As an 88 year old, I don’t want to live in a country that asset-strips the elderly and then warehouses them like second-hand furniture.

When The Canary‘s reporter mentioned Brexit, the football noticeably deflated:

England is committing economic suicide just so a bunch out of touch toffs can settle who is going to run the country into the ground next. I think I have no choice but to apply for EU citizenship. I thought I was safe when the last match went to penalties but they bloody won! On Saturday at three, I’d prefer to be hiding behind the sofa in a Sweden shirt.

The news of the interview soon filtered through to the right-wing press who were absolutely baffled about what to think. At the monthly ‘how to pretend to be for the people but actually benefit the elite’ meeting, the following conversation ensued:

We still want England to win because we are English so we like England the best.

But what if this elderly snowflake football rolls back into the country talking about the perils of Brexit? That will be a big blow to the dream of tax haven Britain.

It’s tricky. Not supporting England would be suicide, but we agree this football poses a risk. Why don’t we support the lads, and then when the football comes home, we can organise for it to be pushed into the road and hit by a car?

Then we can blame it for using up NHS and social care funding, making it seem like we care about health provision without having to challenge the real causes of underfunding!