REVEALED! Right-wingers gag their mouths because they talk out of their arses anyway - Canary Workers’ Co-op 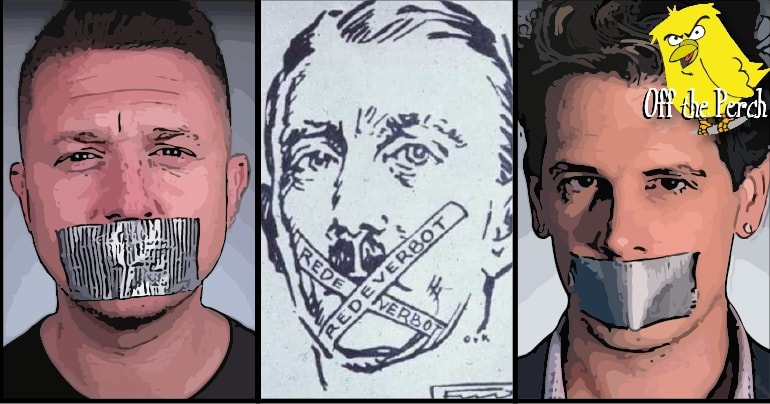 There’s a long tradition of right-wingers taping their mouths shut to claim they’ve had their free speech curtailed. It’s now been revealed how they carry on talking despite this self-gagging.

Despite constantly having duct tape over their mouths, right-wingers have been managing to give lengthy speeches on how:

You can’t say anything these days!

The recently released scumbag Stephen Yaxley-Lennon (trading as Tommy Robinson™) was on the news with a bunch of socks in his mouth talking about this very thing. But how did he manage it?

It was suspected that the right had learnt how to throw their voices ventriloquist-style. But the truth was revealed when former BNP leader Nick Griffin was spotted speaking while eating a doner kebab. Using advanced audio-placement technology, scientists were able to discern that the words were coming out of his arse.

Generally, these people aren’t actually having their speech prevented. They tell you that they’re told:

You’re not allowed to say that, and now you’re going to prison, you bad egg!

The reality is almost always that someone says:

You’re a proper bellend for saying that. What a bellend you are. Why are you such a fucking bellend?

So remember, even when it looks like their lips are moving, that isn’t where their words are coming from.