The Independent Group is considering coming up with a policy - Canary 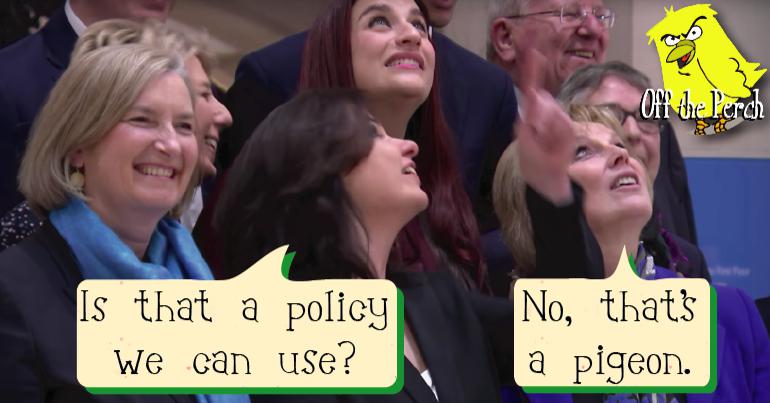 In its bid to one day become a political party, the Independent Group (TIG) has begun preliminary talks about potentially discussing some policy proposals. As you’d imagine, these talks have not been going well.

A leaked audio recording revealed the following conversation. Although it’s unclear who said what, it doesn’t really matter, as no one had any more clue than anyone else:

“We could… oh no… that would be blasphemous, thinking about it.”

“What about foreign people?”

“Well… we could… you know… have fewer of them?”

“Yes, well that’s the thing, isn’t it? Some people like them, and others don’t.”

“I suppose the moderate thing to do is let them in but make sure things are quite bad for them here – that way everyone’s happy. I mean – not the foreign people themselves, obviously, but you can’t make a pizza without cracking a few eggs.”

“Umm… pizzas don’t have eggs in them.”

“They do in my house. Could that be a policy? Egg pizzas?”

“I don’t think so. I don’t think migration can be either, so it’s best to just make vague statements on the matter. But what about public services?”

At this point, a series of boos went around the room.

“Yes, yes – obviously we all hate public services, but the public they serve seem to like them. Is there a policy that would allow us to have our pizza and egg it?”

“I want to sell all our bridges to Richard Branson!”

“You what? How would we justify that?”

“We just say that our party leader loves the IRA unless he supports the position.”

“That’s your problem, not mine!”

The group argued for a good forty minutes at this point.

Eventually – after discussing every topic they could think of – the group decided on a policy that no one could disagree with. This is why TIG will henceforth be supporting the continuation of egg-free pizzas in the UK.

Unfortunately, Anna Soubry couldn’t get on board with this status-quo proposal. She’s now formed her own breakaway breakaway group to promote eggs on pizzas.