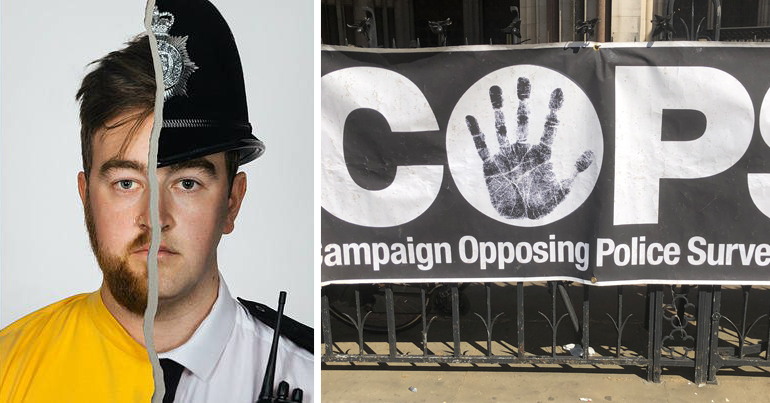 On 29 January, the Undercover Policing Inquiry (UCPI) delivered a massive blow to everyone who’s been spied on by undercover cops. The inquiry was supposed to begin evidence hearings in June 2019. But that has now been delayed. Until at least 2020.

According to the UCPI, this is to “better get to the truth of undercover policing”. But victims of police spying and journalists involved in exposing the spycops scandal reacted with outrage to the announcement. As one of those people spied on and a core participant in the inquiry, I couldn’t agree more.

So, what does it really mean?

The evidential stage of the inquiry is supposed to do what it says on the tin. It’s when the cops who spied on us start giving evidence, when those of us who were spied on get to challenge their narratives and when we get to have our say. Importantly, part of this process is that the victims of police spying will get evidence packs. This will finally be our chance to see our files, to see the minutiae of the details recorded about us, our friends and our families.

We don’t really know the extent of the information held on us. But Kate Wilson, who was deceived into a relationship with spycop Mark Kennedy, has received a 200 page summary of the 10,000 pages held on her. Writing about the “tiny amount” of disclosure she’d received, Wilson said:

Wilson also explained why the issue is so important:

These police units illegally blacklisted trade union activists, and they spied on elected politicians, the families of victims of police violence and many campaign or protest groups. They used the identities of dead children with no thought for their families, they violated lawyer-client privilege and caused countless miscarriages of justice, and they sexually abused women.

I knew several people who’ve since turned out to be spycops. Like many of my fellow core participants, one of my central demands of the inquiry is to see my files and to be able to challenge what’s held within them. I don’t know yet how many thousands of pages the cops hold on me. But I know it will be thousands.

I want this information. But the thought of reading it, of actually seeing it in black and white makes me feel physically sick. Another delay is another blow to my mental health in dealing with this.

Ridiculous. Evidence hearings are the way to get to the truth. Us, the people spied on are supposed to be finding out why; finding out the level of intrusion into our lives. Another year is another year of pain, of anticipation, of not knowing.This is not justice. #spcyops https://t.co/lG2yeVtxy8

Other people involved in the inquiry pointed out the flawed logic in the statement from the UCPI. As one “spycops activist” pointed out:

Better get to the truth? WITHOUT HEARING FROM THE VICTIMS? I'll be shuffling in to give evidence on a zimmer frame at this rate.#spycops #UtterlyDisillusioned https://t.co/MGWeAidrrm

Part of the alleged problem is that there are “a number of issues such as discovering the documents were significantly more complex than forecast”. But as the Police Spies Out group points out:

We can only speculate as to the complexity of 'discovering the documents…' Perhaps @metpoliceuk could enlighten?#NoJusticeNoPeace#Coverup #spycops https://t.co/6nQZSEmDZw

Meanwhile, the Network for Police Monitoring is clear that this latest delay is the fault of the police who have tried to delay and obstruct the inquiry from the beginning:

This is ridiculous. Yet again, the Undercover Policing Inquiry has pushed back hearing evidence for the first time in public – this time to 2020. The inquiry began in 2015. This Metropolitan Police has raised objections and caused delays from the very beginning https://t.co/izpId9ZZaX

Nothing but a whitewash

Unsurprisingly, the announcement led to core participants claiming the inquiry is a whitewash – as one tweeted:

It is clear that Judge Mittings is doing his utmost to keep @ucpinquiry as out of sight as possible, after all too much attention might highlight how the process has been focused on whitewashig the crimes of #spycops how since he took over chairmanship. https://t.co/dgYJCyrxjF

Fowler also emphasised the role Judge Mitting, who is leading the inquiry, has played in the delay:

Since the appointment of Judge Mittings as the chair of the #spycops inquiry, every utterance that they have issued has dragged the process further into farce. https://t.co/Hk2XagC3JO

Journalist Paul Lewis, who helped expose the scandal, was also scathing in his criticism:

This is appalling. Theresa May announced this public inquiry into undercover policing back in 2013.

The British establishment covered up this scandal for four decades. Now it is spending another decade slow-pedaling the process of coming clean. https://t.co/DJOTdZpbbG

Many of us who’ve been spied on have had meetings with Mitting. We’ve repeatedly stressed how important the evidence stage is. And not only for our mental wellbeing. There are older core participants, some of whom are ill. Time is not on their side when it comes to waiting for the chance to give evidence.

All I’m left with is a line I’ve written about the inquiry before:

This is not justice. This is never-ending grief.

Featured image via Lush and author’s own