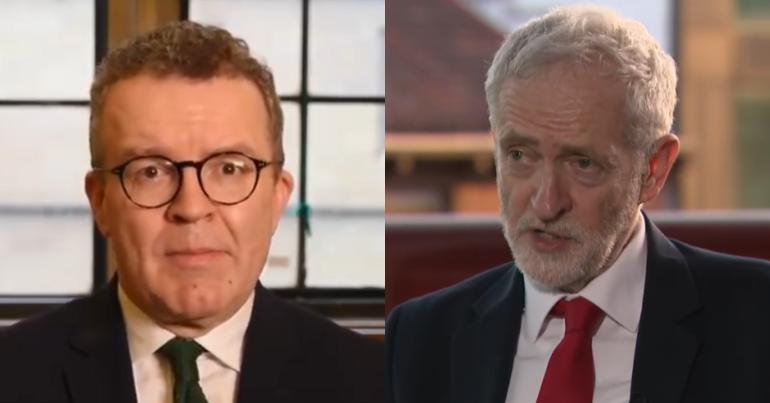 Tom Watson is conducting a pincer movement to stranglehold the Labour leadership. After eight Labour MPs defected to the new centrist group, Watson and the right-wing are using the threat of more defections to force concessions from Jeremy Corbyn and the membership. Indeed, Watson is already making demands through his new parliamentary faction: the Future Britain Group.

But Corbyn should hold firm. Because Labour will trounce the Independent Group in a general election. And that’s ultimately what counts.

With the explicit threat of more defections, the deputy leader has put forward a series of demands via his Future Britain Group. One of these demands is for Corbyn to introduce a system for MPs to elect some members of the shadow cabinet. An interesting proposal given Watson described shadow cabinet elections as a “massive distraction from our job in hand” in 2011.

But perhaps a massive distraction is Watson’s aim. Because the last time Corbyn housed openly hostile right-wingers in his shadow cabinet they thanked him with a coup. Blaming Corbyn for the Brexit vote in June 2016, shadow ministers drip-fed resignations to the corporate media, maximising their damage against the leadership.

They argued Corbyn didn’t campaign hard enough for remain, ignoring the structural reasons for a lack of progressive voices in the EU debate. New Statesman analysis shows that all the UK broadcasters systematically marginalised Labour voices during the 2016 referendum. Labour accounted for 18% of political contributions to UK broadcaster’s main evening bulletins, compared with 71% from the Tories.

With Watson and the right on the move again, the 2016 coup should be a sharp history lesson for the Corbyn-led movement.

Middle finger to the membership

During the 2016 coup, the pro-establishment Labour forces showed a complete disregard for democracy. First, right-wing MPs relentlessly attempted to bully Corbyn into resigning, in what Diane Abbott described as trying “to break him as a man”. At the peak of the coup, MPs lined up to launch tirades against their leader in his office. Abbott further said MPs attacked Corbyn in “the most contemptuous terms possible, pausing only to text their abuse to journalists waiting outside”. When that failed, the Labour right-wing attempted to rig the incoming leadership contest against Corbyn and the UK citizens who support his policies:

At the time, shadow chancellor John McDonnell described the election as effectively “rigged”. But that didn’t stop Corbyn receiving an even greater democratic mandate from before, beating contender Owen Smith with a whopping 62% of the vote.

After the failed coup in 2016, Watson and the right-wing faction are trying a different approach. Instead of ‘resign or shadow ministers will’, the game-plan has changed to ‘concede policy decisions to us or they’ll be more defections’. Suggestions that Watson wants the leadership are likely misplaced because the deputy leader must know that’s impossible: 65% of Labour members believe Corbyn is doing well as leader, according to polling in January 2019.

Instead, Watson and the right seem to be trying to grab power from Corbyn through a pincer movement. This is an insult and a direct challenge to the members who overwhelmingly voted for Corbyn in two leadership elections. Then, in the 2017 general election, the policy platform that members voted for increased Labour’s voteshare by more than at any point since 1945.

Disregarding democracy like in the 2016 coup, Watson is conducting a shameless power-grab, while pretending to be the Labour movement’s friend. But Watson and the warmongering so-called centrists are much less powerful than they’d have you (and the leadership) believe. In September 2018, a YouGov poll found that just 1% of Labour supporters voted for the party in 2017 because of the individual MP. 83%, meanwhile, said they voted for Labour either because of its policies or values. On the backs of their individual MPs, the Independent Group can therefore only appeal to 1% of Labour voters. And the ‘centrist’ politics they champion are collapsing across the globe. Without the Labour brand, they are nothing.

So the leadership should adamantly refuse to make any more concessions to Watson’s pincer movement. What’s important is that the leadership holds onto the Labour brand. Then the Corbyn-led movement can simply field more impressive candidates than the bunch who’ve left. That shouldn’t be hard.