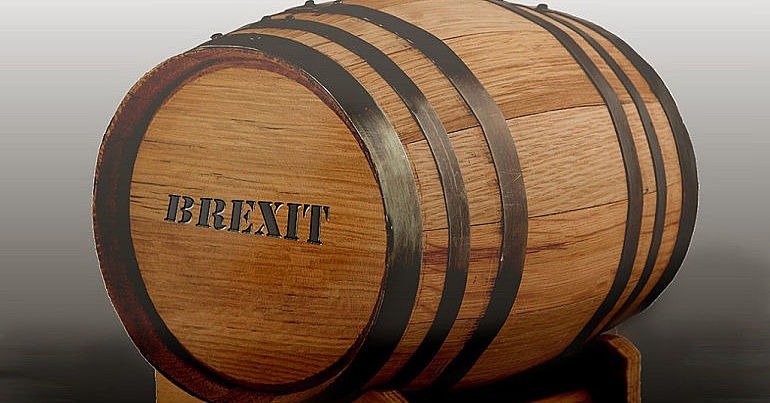 UK prime minister Boris Johnson is under attack from all sides. But like a frightened and wounded animal that’s backed into a corner by foes and friends alike, he is now at his most vulnerable.

It’s rumoured he will announce a snap general election. To some, this could be seen as a clever move, giving him a strategic advantage. To others, it would be like lighting a fuse to a powder keg, resulting in the quick and painful demise of his own party.

Even his friends are deserting him

The Conservative Party stalwart the Financial Times has published a damning editorial, slamming Johnson’s suicidal mission to crash the UK from out of the EU. Entitled “Boris Johnson’s suspension of parliament is an affront to democracy”, it argues that “MPs must pass a no-confidence vote in the government and trigger a general election”.

The editorial accuses Johnson of detonating a bomb under the constitutional apparatus of the United Kingdom. His proroguing of parliament is described as an “intolerable attempt to silence parliament”. It goes on to say:

It is time for parliamentarians to bring down his government in a no-confidence vote, paving the way for an election in which the people can express their will.

Though, despite such criticism, Johnson may well relish the prospect of an election at a time of his choosing.

Various rumours @BorisJohnson will call an election next Thursday for Oct 14. Makes sense. He can ride on the macho and resolve of No Deal, and steal Brexit Party votes, before having to go through the disaster of No Deal

And another Tory grandee, ‘Father of the House’ Ken Clarke, has gone further, describing his party under Johnson as “UKIP government re-badged”:

Ken Clarke – To expect people like John Major, Michael Heseltine & me to support a government like this is farcical…. this is kind of #UKIP government rebadged…#skynews #StopTheCoup #prorogue #stopboris #brexit pic.twitter.com/hOsxWaIz3z

Clarke made it clear what he would do if a vote of no confidence against Johnson was passed. Should Labour leader Jeremy Corbyn then offer to head an alternative government, Clarke would support him:

Tory grandee Ken Clarke: I'd be prepared to back Jeremy Corbyn as caretaker PM https://t.co/3D7QoEQQKL

Meanwhile, Johnson is also under attack via the courts, with the launch of three legal cases.

A second is being undertaken by the SNP in Scotland and is scheduled for a full hearing. And a third is under way, but now adjourned, in the north of Ireland to argue that a no deal Brexit would damage the Good Friday Agreement and so see more violence.

The Tory Party can now be described as at war with itself. Indeed, Johnson’s special adviser Dominic Cummings has apparently made it clear that any Tory MP who votes to extend the deadline for the withdrawal of the UK from the EU will be barred from standing as a Conservative contender at the next general election.

If true, this would be staggeringly hypocritical: 8 members of the current cabinet have defied the party whip this year.
I want to honour our 2017 manifesto which promised a “smooth and orderly” exit and a “deep and special partnership” with the EU.
Not an undemocratic No Deal. https://t.co/045od2lsvD

And Young Conservatives for a People’s Vote added how they believe their party is on a “dark road”:

This is beyond outrageous. Ideological purity tests do not belong in the Conservative party. “Remainer” is now a dirty word used to describe anyone who disagrees with Cummings.

We are on a dark road. https://t.co/jEqZDAln0t

Saturday saw protests against the Johnson ‘coup’ across the country in 80 locations, such as Whitehall and Manchester.

At one point demonstrators surged towards Buckingham Palace:

Political activist and journalist Paul Mason went on to describe the demonstrations as an “insurgency”:

In a single week Boris Johnson has created a mass democracy and totally deflated the Hard Brexit brigade's claim to insurgency. We are the insurgency now. My latest video… pic.twitter.com/vnJ7AdoOJP

Meanwhile, if Johnson decides to proceed with a snap election, then that will be a huge gamble on his part. Success would presumably mean a mandate for a no deal Brexit and the dreadful consequences such a scenario would bring. Failure, however, may well see the dramatic collapse of the Conservatives, for many years to come.

So the choice for the Tories appears clear: back a rogue government, hell-bent on hard Brexit or no deal; or stop such a move in its tracks and re-establish more traditional Conservative values.

For those of us who took part or supported the nationwide demonstrations (and more are likely) we need to examine our options too.

But Labour has its own plans, as shadow Brexit secretary Sir Keir Starmer explained:

Shadow Brexit Secretary Keir Starmer tells #marr about his plan to legislate to block a no deal #Brexit this weekhttps://t.co/4yDchmzhSs pic.twitter.com/93yYdNEtPx

And Corbyn warns it’s now essential that parliament reasserts itself in the face of Johnson’s latest manoeuvres:

“We elect a parliament in a free democracy to hold government to account.”

Labour leader Jeremy Corbyn says that parliament must resist Boris Johnson’s plan to prorogue parliament, adding “parliament must assert itself on behalf of the people of this country”. pic.twitter.com/tnFTsIfzuC

And with Johnson cornered, it’s time for all progressives unite.