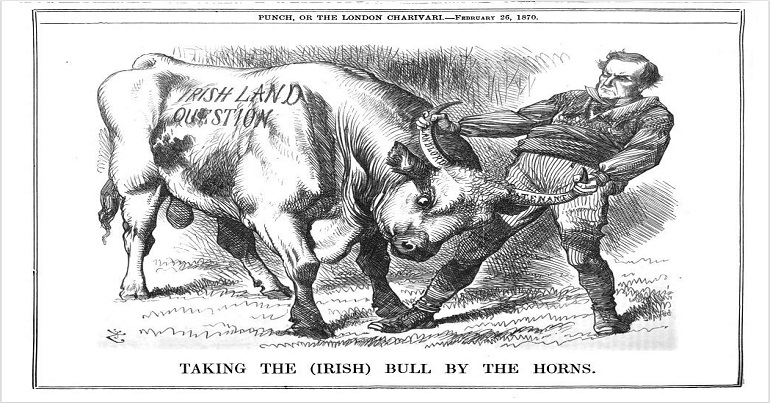 The International Witness Campaign (IWC) remembers the last 20 years of illegal wars and “mass displacement in the Muslim world”. This period also saw an increase in Islamophobia in Britain. And as so clearly outlined by The Canary’s Maryam Jameela, the mainstream media (MSM) played no small part in spreading such hate.

But this comes as no surprise to me. I’m Irish, and just as the MSM aided and abetted a war on Muslims, it did something similar to us. That war on the Irish raged for well over a century. And while it may not be as obvious today as it once was, it’s not completely done. Because just as ‘needs must when the devil drives’, the media renews its attacks whenever the Irish aren’t behaving the way the MSM believes we should.

This in part is what makes the IWC so important. And it’s important we stand together to ensure the MSM can no longer victimise at will. Or if it does, it can expect one hell of a response from all of us.

I’m not Muslim, so I can’t personally write about how the MSM’s support of the war on terror affected Muslims. At The Canary we have others who articulate that so elegantly. But there are parallels between Islamophobia and anti-Irish sentiment. And as an Irish person, I can explain a bit about how the war on the Irish affects us. Some English people reading this may well be thinking – “What are you on about? War on the Irish? No such thing!” Well I’m afraid there was. And quite possibly there still is. Let me explain.

This last 20 years of an illegal war on Islam was preceded by a 30-year war in Ireland. As the British never publicly admitted they were at war, the international community couldn’t declare it ‘illegal’. But to me it was. And while some may not agree that the MSM cheer-led the British into it, it certainly supported Britain’s role in Ireland.

That war was mainly fought in the six north eastern counties of Ireland. Some of you may call this ‘Northern Ireland’. That’s up to you, and I’ve no particular qualms with that. But since I was a child, with no political significance attached, I’ve always and most simply called it ‘the north’. Sometimes ‘the six counties’. Similarly, I’ve always and only ever said ‘Derry’. It’s easiest. And it’s understood by pretty much every Irish person.

And therein begins one tiny part of the MSM’s war on the Irish. Because it likes to amplify criticism of those who use language Irish people are most comfortable with. Why should it matter what people chose to call any place? It always struck me as a form of imperialist conditioning and thought control. Side note, neither me nor the Irish government ever say the ‘British Isles’. I consider this to be imperialist conditioning also! 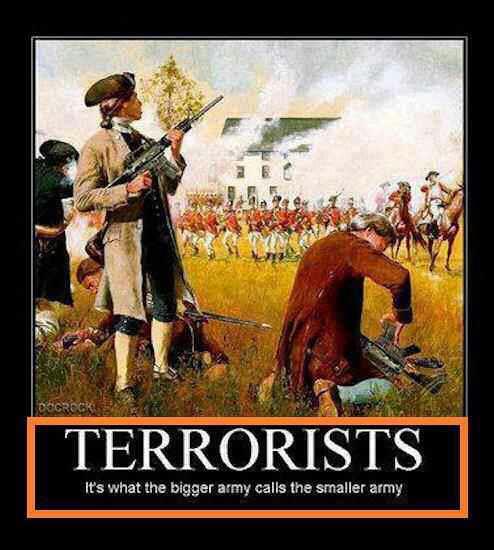 But the MSM is also fond of a much more dangerous form of conditioning. And this is through its biased use of the word ‘terrorist’. This was a term the media used predominantly for Irish republican paramilitaries but not for British loyalists. And it’s a war of words that continues to this day. Those loyalists are still predominantly referred to as ‘paramilitaries’ whereas republicans are ‘terrorists’. As a child, I remember clearly how the media talked about Irish terrorists murdering while British loyalists simply killed. No doubt, that must have affected the public’s perception of the war.

And I also remember the omission of words terrorism or murder when reporting the crimes of the British state. Even as it colluded with loyalist terrorists or used its own official agents, such as the cowardly Military Reaction Force (MRF), to terrorise and murder innocent Catholics. Or even when its own soldiers gunned down peaceful protesters and murdered other innocent people.

Britain fought a ‘Dirty War’ in Ireland using criminal and terrorist tactics against its enemy and against those who had no involvement in the conflict whatsoever. So tuning in to the MSM during that war always left me frustrated and enraged. Because to me its Orwellian narrative read as:

While the British may have done some ‘wrong’, they did it ‘defending’ democracy. Whereas Irish republicans were completely wrong and everything they and the community they came from did was and always will be wrong. And the only reason we find them (Sinn Féin) somewhat tolerable today, is because they’ve finally agreed to implement British law.

Such ignorance is racist

Many years ago when I was living abroad, I remember clear as day a conversation between myself and a couple of friends. One of them was English. For some reason, I’m not sure why, someone made reference to the famine in Ireland (No! It’s not the ‘Irish famine’. We didn’t want it!). It wasn’t even a political discussion – just a few friends ‘shooting the breeze’, you might say. And it appeared as if, without giving the matter any thought at all, my English friend responded:

serves you right for eating so many potatoes!

I’ll never forget it. I was enraged. The absolute wretched ignorance of someone living so close, from a nation with so much blood on its hands in Ireland (and beyond), to be so feckless and clueless about the effect that famine had, and still has, on Irish people. The effect it had on her friend! Blood boiling! Disgusting! Racist!

Like I said, it wasn’t even a political discussion, just a chat among friends. But for some reason this was her immediate response to a catastrophe that took at least one million lives and forced at least another million to emigrate. A catastrophe from which Ireland’s population still hasn’t numerically recovered. And all of this under the watchful eye of an occupying British government and army. All the while that government’s soldiers protected the boat loads of food that left Ireland as Irish people starved. Like I said, I was enraged. But not completely surprised. Because it’s an attitude I’ve encountered far too often from White English people.

So I wonder, were these attitudes in any way formed by mainstream media? Because Britain’s war of words had been going on for some time. The mid-19th century saw publications like Punch depict the Irish as “ape-like” and indeed much worse. The Economist and the Times blamed us for the famine and believed us unworthy of assistance. Of course you could say that was a long time ago. So it had no influence on these attitudes. And yes, it may have been a long time ago, but unfortunately it wasn’t the end of it.

Fast forward about 100 years and the media was at it again. The infamous ‘No Irish, no Blacks, no dogs’ signs displayed in guest houses in England up until the 1960s. Yet in October 2015, the Guardian published an unsubstantiated letter claiming these signs never existed. Total nonsense. One week later, it eventually published a rebuttal of that ridiculous claim.

Again I hear you say “the 60s is a long time ago…move on”. And I’d love to. But what about the comments of ‘Mr. Uber Brit’ himself, the Reverend Ian Paisley? Upon his death in 2014, the BBC published a list of his most disgusting quotes. But the way it was written felt as if the BBC was eulogising him. Among such quotes was his disgustingly racist comment in 1969 about Irish Catholics, where he bellowed:

One year prior, when Catholics had been burned out of their homes by loyalist gangs, Paisley blamed the Catholics for the fires, saying:

And it wasn’t confined to British MSM. Because one CBS News article‘s condemnation of Paisley could only stretch as far as calling him a “divisive Protestant firebrand”. It went on to say he was the person Catholics “loved to hate” because of his “unflagging energy”. Indeed, it claimed Paisley’s antics were actually good for the Catholic cause! So ‘our persecution made us stronger’ eh? Where have we heard that racist trope before? But no outrage from either publication. No cries of ‘racism’.

Yet no amount of MSM airbrushing nor comedic spin of that man will undo the carnage he inflicted with his “energy”.

And it’s not over yet…

In recent days, the Irish president Michael D Higgins declined an invitation to attend a political event in the north of Ireland ‘celebrating’ 100 years of partition on the island. Both historians and constitutional experts found he was correct to have rejected the invitation. Several online polls would appear to show an overwhelming majority of Irish people support his decision not to attend. And from the conversations I’ve had since this controversy broke, absolutely no one seems to be screaming for Higgins to change his mind.

However, the MSM has attacked the Irish president for not attending. The British unionist position that president Higgins ‘snubbed’ them has appeared regularly in MSM headlines. Other articles gave a lot of word count to him ‘defending’ his decision or ‘encouraging’ him to reconsider. But they could have just as easily given that space to facing down his detractors. Is he just another Irish person that doesn’t know their place?

So this is my experience of the MSM’s depiction of the Irish through the years. It may or may not resonate with Muslims, but it at least highlights the lengths the mainstream media goes to to demonise an already victimised community, when this ire should instead be directed at the perpetrators.

Guns and bombs typically fall silent quicker than words. And given the worldwide online nature of media, those words last an eternity. I believe that’s the intention of the attacks. Ours must be a united resistance.