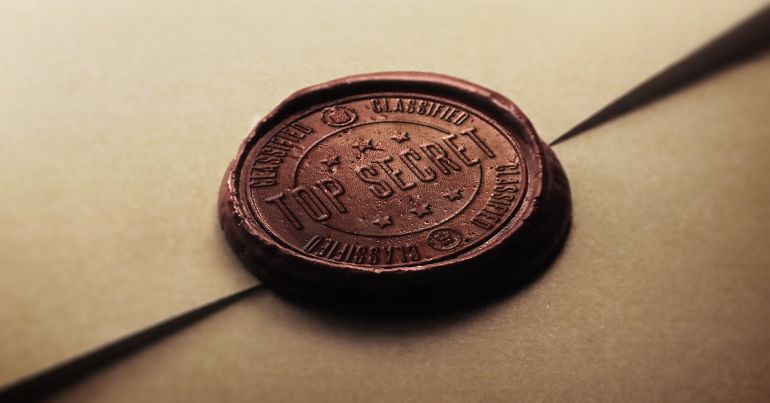 On 18 July, The Canary highlighted Brandon Lewis’s attempt to whitewash Britain’s war crimes in Ireland with an amnesty for British forces and all combatants of the conflict. That article also noted opposition from victims’ families and the Irish government to Lewis’s proposal.

And since we published that article, a number of key developments have shown why we must block any attempt to lie about or airbrush Britain’s dirty war in Ireland.

A key moment this week

As extensively reported by The Canary, Britain fought a dirty war in Ireland against Irish republican paramilitaries (mainly the IRA) between 1968 and 1998. Some commentators euphemistically call it ‘The Troubles’. British forces engaged in direct combat with republicans and colluded with British loyalist paramilitaries to fight that war. They also deliberately attacked and took innocent civilian life.

On 22 July, a shortened meeting between human rights group the Pat Finucane Centre (PFC) and the Northern Ireland Office (NIO) demonstrated Britain’s intentions clearly. Because in that meeting, the NIO refused to clarify or withdraw its claim from its July 2021 “command paper” – Addressing the Legacy of Northern Ireland’s Past – that:

And it’s hardly the first time Britain has tried to minimise its role in the conflict. Nor is it the first time people have pulled Britain up on such claims. The PFC represents families of the people that British forces killed, so it felt it couldn’t continue in a meeting as long as that statement remained. It said:

We also take issue with the 10% claim, which excludes deaths where collusion is either suspected or proven. Taken together with recent judgements in the #BallymurphyMassacre inquest and the #BloodySunday Tribunal report, we believe the Command Paper must be revised with the “lawful” claim removed.

in all conscience, and out of respect for the families we represent, we feel unable to do so until @10DowningStreet has, at least, either produced evidence to back up its claim in the Command Paper or agrees to withdraw it

In one respect, this command paper may not be a bad idea. In fact, it could be the beginning of some kind of solution to the aftermath of the 30-year conflict. Almost 50 years on from a number of conflict killings, families and loved ones are still fighting for justice. So Lewis is possibly correct when he says in the paper:

The intense focus on divisive legal processes continues to drive wedges between communities and undermine public confidence in the police as they go about their work today. Lengthy, drawn out and complex legal processes stifle the critical information recovery and reconciliation measures that could help many families and frequently lead to years of uncertainty for those under scrutiny.

But what he fails to do (deliberately or otherwise) is to acknowledge that successive British governments caused this ‘divisive legal process’ and “uncertainty”. The British government has the power to investigate and come clean about its past, but it continually refuses to do so. And regardless of the few crumbs it occasionally throws to campaigners, it’s failed to commit to real justice.

This command paper references the 2014 Stormont House Agreement (SHA) – an agreement designed to deal with the past – which the British refuse to implement. Instead, this paper proposes setting up a new body to allow people to “seek and receive information about Troubles-related deaths and injuries”. It’s also proposing a “major oral history initiative” that would “further mutual understanding and reconciliation”. But most controversial is the already-mentioned amnesty for “all Troubles-related incidents”.

A human rights lawyer in Belfast summed it up best when he tweeted:

A number of falsehoods masquerading as fact in that document.

In addition to this paper demonstrating Britain’s inability to be an honest broker, there were other revelations this week. On 22 July, the police ombudsman said there were “significant investigative failures” and evidence of police collusion in the loyalist murder of a Belfast teenager in 1993.

Then on Friday 23 July, a High Court judge ruled that the 1998 Omagh bombing in County Tyrone (the worst single atrocity since conflict started 30 years earlier) could have been prevented. The judge said the UK government should investigate the bombing. It seems that each week brings forward a new example of either British intransigence or collusion. Its false 10% ‘statistic’ is utterly laughable at this stage.

But maybe we can also acknowledge some good in this latest document. Because it’s possible that the truth and reconciliation forum to which the document alludes could work. But truth and reconciliation can only work when those involved are truthful and determined to reconcile. And so far, we haven’t seen that from the British. If they persist with their mythical 10% figure and refuse to properly investigate, we’ll get nowhere. But maybe that’s what they want?

This command paper, with its mealy-mouthed mass of contradictions, shows yet again that Britain lacks integrity. An approach that pushes a wedge between communities and causes an untold amount of uncertainty.