"Women will defend women in the face of violence" - Canary 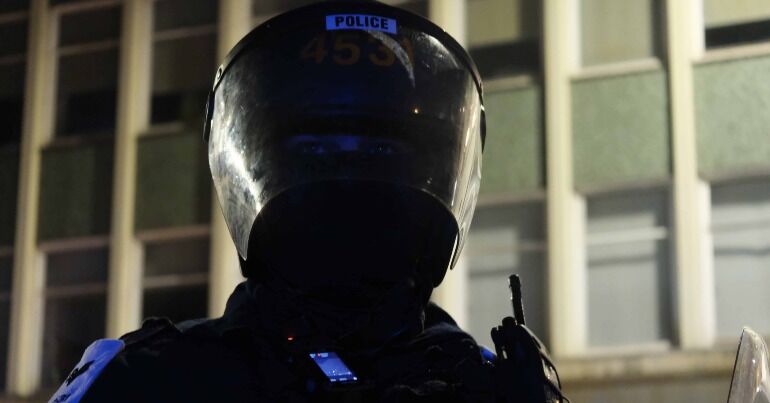 2022 has been a brutal year for Bristol activists, as we have watched our comrades being imprisoned for standing up against the government’s draconian new laws.

Back in March 2021, police vehicles were set on fire, and police station windows were smashed, after police officers used extreme violence on protesters who were demonstrating against the Police, Crime, Sentencing and Courts Bill. Since the uprising, the state has used all of its resources to ensure that it wrecks the lives of anyone who was prominent in the crowd on that day. But its revenge policing was dealt a huge blow this week after one protester, Ailsa Rauh, was unanimously found not guilty of violent disorder and affray. A jury took under an hour to acquit her. She is the second defendant to have been cleared of all charges following her involvement in the protest.

The Canary has extensively reported on the ample evidence of police using violence that day, including beating protesters up, pepper spraying them, setting dogs on them, and even slicing their oblong shields down onto people’s heads.

“Women will protect women in the face of violence”

became caught up in a confrontation between the police and protesters during which she kicked a police officer in order to defend herself and those around her from what appeared to be excessive police force. At trial at Bristol Crown Court for Violent Disorder she relied on a defence of defence of others.

A spokesperson for Bristol Defendant Solidarity (BDS), who was supporting Ailsa throughout her trial, told The Canary:

Ailsa’s victory was a victory for everyone who was there that night who encountered police violence. When she stood up and gave her evidence, she held strong, especially under cross-examination, and she made it very clear that her actions that night were a direct response to the police violence. That was the case for so many people there. Owen Greenhall said in his summing up, ‘one kick of a police shield that caused no injury: that’s why we’re here.’ And that’s what it came down to. Ailsa and others should never have been on trial.

Ailsa kicked out at the police shield after another young woman, Charli-Mae Pitman, was hit on the head by a police officer using a shield. Pitman was found guilty of riot in April, and is currently serving three years in prison. BDS argued that it was “a travesty” that the same consideration of self-defence wasn’t given to Charli-Mae during her trial. But, celebrating Ailsa’s victory, BDS continued:

Women will protect women in the face of violence. There were a large group of women acting in self-defence there on the front line, and Ailsa’s victory really shows the importance of women sticking together.

Ailsa wasn’t the first woman found not guilty in court after arguing that she was defending other women that day. Jasmine York was acquitted of riot after she argued that she was defending other women around her. But the state has done its utmost to distort the reality of what happened that day, so keen is it to terrify the population into subservience. It’s this distortion of reality that has seen 21 people being imprisoned for their part in the protest, while a number of others are still facing trial. Network for Police Monitoring (Netpol) said that it’s:

important to extend our solidarity to everyone charged and imprisoned as a result of the protests on 21st March. Celebrating Ailsa’s acquittal does not mean condemning those who were either found, or pleaded guilty, for their actions in the uprising.

Ailsa’s acquittal is an important reminder that self-defence is not an offence and that we do have a legal right to fight back against violent and disproportionate policing.

Owen Greenhall explained that self-defence can be subjective, and it truly comes from what a person thought or believed at that time. In the moment that Ailsa kicked out at the shield, she felt under threat because she had just seen someone close to her hit in the head with a police shield.

The group believes that Ailsa’s case is significant for all other court cases that will follow suit. It continued:

The threat that Ailsa and others felt that day was enough for legitimate self-defence, and it’s something that we hope will help other defendants who are facing trial.

Indeed, through this court case, the state’s narrative is finally being unpicked. Maybe now the tide will turn, and juries to come will see the police for the liars they really are.