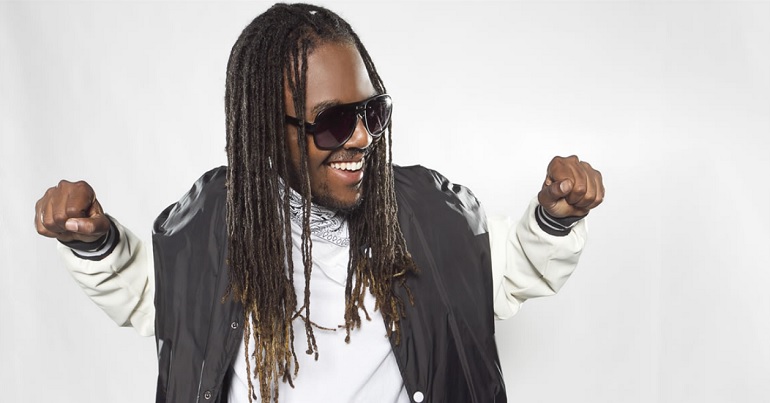 A dancehall star has just dropped the latest song from his new project. But far from playing by the book, the artist has smashed the mould into pieces. And the final product is one of the most eclectic musical works of the past year.

From dancehall to poltergeists

Bay-C was previously a member of Jamaican dancehall group T.O.K. But more recently, he has trod a solo path. He launched his own record label, started a music festival, and released his first EP – Better Must Come.

In late 2018, he dropped his first full album via his record label Bombrush. Called Holy Temple, Bay-C wrote all the tracks. He also produced some of them alongside names such as Willy Chin and Dead Rabbit. Then, on Thursday 24 January, he released the latest video from the album.

So The Canary caught up with Bay-C in a wide-ranging interview. He discussed the album, his musical roots, the Rastafari religion, political chaos, and his hopes for the future. You can listen to the full interview below:

Standing the test of time

Calling Holy Temple an ‘album’ doesn’t do it justice. Because Bay-C has created an overarching artistic project. Every track has an accompanying video, and they were shot all over the world. Production-wise, it’s a slick affair.

He told The Canary he didn’t create Holy Temple for short-term gain. It is something he wants to “stand the test of time”. Given Holy Temple‘s musical diversity, its themes and message, it almost undoubtedly will do this.

The album is a scintillating mix of genres. Bay-C has taken reggae and dancehall as his starting point. But what he has done so masterfully is then blend this with a variety of other musical styles. The end product is as musically eclectic as it is grounded in Jamaican vibes. It’s all held together not only by Bay-C’s multifaceted vocal skills but by his powerhousing ability as a lyricist.

Back to his roots

Holy Temple opens with Catch That Train. At first glance, it appears to be a straightforward roots track. But appearances can be deceptive, and Bay-C’s booming, rich bass voice rumbles over a clever reggae hybrid. It picks up elements of Bob Marley and the early roots movement on its journey, while briefly stopping off at a complex drum arrangement, nodding at the dub sub-genre. Bay-C also brings the track bang up to date with its arrival at modern electronic techniques; its use of a vocoder (remember Cher’s Believe?) is particularly effective.

Heart of Men takes you in a more traditional roots direction, as does Love Potion. Both use the bubble pattern (where instruments play off the beat). Yet Bay-C gives these tracks an edge in terms of production which brings them slap bang into the 21st century.

But it’s the rest of the album which musically mesmerises. It also shows Bay-C placing himself as one of the most boundary-pushing artists to come out of Jamaica recently. 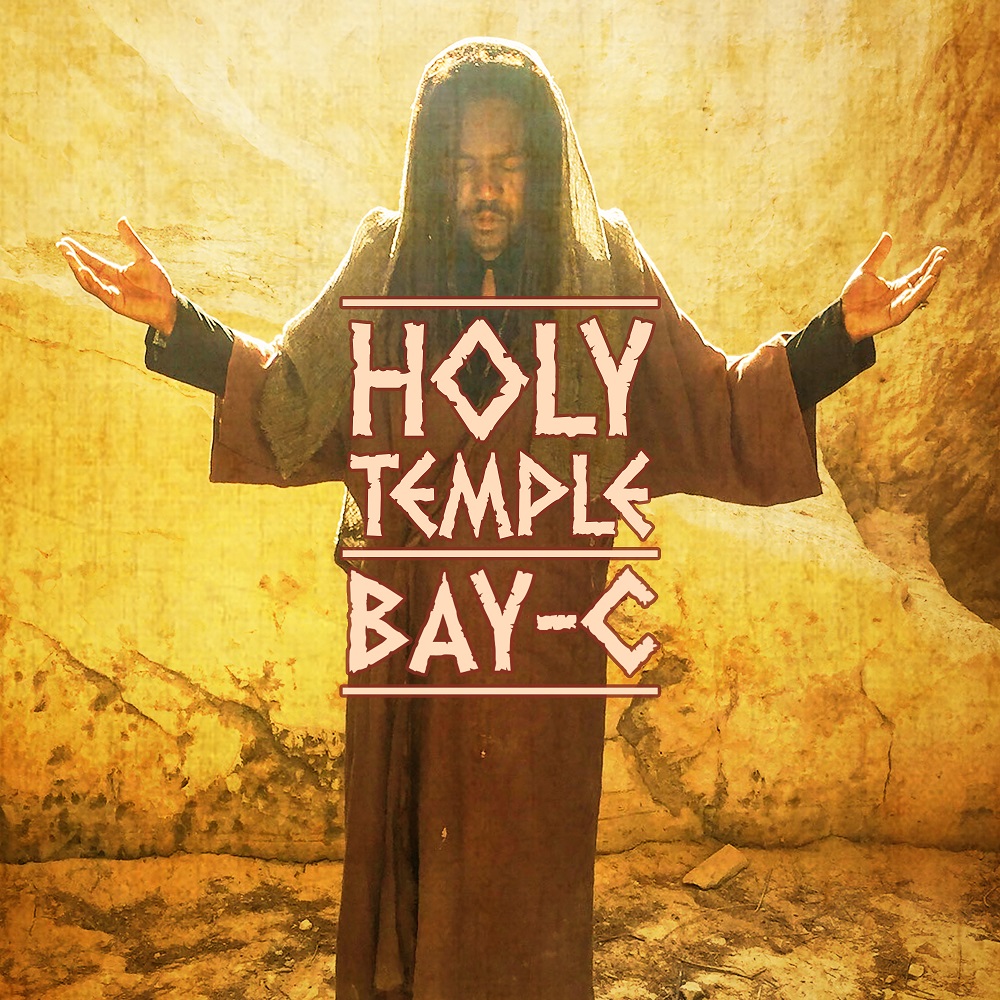 The love song Hero is more Koomz’s Mariah than Mariah Carey herself. Bay-C brings the album bang up to date with this RnB/afrobeat affair. But being at a faster pace than some of its contemporaries in the genre, Hero crosses over into electronic dance music (EDM) territory while it could firmly wind in a dancehall, too.

Not Forgotten, a moving track about Bay-C’s family and friends who have died, is ingenious. This is because the subject matter (death and grief) is juxtaposed with strict, bouncing dancehall production. The two shouldn’t work, by all accounts. But paradoxically, Bay-C pulls it off perfectly.

It’s Holy Temple’s final tracks which truly stand out, though.

Poltergeist is the latest song Bay-C has released the visuals to. It’s possibly the album’s stand-out track. The title is apt, as the song is haunting. A dampened piano menacingly hovers between semitones. The drums rattle out a military funeral-esque marching rhythm. A chorus, almost at odds with the sombre verses, has a more uplifting, Gregorian chant feel about it. The whole thing is then packaged together in a song which feels like Ibiza chillout/trance. To top it off, the video has Bay-C dressed like a houngan – a Voodoo priest:

Bay-C told The Canary that, for Poltergeist:

He also said that, far from being formed during his global travels, Holy Temple‘s eclecticism reflected something more personal:

The album is just a reflection of my taste in music. It probably goes as far back as being a child and different musical influences… I’m a big fan of hip-hop… I was growing up listening to The Doors… Fleetwood Mac… The fact that I’m doing a body of work that represents me, I chose to make it as dynamic as possible.

This dynamism really kicks in on the album after Poltergeist.

A brief musical interlude leads the listener into the final three tracks: Holy Temple, Sahara Queen and My Love Away. It is almost impossible to describe what genre of music these songs are. All three are tied together by distinct Middle East and north African (MENA) overtones. Mazāmīr wind in and out, teasing their way around the disjointed rhythms of goblet drums. Chanting weaves through Bay-C’s singjay (a Jamaican form of rapping/singing). But behind the MENA influences are distinct hip-hop beats, not least on My Love Away. As Bay-C said, he’s “curious” to hear what listeners think of his songs. The final three tracks on Holy Temple are almost entirely open to interpretation. As my girlfriend put it, it should be named ‘Saharan Soul’.

Throughout Holy Temple, Bay-C displays his vocal prowess. As an artist, he sits alongside his contemporaries like Kabaka Pyramid with his ability to mix singing, singjay and rapping. But it’s his rich, resonating bass voice which sets him apart. It was something he has always been well known for: the name “Bay-C” came about because of people chanting “bassyyyy” at him during T.O.K gigs, due to his deep voice.

For example, Run From Poverty showcases this superbly. It opens like an 80s soul track; you’d be forgiven for thinking Lionel Richie was there with a Hammond organ. But with the kicking in of the bubble pattern, Bay-C musically puts us in more traditional roots territory. He effortlessly switches from punctuated singing, almost within a tenor range, to deep-down ‘bassyyyy’ singjay. Similar gymnastics are to be found on Catch That Train, with his singjay being truly impressive – the rate at which he rattles out syllables is quite staggering.

But it’s the subject matter of the tracks which truly stands out. They show Bay-C’s progression since his dancehall days in T.O.K.

Throughout the album, the overriding themes of life, love and loss prevail. But the stand-out message is one of unity, of all people coming together to make a better world.

Bay-C’s vision is deeply rooted in his Rastafari beliefs. But these go hand-in-hand with more profound thoughts on religion, us as a species, and the planet.

Take Holy Temple. In it, Bay-C discusses all religions. He seemingly muses how they should be working together for the betterment of us and the planet. As he says in the track:

I took a trip to Mecca
Me and my wifey listening to Nekka
Trodding like Isaac and Rebecca
I saw the Christian and Muslim hand in hand together
And that was such a pleasure.

But the track also shows the importance he places on having some form of spirituality:

I saw the Buddhist and the Hindu
Reflect on persecution that they had both been through
Yet still they told me: chant a Psalm and sing the hymns to
Find that perfect place of peace that is within you. 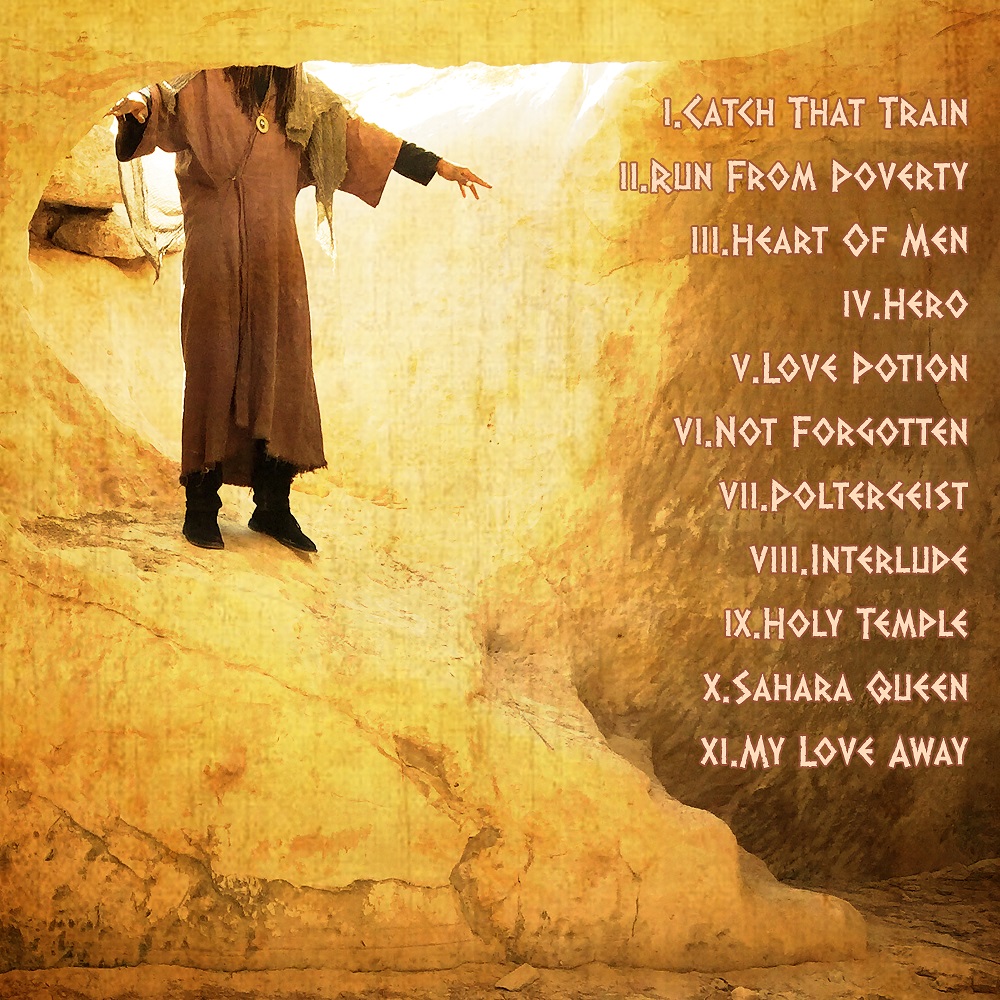 “Word to the martyrs”

Bay-C tackles capitalism and the inequality it causes in Run From Poverty. Yet the song also gives a message of hope. Heart Of Men is less inspiring and more of a warning about those people who are corrupted by the system. But Poltergeist is again one of the stand-out tracks. Bay-C discusses the state of the world at present, and people overcoming their spiritual demons. The “poltergeist” appears to be the system, those that preside over it and its corrupting effects. He spits:

And that’s word to the martyrs
Like Martin, Malcolm and what they fought for
To the children soldiers now in Congo and Somalia
Everyday life is torture
Racketeering, extortion
I lift up mine eyes to the Most High and I ask for, InshAllah.

It’s this positivity which prevails throughout Holy Temple. It sets itself in stark contrast to the dark, brooding work of some of his roots contemporaries like Protoje’s A Matter Of Time. But Bay-C told The Canary that Holy Temple‘s message of unity was:

the anchor song for the entire album.

Listening to Holy Temple, it’s hard not to buy in to Bay-C’s belief that humans can save themselves and the planet. But aside from his message getting across, the overall project – the album and films – is a staggering piece of work. Musically groundbreaking, lyrically profound and artistically on fire, Bay-C has delivered something quite extraordinary. It will undoubtedly, as he hoped, stand the test of time. And it may well go down in history as one of the most important creations of the decade.