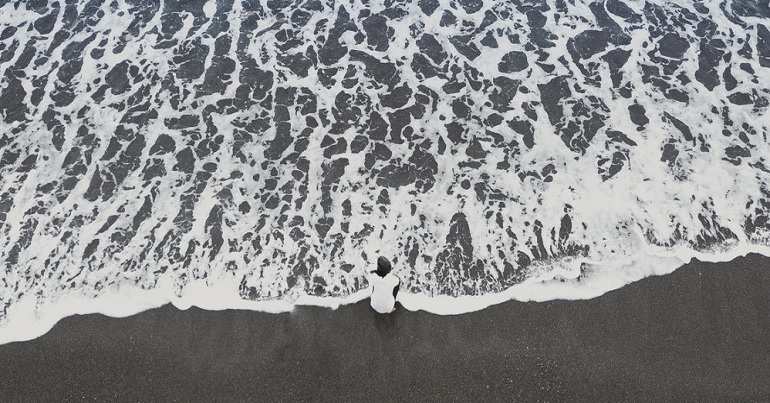 Jamaican reggae artist Protoje is no stranger to the music scene. But his fourth album is perhaps the most mould-breaking of his work to date – and is one of the edgiest, most brooding albums of summer 2018.

Born Oje Ken Ollivierre in Jamaica, Protoje has been making music for over a decade. From the worldwide global smash Who Knows (featuring Chronixx), via three previous studio albums and mixtapes, he’s cemented his reputation as not only an ingenious artist, but an outrider of the conscious roots/revival reggae movement that’s coming from Jamaica. Now he’s back, and The Canary caught up with him to talk time, capitalism, and the arts more broadly.

A Matter of Time is a dark, brooding, and Jamaican roots-led affair, heavily steeped in Rastafarian theology and culture. Based on musical first appearances, it may seem in stark contrast to the genre-smashing, shaded work of his contemporaries like Kabaka Pyramid and Chronixx. But appearances can be deceptive. Scratch below the surface (and listen to it a few times) and the album is an intricately complex work of both musical and lyrical ingenuity.

Musically, A Matter of Time is distinctly unnerving. All but one of its tracks are in a minor key; an unusual step from Protoje but historically used to good effect by Metallica on Kill ‘Em All and Alicia Keys on Songs in A Minor. Throughout the album, the foreboding is punctuated by complex, unexpected chord changes. The constantly dark overtones these musical devices create set the theme for the album’s production and lyrical content.

It’s opening track – Flames (featuring Chronixx) – sums up the rest of the album: unexpected and innovative. It’s a bold start, with a sweeping, orchestral introduction, worthy of cinematic composition greats like James Horner and John Williams. But this opening is actually deceptive. Because it also echoes the over-blown production of more commercial 90s east coast hip-hop. And Flames is grounded in that. Once the orchestral intro has finished, it almost feels like Wu-Tang Clan has been involved, albeit with some flashes of the Middle East here and there. The track talks about the state of the world while control is in the hands of the ‘one percent’ and corporations. As Protoje spits:

Liars and scribes
Them start the writing
Oh, look at how them want us fighting
Distracted with advertising
Control your brain with all the choices
And now them want control ganja prices

But Flames isn’t lyrically downbeat; it’s more of a call to metaphorical arms – to ‘burn’ the current order down. It encapsulates the rest of A Matter of Time; insomuch that the darkness of the music, production, and lyrics are permeated by chinks of hopeful light.

There are a number of stand-out songs; not least the album’s namesake A Matter of Time.

Once again, Protoje heads into hip-hop territory with the recognisable hard beat and drums. But like the rest of the album, the track is far more eclectic than that. Protoje’s singjay vocals (a mixture of singing and DJ-style rapping) are laid back, lilting across the infectious melody. But it’s the production that stands out. Like something from a horror film, strings swipe and stab over the top of the fast piano riffs. Just to complete the unsettling backdrop, A Matter of Time even puts a theremin to good use, as Protoje muses on self-affirmation in a world that would prefer us to be like “crabs inna tha barrel”:

So if you doing what you can and you going with a plan
You have no reason to ever live in fear, do you?
‘Cause that’s the worse type of living, I can tell you
Put you pon a level make you start fi doubt yourself
The thoughts about regrets, the what if, the shoulda could
I living in the present, that is forever my mood
To them, gatekeepers who want keep it closed so
Watch me come through and bulldoze you

Musically, the mainstay of the album is reggae. But what Protoje does so ingeniously is to subtly tinker with the roots reggae format, and create a collection of fresh-sounding tracks.

Songs like Bout Noon have a distinctly reggae vibe to them, but don’t fit the traditional mould. It has an Isley Brothers feel about it: the vocal production is multi-layered and filled with harmonies, again moving the track out of a traditional reggae area. Lazy electric guitars tease their way through the persistently-aggravating hi-hats and cymbals; their incessant nature reflecting Protoje’s sexually charged, wanting lyrics.

His own vocal dexterity, and his ability to construct complex pieces around this, is again highlighted well in the Rastafarian anthem Truth and Rights – the only track in a major key on the album. It’s a duet with up-and-coming roots vocalist Mortimer, and the pair work extremely well together across the track’s smooth, horn-laced groove.

Lessons has more of an early reggae feel, with its use of the bubble pattern (where the keyboard plays off the actual beat). And Blood Money, released well before the album was, is another stirring example of Protoje’s dark musical fusions and conscious lyrics.

But it’s perhaps A Matter of Time‘s last track, Camera Show, which sums up the album best. It’s difficult to pin down just what, musically, Protoje has created here. There are elements of trad jazz; the bubble pattern returns; a gospel choir sings in the background; electric guitars riff; and the whole thing is brought together by Protoje’s intricate singjay about the chaos that the US, and the world, are facing. It’s complex, unsettling stuff, as he spits:

Me say the whole world a war over money
Religion and politics and still the people hungry
Leaders deh pon Twitter feed them ego like a dummy
Come in like a comedy but nothing deya funny
Land of the free and the home of the brave
Who consider owning other people as the good old days
Now I hear they really want fi make it great again
Acting like it was so great back then, oh man

From a dark place?

A Matter of Time‘s dark nature is perhaps reflective of Protoje’s own mindset at present. The overriding themes of capitalism, corporations, corruption, and society’s conscious/unconscious complicity in all this dominate his lyrics; perhaps giving us a glimpse into the mind of a man who believes we’re actually running out of time to change.

He told The Canary of living under and battling the effects of capitalism:

I think it’s much harder than it sounds. We’ve just gotten used to it as a people, to live a certain way, programming for decades upon decades; it’s now something that’s normal to a lot of people. I feel that we’re definitely running out of time and I’m not as hopeful as I once was, but [I’m] still determined to do as much as I can to effect as much change as possible.

Bringing about change is what drives A Matter of Time, but it’s also what has driven much of Protoje’s work. His previous full album, Ancient Future, was grounded in storytelling and political and social messages. But you can go back as far as 2010’s single Dread to find his conscious roots.

Truly, a matter of time

Protoje could well be considered a bit of a veteran in the growing movement of conscious artists. From his contemporaries like Natty and Kabaka Pyramid, to political theatre and film, via photography, satire and grime, politically and socially challenging art is experiencing a renaissance. But Protoje believes that artists sticking to their own specialities isn’t enough. He told The Canary:

Each individual is definitely important but I think all the arts in working together and joining in with academics would make a great impact – without all the arts working together, it won’t have the impact it needs to have. I feel in modern days, musicians have a chance to do what philosophers used to do back in the olden days.

A Matter of Time is yet another groundbreaking piece of work to come out of Jamaica. Its complexity is far more subtle than some of its contemporaries. But you get the feeling this is what Protoje wanted. He has continued to redefine just what the roots/revival movement means – steering it to an as yet unknown destination via some eye-opening locations. And A Matter of Time is the most intricate and thought-provoking stop on this journey; cementing Protoje’s status as not only an inspired artist, but as a musical innovator.

– Find out more about Protoje and buy A Matter of Time.