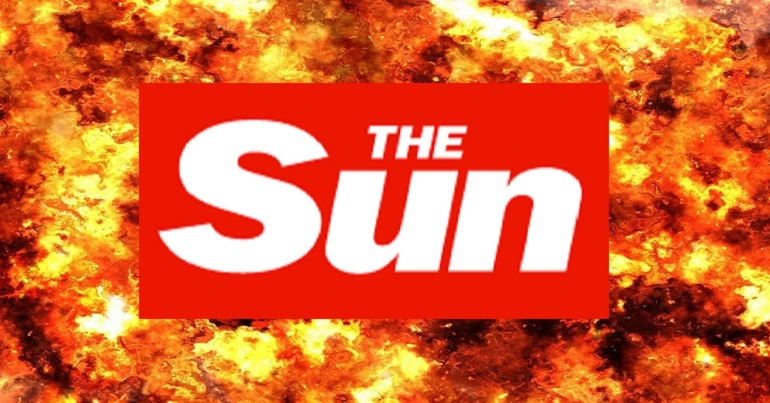 The creator of one of the most prolific satirical news sites on social media has told his story to The Canary. And aside from fooling The Sun, Katie Hopkins and Milo Yiannopoulos into believing his (obviously) tongue-in-cheek tales, the man delivering ‘news’ from an Essex seaside town says “bollocks” to The Daily Mail as well.

It’s all in the best possible taste…

Southend News Network (SNN) was launched in October 2015 by Simon Harris, who originally remained anonymous. As its website states, the goal of SNN was to:

Add a satirical/spoof-like touch to issues that people are passionate about in Southend-on-Sea. Above all else, SNN is all about having the occasional ‘dig’ at the powers that be, as well a slightly bigger and more frequent ‘dig’ at certain elements of local media!

But the site quickly grew, and now has a cult social media following, with SNN producing articles on a daily basis. As Harris told The Canary:

SNN started as a bit of a joke to have a dig at the local rag, and it just sort of snowballed from there into a mix of Southend stuff and more general topics.

Harris is not a political journalist/satirist by trade. But what he does do is social media management; something which may have helped SNN to get an estimated 20,000 Facebook impressions a day at its peak. He said:

I manage a number of social media pages for people who don’t have the time or patience, slipping in the odd SNN link here and there… I also seem to have developed a reputation for being the computer ‘go to guy’ for the local over-65s in Southend, after spending a few years volunteering for Jewish Care and helping local retirees get online, check their email, use Facebook, and so on.

Because of my work in this field, Southend-on-Sea has the lowest rate of over-65s just typing ‘Happy Birthday’ as a status by itself and posting it on their own wall. True fact.

“True facts” are not something SNN generally deals in though. And its satirical spoof stories have borne substantial fruit for the website, managing to fool some big names into believing them.

First off was Hopkins. In 2016, she announced live on her former LBC show that:

But as SNN news noted:

It turns out she HAD found the information on the Internet. Her source… **drumroll** …SOUTHEND NEWS NETWORK!

Hopkins later admitted in the show that she had in fact been spoofed.

Then there was The Sun. In April 2017, the right wing tabloid ran with a story called Mum furious after her toddler was BANNED from a vegan kid’s birthday party – for wearing a cow onesie. The article contained comments and photos from the furious mum, who called the incident a “hate crime”. But sadly for The Sun, it was a spoof piece from SNN. Harris even went so far as setting up an email address for the meat-eating mum to provide comment to the tabloid.

And who can forget more recently right wing ‘journalist’ Yiannopoulos falling for the story of a man who won a landmark legal case? He was allegedly awarded £150,000 in compensation after the NHS refused to give him a cervical smear test. The judge in the case reportedly said:

It is the judgement of this court that such a cavalier attitude by the NHS is a direct attack and insult towards anyone who is campaigning for gender equality in the United Kingdom.

And yes – you guessed it. The story was more fake tomfoolery by SNN.

The death of an art form?

But SNN‘s politically driven satire is one of only a handful of successful spoof websites in an otherwise barren land for cutting edge comedy. With the exception of Have I Got News For You on the BBC, mainstream political satire doesn’t feature much. But Harris has a solution:

Thank heavens for YouTube – it means everyone has access to Spitting Image, The Day Today and Brass Eye on demand! Have I Got News For You is still the finest example around at the moment, but I think people just want to watch reality dross and nothing else these days and this pushes everything else out of the schedules. TOWIE is the best example of Essex satire on TV!

Harris’ satire doesn’t hold back, and anyone is fair game for SNN. But he says that he doesn’t “really have political leanings as such as the whole thing is a circus”. He wryly notes that in the past year he’s “made a bit of a prat” of himself while trying to engage “in actual political debate with actual people”. However, Harris does still have some strong opinions on Brexit:

The EU referendum was the finest example I have ever seen of politics gone horribly wrong, and we actually ended up with families falling out because of the Brexit divide.

The government didn’t help by just assuming that Remain would win anyway, and thousands of people spent the day after the vote Googling ‘What is the EU’ because they voted Leave on the advice of Dave down The Nags Head who had his sun loungers ‘invaded’ by a family of Germans in Marbella in 1987.

Now they talk about a second referendum. Yay! More politics.

But could SNN days be numbered? With the Conservative government seemingly hell-bent about cracking down on what it calls “clickbait and low quality news” and Facebook restricting news content, the future is uncertain for many web-based news and satire sites. And Harris is all too aware of this, as Facebook impressions have gone from around 20,000 a day a year ago to just a few thousand, now. As he told The Canary:

Everyone agrees that fake news is a problem, but unfortunately too many people lump ‘satire’ into the same category. And now a number of pages, including mine, have noticed that reach is getting hammered by Facebook who are naturally worried about being accused of allowing fake news to flourish. Brexit? Fake news’ fault. Trump? Fake news’ fault.

I made a joke about Southend News Network taking responsibility for Trump winning and Newsweek ran an article about my admission of guilt. Says it all.

It would be a crying shame for SNN to experience difficulties, not least because Harris is an active fundraiser for charities via the site:

I keep going with the SNN stuff as it is a great vehicle for charitable fundraising as well. There have been a few campaigns so far, but two notable ones have been raising around £17,000 for the Trussell Trust by setting up a JustGiving page to raise money for Katie Hopkins to pay her libel damages to Jack Monroe. Also, an appeal just after Grenfell raised around £9,000.

But Harris is already making contingency plans in the event that SNN goes down the swanny. He has, interestingly, launched a ‘potty training’ book for children and parents. No, really – he has. Called Little Budgie’s Done A Fudgie, it does what it says on the tin…

B*llocks to The Sun

SNN is one of the most delicious satire sites out there. A no-holds-barred ride of slaps, swipes and snide asides at politicians of every political colour; pop culture; society and anything else in between. It is hilarious and somewhat terrifying in equal measure. Because Harris’ nimble-witted semantic gymnastics make it impossible to tell whether his work is real or spoof news. Which is the mark of a talented satire writer.

But does he have a message for his critics? He does indeed:

Turn your attention towards The Daily Mail and The S*n. The amount of influence that these real media outlets have is unreal in terms of raw numbers, and they know that this level of ‘trust’ means that they can spout fake news all day long and just call it ‘journalistic licence.’ Bollocks.

Bollocks, indeed, to The Daily Mail and The Sun. And long live Southend’s finest news network!

– Support SNN and join The Canary. Also donate to the SNN ‘Hopkins’ fundraiser.