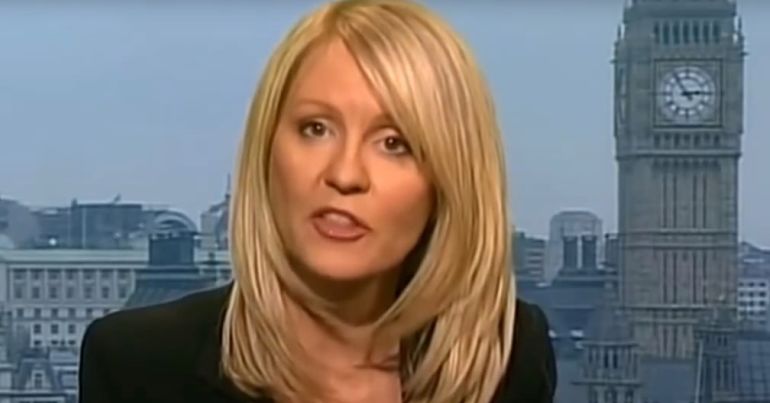 So far, McVey has got away with issuing a short apology to parliament. But people are predicting that, if she were a benefit claimant, the DWP would not be so forgiving.

On 15 June, the National Audit Office (NAO) issued a scathing report tearing Universal Credit apart for not being value for money and causing hardship for many. McVey twice addressed the House of Commons regarding the report.

On 4 July, the auditor general of the NAO – Amyas Morse – wrote to McVey, stating:

It is odd that by Friday 15 June you felt able to say that the NAO ‘did not take into account the impact of our recent changes’. You reiterated these statements on 2 July, but we have seen no evidence of such impacts or fresh information.

I’m afraid your statement on 2 July that the NAO was concerned universal credit is currently ‘rolling but too slowly’ and needs to ‘continue at a faster rate’ is also not correct. While we recognise regrettable early delays to universal credit, my recommendation made clearly on page 11 of the report is that the department must now ensure it is ready before it starts to transfer people over from previous benefits.

The ministerial code is clear:

The Ministerial Code is clear: Ministers should correct errors at the earliest opportunity. If they knowingly mislead Parliament they should offer their resignation.

McVey misled Parliament & only once public is she correcting her errors.

But there seems to be one rule for McVey and another for those at the mercy of the DWP:

If you or I 'inadvertently misled' Esther McVey's Department, we'd get a benefit sanction of up to 2 years & possibly criminal prosecution, but when she 'inadvertently misleads' our elected parliament she thinks she should get away with a slap on the wrist https://t.co/E07UNcgt6W

Your benefits can be reduced or stopped for up to 3 years if you’re convicted of benefit fraud.

And the DWP has prosecuted some claimants for misleading it. Yet that doesn’t seem to be on the agenda for McVey:

Following Esther McVey being caught lying to Parliament there is a discussion as to whether or not she should be sacked.
This is limiting the scope of the debate as it excludes from consideration the possibility that she should be prosecuted.
Same thing happened with Amber Rudd. pic.twitter.com/cOljJ5lhP7

Even if claimants were just late for an appointment, they would feel far heavier retribution than McVey:

Surely the DWP has to treat her by its own rules?

#EstherMcVey Will anyone who makes a mistake on their appliction for Universal Credit get away with a 3 minute apology for "inadvertently misleading" the DWP?

Not fit for work

People are rightly furious that McVey is seemingly “getting away with it”:

McVey lying & getting away with it makes my blood boil. If there's the slightest question about a benefit claimant's claim, the person is called to a DWP compliance interview & hauled over the coals. DWP accusations in these cases are often wrong, but they put people through hell

While others drew a logical conclusion:

Ironically, in this instance, Esther McVey is one person who should be classified as “not fit for work” pic.twitter.com/f7Ma74k4XK

The DWP has caused misery for thousands of claimants, so seeing McVey grovel was enjoyable for some:

WHAT JOY IS THIS. Esther McVey forced to apologise to parliament after making “misleading statements” about Tory welfare cuts. https://t.co/47XV6hChuG

McVey continuing in her job is an insult to those who have faced the misery of sanctions or the despair of failing a Work Capability Assessment. So some argue there is only one fair outcome:

Esther McVey deliberately lied to parliament for her own political gain.

There is only one correct outcome from this admission. She either resigns or is sacked.

Get on with it @theresa_may

If the government lets McVey off with just a slap on the wrist, it will be an act of shocking hypocrisy, given how the DWP treats people who rely on benefits.

No wonder so many people think it’s time for McVey to get a taste of her own medicine.

– Join The Canary so we can keep bringing you the analysis others miss.