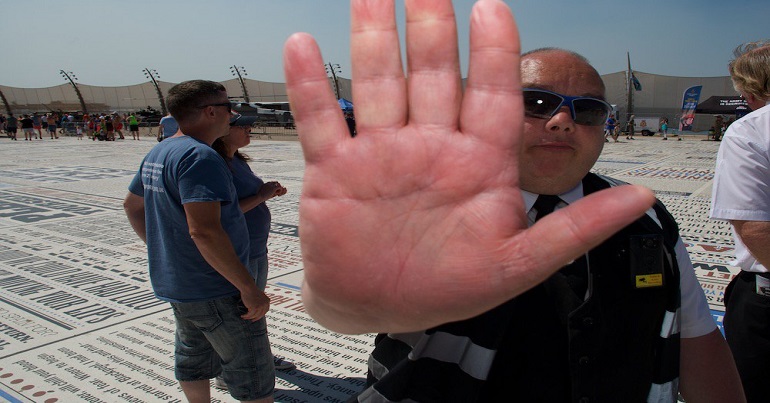 A group of military veterans was escorted off the promenade in Blackpool during Armed Forces Day celebrations.

The incident occurred on Saturday 30 June 2018, as families across the UK were encouraged to pay homage to the various branches of the British military. 12 “Army and Navy Veterans”, who were wearing ‘Veterans for Peace’ T-shirts, were on the promenade handing out leaflets and speaking to passers by.

A peaceful day in the sun

Phillip Clarke is a member of Veterans for Peace (VFP). He was among the 12 in Blackpool, and he told The Canary that the environment was relaxed and subdued. People were happy to speak to them, Clarke explained, especially the girls and boys dressed in cadet uniforms.

But Clarke says that some people seemed less than pleased:

We had been on the promenade for about two hours when, we understand, a military person on one of the stands complained about our activities to a Blackpool Council representative.

They warned that if we persisted in our discussions, handing out leaflets, and wearing our T-shirts on the promenade, they would ask the police to arrest us.

Veterans being escorted off the promenade by @BpoolCouncil security at #ArmedForcesDay2018. We were threatened with arrest if we re-entered wearing our VFP tee shirts and/or handed out leaflets. pic.twitter.com/m4vZV1xKj1

No-one at any point was threatened with arrest.

In response to many complaints from people at the event, including veterans, members of the public, cadets and staff, the council representative asked the VFP to stop handing out leaflets. This was because the content of the leaflet was not deemed appropriate for the event or the audience at the event. Furthermore, the distributers of said material did not have a leafleting licence as needed to distribute printed material.

All speech is free, but some is more free than others

The event organiser advised that if they wanted to leaflet at another time how they could obtain a licence. Similarly it was stated that the group could stay if they stopped engaging with the public in the manner that they had been previously.

Bollington also linked The Canary to the council rules on leaflet distribution.

But as Clarke pointed out, the rules state:

So maybe we didn’t need permission, as one could construe our leaflets were distributed for political reasons. 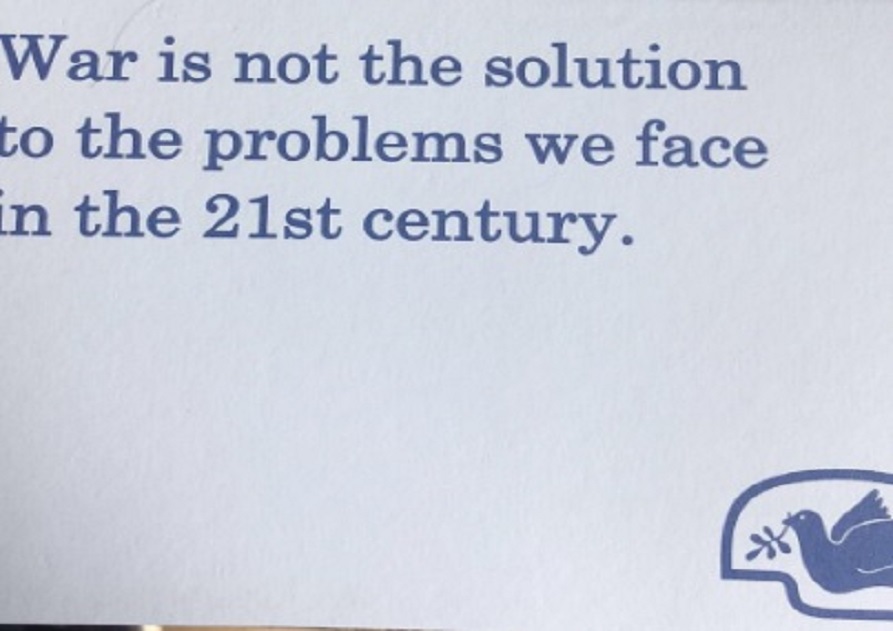 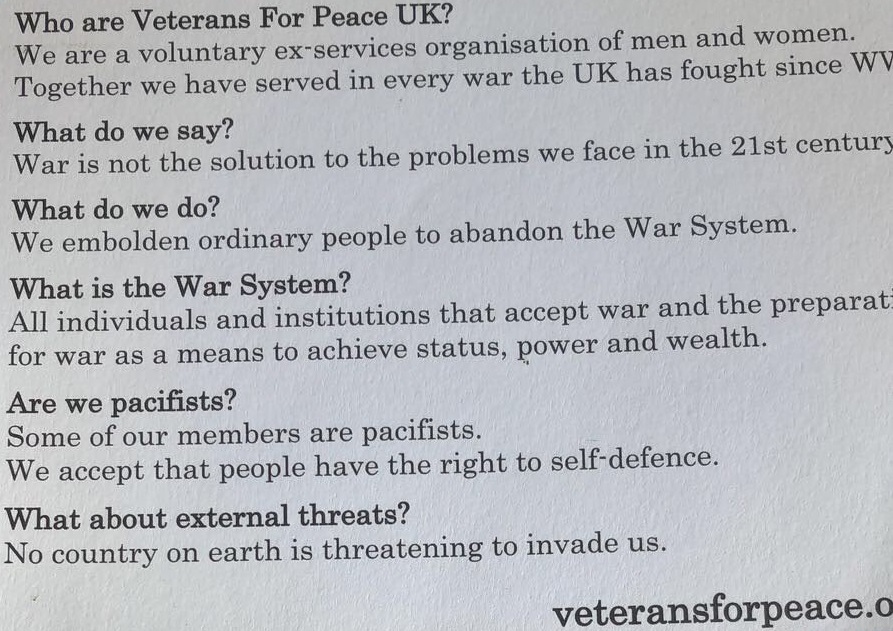 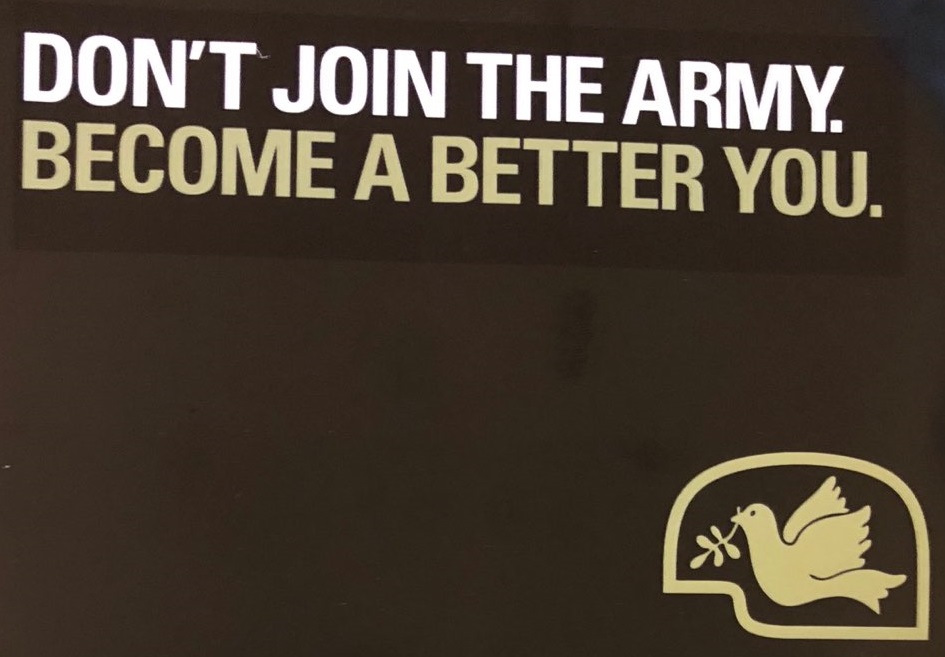 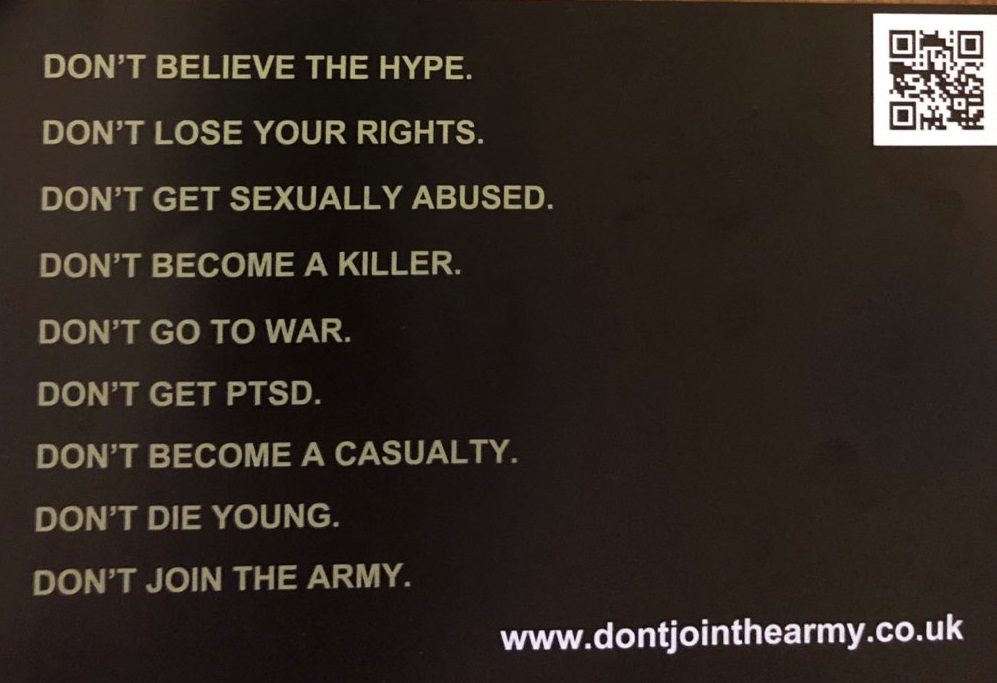 Ultimately, the VFP members “had a brief discussion” and “decided to have one last group photo and then withdrew”.

Research shows that the outcomes for our child soldiers is poor with post service joblessness, homelessness, and mental health conditions such as PTSD.

But more importantly, veterans in VFP are in principle against children being recruited into the military.

It was quite disturbing to see in Blackpool children handling firearms, posing for pictures of them aiming these weapons at people. The 'soldiers' on the stands were encouraging the parents of the children, laughing as though a weapon is harmless fun. It is not.

Clarke also pointed out that similar things “occurred in Llandudno and Leicester“, so “this incident should not be seen in isolation”. 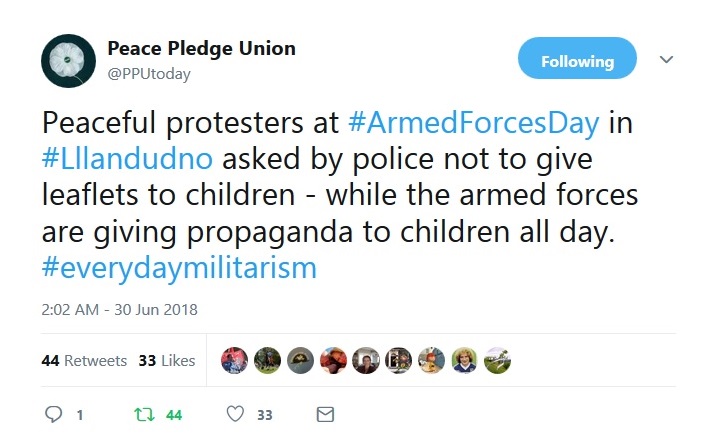 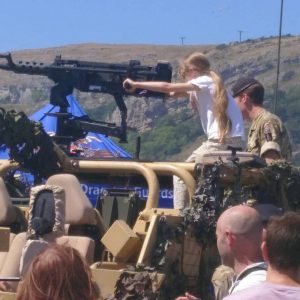 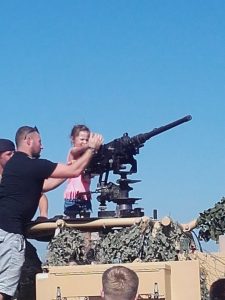 It would appear that there’s an ever-shrinking space for people to voice dissent – even in a peaceful and calm manner. This was on display most clearly when 12 military veterans were asked to leave an Armed Forces Day event, for the ‘crime’ of calling for peace.

The Canary contacted the UK armed forces, which declined to issue a statement on this matter.

– Read about how the military uses Armed Forces Day to target children for recruitment.

– Learn about Veterans for Peace UK and its work educating young people on the true cost of war.