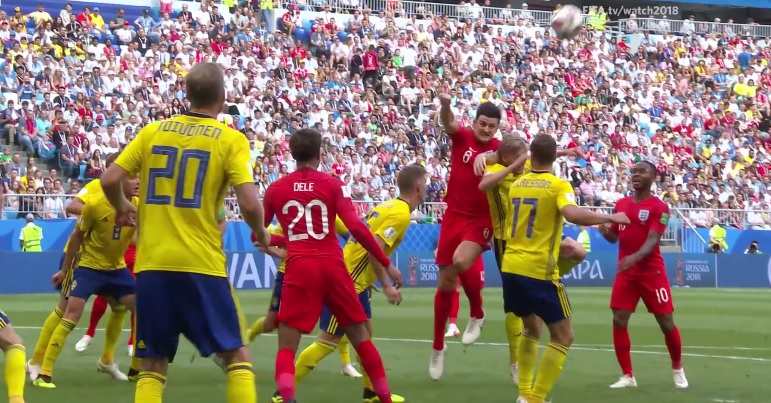 Ahead of the semi-final game between England and Croatia, the Independent asked Britain the most moronic question about the World Cup. And people gave it the answer it deserved.

The media outlet published an article on 10 July about the possibility of England winning the World Cup. But the Independent‘s Sean O’Grady didn’t focus on how emotional the players, and many English people, might be if the team claims victory. Instead, he put a spotlight on the players’ physical safety. Specifically, he warned the team against kissing or touching its much-desired trophy – in case Vladimir Putin takes “the opportunity to smear some novichok” on it.

O’Grady also ponders another supposed ordeal that winning will force on the players. As the headline explains:

If England wins the World Cup, it’ll be a diplomatic nightmare for the players who have to shake hands with Putin

And in his opening line, O’Grady asks:

will the squad shake hands with Vladimir Putin?

'If England wins the world cup, it'll be a diplomatic nightmare for the players who have to shake hands with Putin' https://t.co/FuTGL9ZBiS

Essentially, O’Grady concentrates on one of the most heated situations in Russian-UK relations right now – the claim that Russia is responsible for poisoning people on British soil. This is an assertion, however, that’s still not proven.

O’Grady uses this to divide people, and to royally fuck the England team’s enjoyment of that winning moment, should it happen.

Thankfully, social media users were on hand to calm the outlet down a bit:

Why? Shaking hands and then come back home. Slow day Indy?

Typical independent, it's a handshake ffs

And others pointed out that some media outlets seem a little selective in their outrage:

Meanwhile, Sky Sports shared a very different impression of Russia’s behaviour during the World Cup. It tweeted out a video of a reporter talking to two England-supporting Russians:

WATCH: The Russian fans are in fine voice outside the England team hotel as they believe football is coming home. pic.twitter.com/hlJVf4nm8z

The Sky Sports video got more than 2,500 likes on Twitter, and the Independent‘s story got just over 60. Clearly, people were more drawn to the unity and common ground found in Sky‘s video than the divisive fearmongering offered by the Independent.

Sports aren’t for everyone. But they can bring people together. That’s clear from the streets of Russia to the jam-packed beaches, parks and pubs during the current games.

Sports can also, however, be used to divide people. And that’s exactly what the Independent‘s article does.

But as England manager Gareth Southgate has said, the “collective spirit” is why he believes his team is still in the game. And indeed, that spirit gets us a lot of places – all of which are much better than where division leads.