Trump has a 'solution' for immigration. But his bullsh*t is lost on no one. - Canary 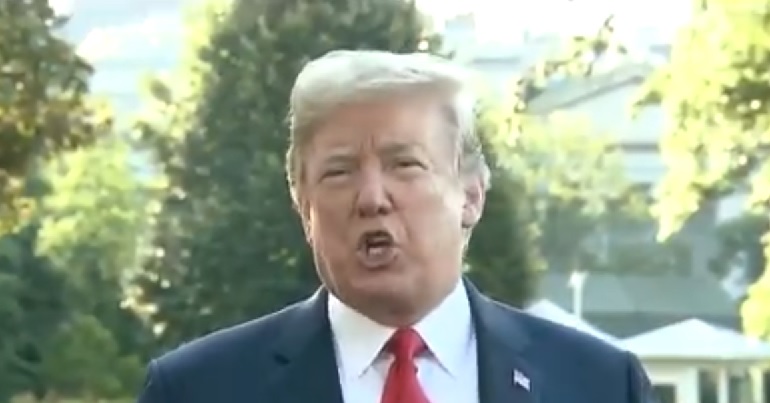 On 10 July, US president Donald Trump offered a “solution” for recent scandals surrounding his country’s treatment of immigrant families. The problem with that “solution”, however, is that it calls on people to respect what the US government has long treated with utter contempt: laws and borders.

“We have laws. We have borders.”

The term “American exceptionalism” has a long history [paywall]. But many believe it summarises the idea that Washington feels it only has to abide by laws it finds convenient. As the Nation argues:

Washington, more than any other power, created the modern international community of laws and treaties, yet it now reserves the right to defy those same laws with impunity.

And as the America magazine says, “the U.S. violates international law in plain sight”.

In the 20th century, Washington used covert CIA operations to exert its influence abroad. That included supporting numerous coups and brutal right-wing dictatorships in its ‘backyard‘ in the 20th century. And today, in countries like Paraguay, Honduras, Brazil, and (so far unsuccessfully) Venezuela, the same agenda is still playing out – albeit in slightly different ways.

The 21st century, meanwhile, has seen illegal US invasions of Afghanistan, Iraq, Libya, and the use of “endless incarceration, extrajudicial killing, pervasive surveillance, drone strikes in defiance of national boundaries, torture on demand, and immunity for all of the above on the grounds of state secrecy”.

In 2016, Alternet reported on Trump’s “lifetime of lawlessness” and “borderline criminality”. And it quoted award-winning investigative reporter David Cay Johnston, who wrote:

For his whole life Trump has cheated workers, shortchanged small business owners and ripped off investors, as courts have determined in some of the 4,500 Trump lawsuits

Alternet went on to give ten specific examples from Johnston’s book – The Making of Donald Trump.

As president, meanwhile, Trump clearly dislikes established authorities looking into his own affairs in accordance with the law – calling legal investigations “a total witch hunt”.

In short, Trump’s “solution” flies in the face of decades of US disrespect for laws and borders – the consequences of which have been a key factor in encouraging immigration to the US.

We must not only stop the abuse of immigrants. We must end US policies driving mass migration in the first place – economic & military domination, neoliberal globalization, drug wars, regime change, & climate destruction.

And Stein’s right. If Trump is serious about ending immigration to the US, he must first put an end to his country’s disastrous foreign interventions. That will be a thousand times more effective than any wall he can build.