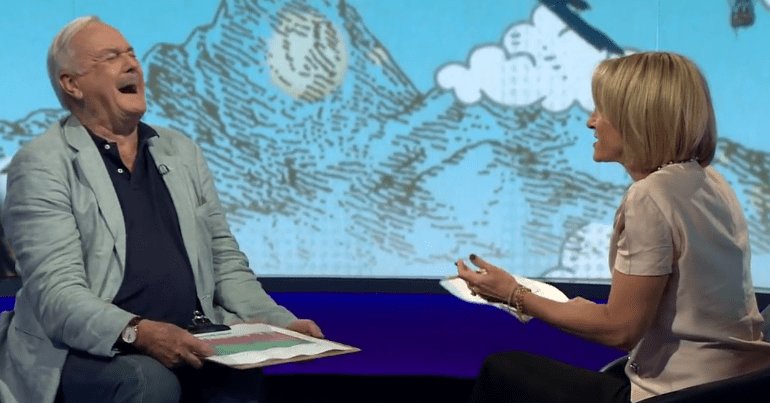 On 10 July, John Cleese couldn’t keep a straight face after BBC Newsnight host Emily Maitlis tried to big up the UK press as spreading truth. Cleese sprung data on Maitlis that shows the UK has the least trusted press in Europe. Out of 33 countries, the UK has ranked rock bottom for the past four consecutive years.

In the 2018 report Cleese was referring to, the UK’s written press is not only bottom, but far behind its closest counterpart in terms of distrust: 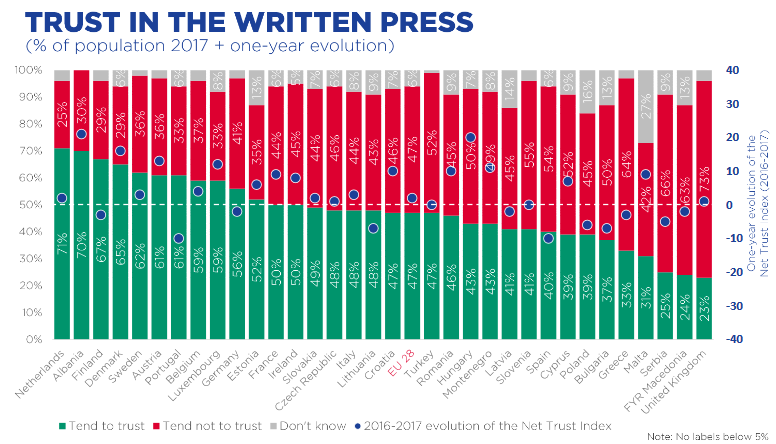 On Newsnight, Maitlis tried to defend the UK press against the findings, arguing:

Perhaps there is a correlation between the kind of press which is robust, which creates a certain level of curiosity and cynicism…

But the Monty Python co-founder bellowed with laughter at her response, then said:

While Maitlis tried to explain away the findings with social media, Cleese insisted that the views of readers reflect the reality:

They feel that because it’s true.

Indeed, every country in Europe has social media. But only people in the UK trust their press so little.

Government in “cahoots” with the press

Cleese has form here. During the 2017 general election, he accused Theresa May of being in “cahoots” with the press:

No,but 80% is owned by three different lots of billionaires,with whom Teresa May is secretly in cahoots
Very depressed by this corruption https://t.co/emUFtJuMfN

Cleese was on the money here too: newspapers are generally controlled by billionaires in the UK. A quick glance at media ownership shows how rich, vested interests monitor the information that millions of Britons see:

Powerful individuals control the media in Britain. And while Murdoch enjoys “astounding access” to Downing Street under the Conservatives, Jeremy Corbyn has proposed breaking up media monopolies.

What’s certain is that a healthy democracy depends on a media free from vested interest. Cleese is spot-on to highlight the issue on the BBC.