Actor Chris Addison has sent an open letter to Esther McVey, stepping up pressure for her to resign - Canary 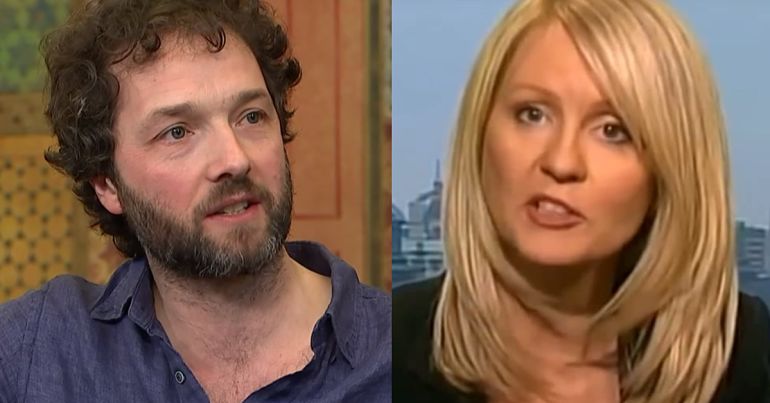 Chris Addison – comedian, actor, and star of political comedy The Thick of It – has sent a powerful open letter to work and pensions secretary Esther McVey:

.@EstherMcVey1 Hi, Esther. This should be with you by now. I look forward to your reply. pic.twitter.com/64WGlZ0lvq

.@EstherMcVey1 Good Morning, Esther. You seem not to want to tell us why you think you shouldn’t resign for deliberately lying to Parliament when that’s understandably the usual practice. So perhaps instead you could tell us why you think people have stopped trusting politicians? https://t.co/fMbnACDIM6

.@EstherMcVey1 Hi, Esther. I'm worried you haven't read the Ministerial Code. This is from paragraph 1.3c: "…Ministers who knowingly mislead Parliament will be expected to offer their resignation to the Prime Minister;" So why do you think you shouldn't? Could you tell us? https://t.co/hAqVAVtDgy

Due to a lack of response, he has now opted for a “more formal approach”:

.@EstherMcVey1 Hi, Esther. I’ve been trying to ask you these questions over Twitter in the three weeks since you admitted misleading Parliament. You haven’t answered so I hope you will to this more formal approach. Here’s the letter I’ve sent you. pic.twitter.com/RRmH8VjDy0

In the letter, Addison writes:

It’s clear, now that we are almost three weeks gone from your appearing in Parliament to apologise for grossly misrepresenting the NAO’s report on Universal Credit, that you have justified to yourself that your actions don’t require resignation.

He then lays out the ministerial code. This includes that:

Holders of public office should be truthful.

Addison concludes that McVey’s admission that she misrepresented parliament could mean one of two things. Either she “knowingly did so”, meaning she has no option but to resign, or her:

reading of what was an exceptionally important document was so incredibly wayward that it calls into question your competence as the head of the governmental department whose operations affect millions of people in real need.

He states that her actions risk a “poisoning of our political culture” – a point that clearly resonated with others:

Do keep us updated. Your point about the poisoning of our political culture is particularly relevant right now.

Well done on your tenacity. Keep it up (if her lack of response doesn't grind you down). The absence of accountability these days is quite shocking.

What would the DWP do?

Addison also asks McVey if it’s fair that her punishment differs so wildly from those of benefits claimants:

If a benefit claimant “inadvertently misled” the DWP they would be sanctioned and expected to explain themselves. You, as head of that department, have “inadvertently misled” Parliament and yet you have neither been sanctioned nor explained yourself. Is it fair that you be held to a lower standard than those whose lives your department deals with?

However, people on social media aren’t holding out much hope that these double standards will be addressed:

That’s a great letter Chris. However, I don’t give out much hope as Esther McVey clearly does not think that she should be subject to the same standard as the claimants of the benefits her dept are in charge of. This is because she’s a representative of a govt who loathe the poor

A superbly written letter. I doubt and McVey will bother to reply, as she seems to hold herself to some other standard of conduct.

A litany of disasters

As work and pensions secretary, McVey has overseen a litany of disasters. These include:

The DWP’s continued incompetence gives credence to Addison’s point. Even if we believe McVey’s claim that she “inadvertently” misled parliament, the fact she couldn’t comprehend an incredibly important report raises serious questions about her suitability for her job.

Either way, she needs to be shown the door.