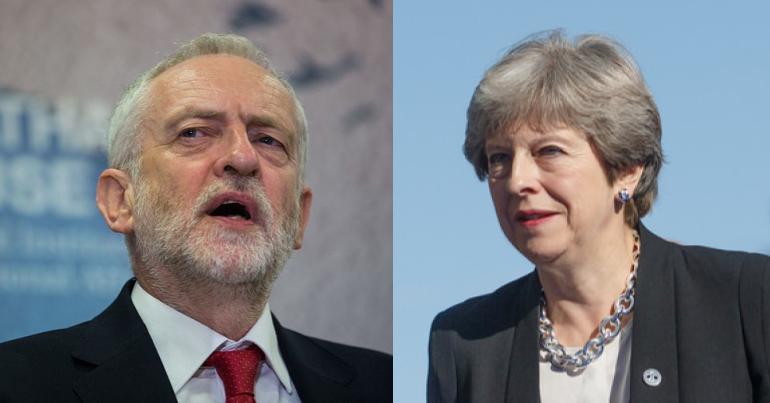 Jeremy Corbyn has called for the Conservative government to drop its support for the Saudi-led bombing campaign in Yemen. The intervention comes after at least 29 children were “slaughtered” when bombs hit a school bus in Yemen.

The Saudi airstrike hit the northern Yemeni province of Saada. The UK-backed Saudi-led coalition killed at least 29 children, all under the age of 15. According to The Guardian, a further 30 children sustained injuries.

According to Save the Children, the bus was heading back to school after a picnic. The driver had stopped to get a drink at the Dahyan market when the bombs hit.

Following an attack this morning on a bus driving children in Dahyan Market, northern Sa’ada, @ICRC_yemen- supported hospital has received dozens of dead and wounded. Under international humanitarian law, civilians must be protected during conflict. pic.twitter.com/x39NVB8G4p

The Saudi-led coalition claimed the strike was a “legitimate military action”. It also claimed the bombing conformed to “international and humanitarian laws”.

Corbyn, who has a history of opposing UK arms sales to Saudi, called on the government to act now. In a tweet on 10 August, the Labour leader said:

These children were slaughtered travelling back to school after a picnic.

It is the latest atrocity in the Saudi-led war in Yemen, armed and backed by the UK government.

UK support for this conflict, and the humanitarian crisis it's unleashed, must end.https://t.co/XgNOzW9HfN

…arming and advising a Saudi air force that cannot tell or does not see the difference between a legitimate military target and a bus full of children, a family wedding, or a civilian food market.

How can the May government justify the continuing sale of arms to the Saudi regime after it has bombed a bus full of children? The time for excuses from Theresa May has long gone. https://t.co/ECtjuwpKkZ

Yemen remains one of the world’s largest humanitarian crisis zones. According to United Nations Secretary General Antonio Guterreshave, at least 22 million people, three-quarters of the nation’s population, are in desperate need of aid.

Saudi Arabia is the UK arms trade’s largest customer. Arms sales to the kingdom have risen by almost 500% since the start of its intervention in the Yemeni conflict. In March, the UK government signed a provisional deal for the sale of 48 BAE Systems fighter jets to the regime.

The UK military has also provided the Saudis with targeting training on the ground. Theresa May welcomed the Kingdom’s crown prince Mohammed bin Salman to the UK in March this year.

Another reminder, despite all the criticisms of him, both legitimate and illegitimate, fair and unfair, the bottom line is he'd make a better prime minister than those who came before him.

When was the last time you heard a British PM say this? Unequivocally?

After another shocking incident where innocent civilians have been murdered, it must be asked: what will it take for the UK government to drop support for the Saudi regime’s campaign?

Opposition parties must unite to condemn the government’s continued support. And the people of this country must make it clear that this Conservative administration is not acting in our name.