Yet another museum is under fire for unethical corporate sponsorship - Canary 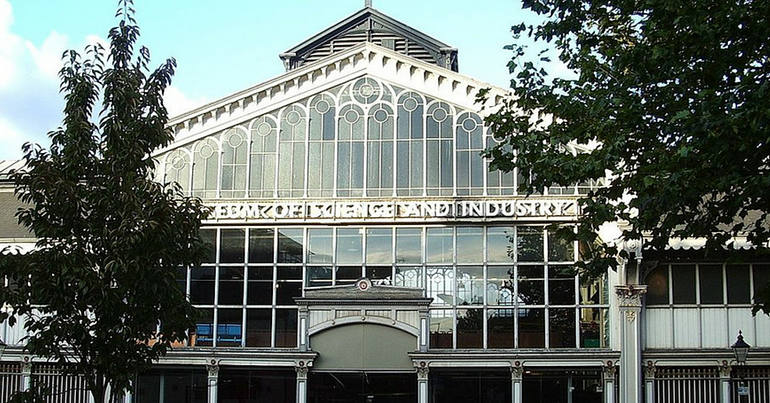 Yet another museum is under fire for taking money from an unethical corporation. Only a week after the Design Museum got into trouble for taking dirty money, the Manchester Museum of Science and Industry has announced that it’s taking sponsorship from Shell.

In October, the museum will launch a new exhibition, Electricity: the spark of life. The six-month exhibition is part-sponsored by Shell UK.

Shell is one of the world’s biggest fossil fuel companies. It emerged recently that Shell knew during the 1980s that fossil fuel emissions were causing climate change. But concerned about the cost of taking action, the company chose to carry on with business as usual.

“Multiple things that piss me off”

Climate change campaigners were quick to condemn the museum:

Fossil fuel companies are using art sponsorship to improve their reputation at a time of accelerating climate change. We are calling for @msimanchester to reconsider @Shell sponsorship@Cult_Unstained @CarbonCoop https://t.co/ubQLiG8THq

There are multiple things that piss me off about Shell sponsoring energy and climate content at our National Museums of Sci and Industry, but mainly it’s because it’s because I want to see Shell in a museum exhibit, not hiding in the sponsors wall.

No, @msimanchester, you really have not thought this through – and neither is the state of government funding an excuse for ever having @Shell sponsorship https://t.co/fDbuUfNx7C

"A museum dedicated to #science education should not be helping promote any company that is actively exacerbating this planetary emergency until they show a serious proactive drive to switch to #renewables." https://t.co/jKEVJEKnBx #climatechange pic.twitter.com/DIBjpRCe13

Over the past few years, campaigners have targeted several other institutions for taking money from oil or arms companies. The National Gallery was condemned after taking money from Shell. The Natural History Museum and Science Museum were denounced for hosting arms fair receptions. And protests took place at the British Museum and the Royal Shakespeare Company after they took money from BP.

Additionally, earlier this month, 40 artists removed their work from the Design Museum in protest at the museum hosting an arms company reception.

The Museum of Science and Industry must have anticipated some controversy. Director Sally Macdonald posted on the museum’s website to explain the decision. She said:

I know that some people disagree with our position that we should be open to seeking sponsorship from a wide range of corporate partners working in the fields of science, technology and engineering. However, it is a stance that both I and the Board of the Science Museum Group strongly support. These funding partners support our mission to inspire futures by igniting a curiosity in science. This is a goal that the museum and the Science Museum Group’s funders – as major employers of scientists and engineers – consider to be key.

It may be, however, that the museum’s decision is in conflict with its own ethics policy, which says:

There may be occasions when [Science Museum Group] will have to turn down opportunities of external funding…where SMG believes that acceptance could have a detrimental effect on its reputation.

The Design Museum didn’t come out well from a similar situation. And one company has already withdrawn from the museum’s upcoming Science Festival in protest at the deal with Shell:

Carbon Coop is withdrawing our involvement in Manchester Science Festival's Electricity Exhibition after it was announced that Shell would be a lead sponsor. Read our story to find out why https://t.co/sRtbzPbvqH pic.twitter.com/BCJEKvoOjE

If the museum is concerned about its reputation, taking sponsorship from Shell probably isn’t a great move. Next time, it might want to read this advice before accepting dirty money.

– Tweet the museum to ask them to refuse sponsorship from Shell.

– Read our other posts about climate change.