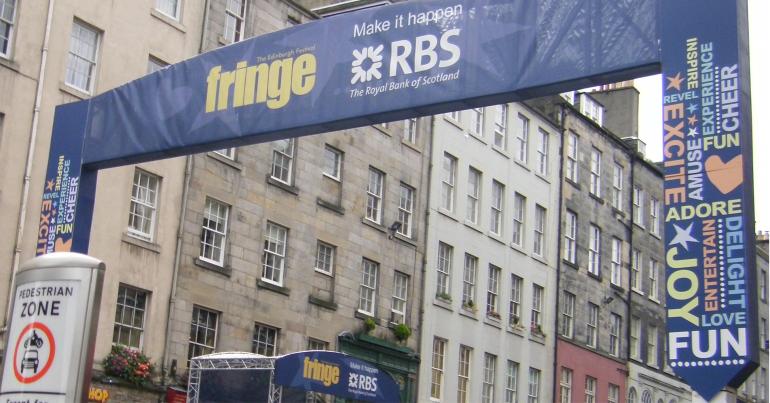 Festival season in Edinburgh is in full swing. The annual Edinburgh Fringe Festival is a huge attraction. In 2017, over 2.5 million tickets were sold for its many arts events.

But a recent report from the Fair Fringe Campaign has revealed a darker side to the festivities. According to Fair Fringe, its report uncovers  “some of the shameful practices employers and venues are guilty of in recruiting for festival workers”.

Festival run on the back of “unpaid labour”

Fair Fringe Campaign allege that the Edinburgh Fringe is run on the back of “unpaid labour”. The report also highlights what it suggests is an extensive abuse of volunteers as part of the business model of the festival.

It identifies the practices of one company in particular – C Venues – and accuses it of paying workers similar wages to those found in “sweatshops”:

Elsewhere, the report refers to a survey run by the Fringe Society. That survey found 50% of workers who were paid an hourly wage received less than the minimum wage. The Fair Fringe campaign suggests this could be due to employers asking people to work unpaid overtime. The report states:

It is far too common for employers to ask people already on the minimum wage to complete over time. This is often not paid meaning in real terms people are earning less than the minimum per hour.

According to the Fair Fringe campaign, exploitation of workers goes deeper than alleged abuse of volunteer labour and unpaid overtime. Its report suggests the Fringe also has an “ethical problem” with regards to pay deductions.

Again drawing from the findings of the Fringe Society’s survey, the report highlights that 30% of workers at the Fringe suffer pay deductions. The Fair Fringe campaign claims:

This is bare faced exploitation in the name of profit – the provision of accommodation for deductions is a profit exercise. Employers can recruit easily enough without this provision but do this to increase their margins.

In addition, the report alleges that long working hours are commonplace at the Fringe. These long hours include average shifts for some workers lasting more than 10 hours and more than 48 hours being worked in a single week. The Fair Fringe campaign also argue that adverts for jobs requiring more than 48 hours of work in a week could be in breach of equality laws. This is because workers aged 16 or 17 are not able to opt out of the Working Time Directive.

Similar reports of excessive working hours and other workplace abuse have been reported through the anonymous testimony of a C Venues worker. They claim:

We are given strict instructions not to let anyone know – including the performers in our venue – that we are not being paid properly.

Fair Fringe describes itself as “an alliance of Fringe workers and Edinburgh-based campaign groups fighting against exploitative pay and conditions.” It’s calling on Edinburgh Fringe employers to sign up to a charter of good working conditions. The charter includes commitments to paying at least the “real living wage” of £8.75 an hour, adequate rest breaks for workers, and recognition of trade unions.

The campaign was launched by Unite Scotland and has the support of Edinburgh City Council.

The Canary contacted the organisations named in the Fair Fringe report, inviting them to respond to the allegations.

We do pay all our interns who work at the Fringe. There’s no denying the hours are long, but we’d never employ anyone who was too young to sign the 48 hour working directive waiver.

In addition, while there are no set days off, this does not mean that employees work the month without time off, more that time off is planned on an ad-hoc basis to work around the demands of the Fringe. All staff get time off during the month, but the nature of the Fringe means we plan those times as we go along.The advertisement is worded so as to make sure applicants are aware of the nature of working at the Fringe.

We would say that the Fringe is a unique event, those working on it do so as a lifestyle choice for 3 weeks to gain invaluable experience and to enjoy it. The Edinburgh Fringe survey last year very much portrayed that.

For pop up venues in Edinburgh, i.e. those that do not run bars or who have year-round organisations, then the staff have an altogether different, varied and enjoyable experience. The proof of its success is very much in the pudding and we have a team that returns year-on-year.

At the time of publication, no other companies responded to our request for comment.

The Fringe Society is committed to ensuring that everyone who works on the fringe, in whatever capacity, has the best experience possible.

the bedrock of a successful mixed economy of the arts is decent government investment.

In recent times the arts have suffered a triple whammy with central government investment, national and regional investment and local council investment slashed as a result of austerity measures. Every time that investment is scaled back the arts shudder and stall.

Some have also argued that austerity in the arts sector has led to paid work being replaced with unpaid labour.

The combination of arts funding cuts and companies using exploitative practices could prove a toxic cocktail for workers in the creative industries. As the world’s largest arts festival, the Edinburgh Fringe appears to be a major site for this exploitation.