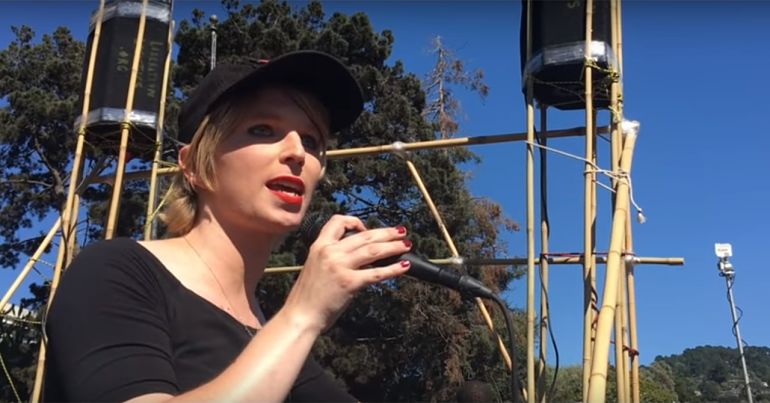 A threat to ban celebrated whistleblower Chelsea (formerly Bradley) Manning from visiting Australia has meant she will be unable to speak in person at a scheduled event at the Sydney Opera House on Sunday 2nd September. Government dithering also means that other scheduled dates are in doubt too.

A letter to Manning from the Australian government outlined its position: 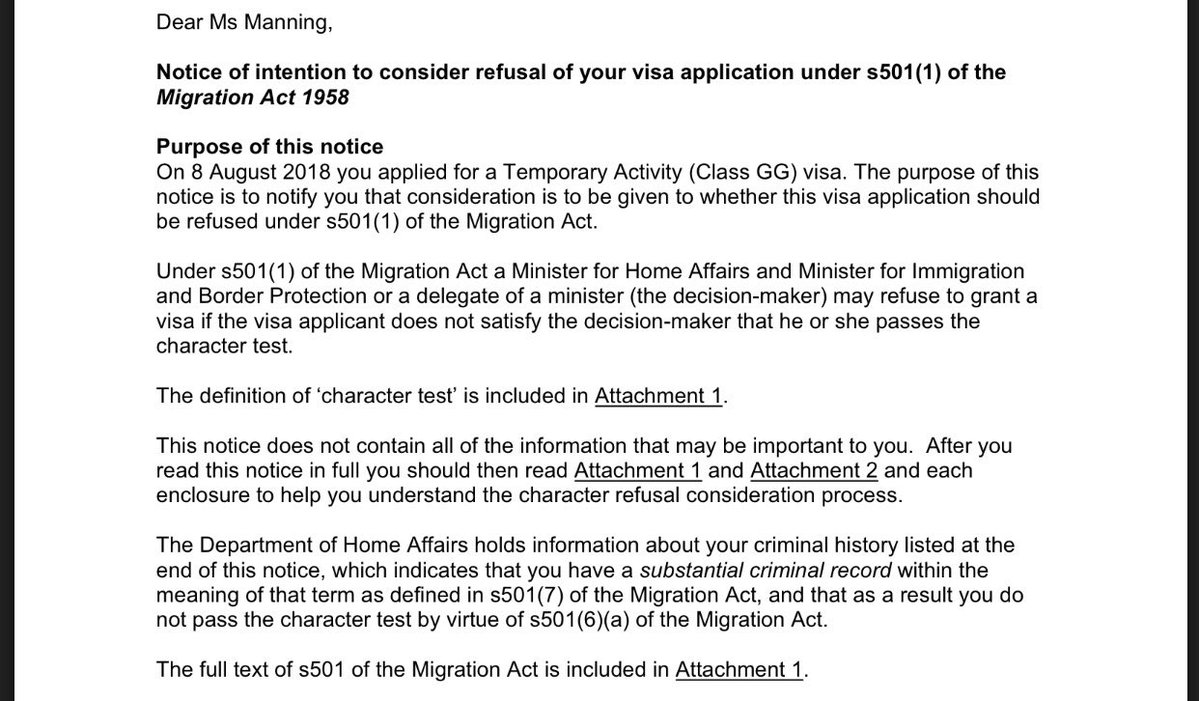 Just when it doesn't seem possible that Australia's reputation can sink further into a mire of injustice and racism, the government in Canberra proposes to deny Chelsea Manning a visa and deny her right to free speech. When will Australians take action against such outrages?

Australia has threatened Manning with a visa ban under the Migration Act as she has a “substantial criminal record”.

However, others dispute this:

Manning does not have a criminal record. She has a military record. She was convicted under military law in military courts for communicating true information to the press about the war in Iraq–including of the slaughter of journalists. She was released by presidential decree.

Neighbouring New Zealand has not imposed a ban and Manning has several speaking dates lined up there. In September 2017, Canada imposed a ban based on similar criteria to that given by Australia but withdrew this in May 2018.

Meanwhile, the organisers of the Sydney event have decided to continue with the Manning interview via video link.

Manning is the recipient of several awards, including the Guardian’s Person of the Year and the prestigious Sean MacBride Peace Prize (though Manning has made it clear she’s not a pacifist).

Manning was responsible for the leak of over 700,000 documents, subsequently published by WikiLeaks, relating to the second Iraq War and the Afghanistan conflict. On 22 October 2010, Wikileaks released the Iraq War Logs:

Perhaps Manning’s most infamous war crime exposé was a video of a US Army Apache helicopter in Baghdad in 2007 opening fire on a group of men. The helicopter crew fired on civilians, including a Reuters photographer and his driver. The crew also fired on a van that stopped to rescue one of the wounded men. The driver of the van was taking his small children to a tutoring session. He was killed, and his two children badly injured.

In 2013, Manning was convicted of espionage by a military tribunal and sentenced to 35 years. However, in January 2017, US President Barack Obama commuted her sentence to end in May of that year

Since her release, Manning has also been active on a range of issues including LGBT rights and anti-fascism, as well as speaking out against the US political system generally.

Manning is a dual US-UK citizen and, as such, has every right to enter and live or work in the UK, should she so choose.

Manning’s views could not be further removed from those of the Australian government, also known for its vicious treatment of asylum-seekers and children imprisoned on offshore islands Nauru and Manus Island.

Indeed, journalist and Iranian refugee Behrouz Boohani, currently detained on Manus, argues Australia could only progress if it underwent a moral revolution. It could start by allowing Chelsea Manning into the country.

– Read more of The Canary‘s reporting on Iraq.