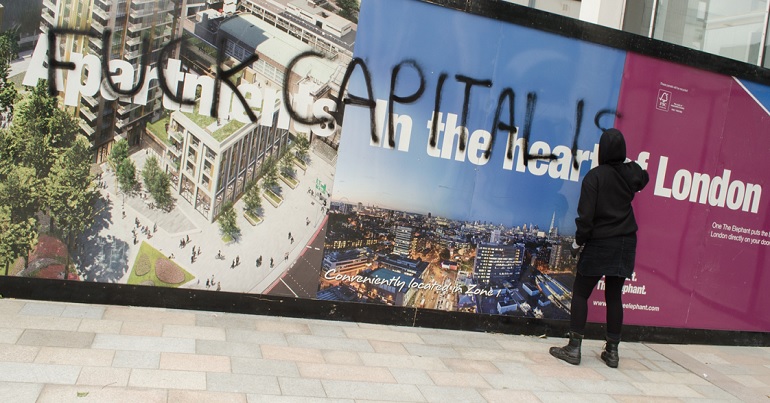 A new book that deals with the reality of the impact austerity has had on UK society is making waves. And so it should be – as it features some of the most radical writers around. As well as me…

With the United Kingdom currently being the fifth largest economy in the world, it may come as a surprise to learn there were 1,332,952 emergency food supplies delivered by food bank charities to people in the UK between 1st April 2017 and 31st March 2018…

With this in mind, all proceeds from the sale of the book will be going to UK food banks. So, The Canary caught up with Dreyfus to discuss austerity, the mainstream media and life in Tory Britain.

Dreyfus surprised and humbled me somewhat when he asked if I’d write the foreword for The Anti-Austerity Anthology. It wasn’t an easy task. Summing up this “rather dull noun”, in less than 1,000 words was tricky. Because, as I say in my foreword:

It’s debatable whether one word has ever conjured up such anger, disinformation, emotion and opinion…

So, let’s deal with the facts of austerity. As the Institute for Fiscal Studies (IFS) reported, the previous Labour, then successive Conservative-led governments cut £45bn off public spending between 2009/10 and 2016/17. 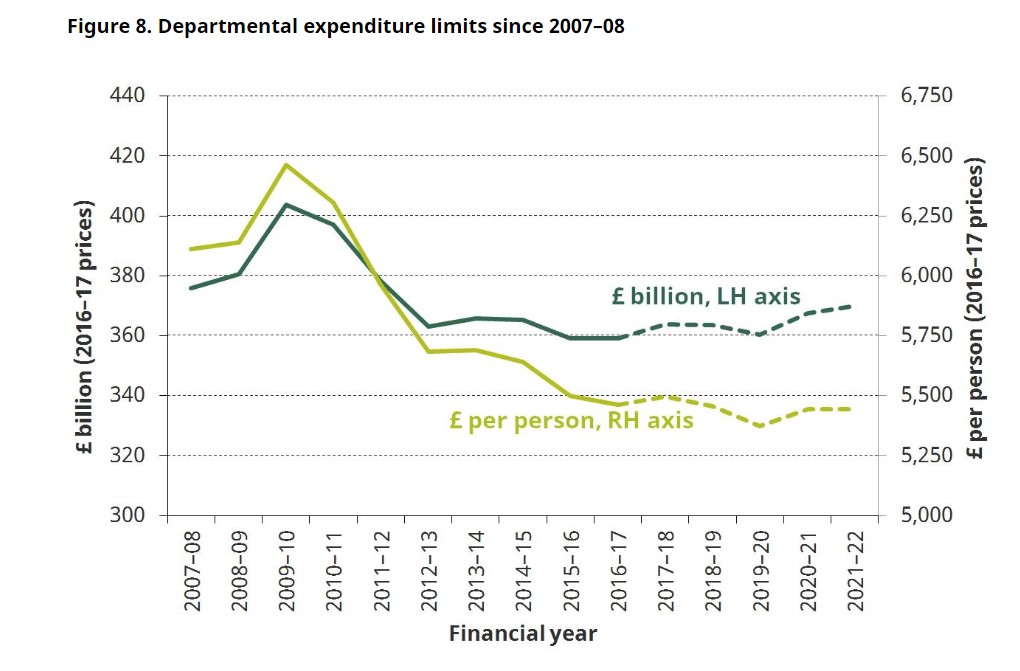 But the figures behind the word don’t convey the human impact of this ‘slash and burn’ policy. So, that’s where The Anti-Austerity Anthology comes in.

Dreyfus told The Canary the motivation behind the book was a simple one:

To raise as much money for food bank charities as possible… But also providing an independent alternative for those folks who are inclined to support [campaigning] poetry and fiction… It’s also a stark reminder that austerity is very much alive and well. Hence the UN investigating extreme poverty in the UK right now; along with the staggering numbers of those who’ve already fallen.

One way writers and artists can try to alleviate this dire situation is by coming together, exposing it all and raising some money.

The “already fallen” Dreyfus refers to is widely debated. One analysis said that 120,000 additional people have died due to government cuts. Death due to austerity is, perhaps, the most extreme result of this most disingenuous of policies. Along with the other real-world impacts of austerity, this is one of the themes explored in the book.

The collection of 17 authors reads like a Who’s-Who of leftfield, radical writing. There are no stand-out’s – all the authors are equally talented and inspiring in their own way. But my personal soft-spots lie with the poet and writer Matt Black who is, for me, one of the best Tweeters going; novelist Rebecca Gransden whose book Rusticles is a compelling collection of short stories; and Leo X. Robertson, an anarchic writer with a penchant for horror.

But it’s these writers’ words, not their backstories, which are the most compelling part of The Anti-Austerity Anthology.

The book twists from poems to short stories, via essays and satire. All the authors speak from experience. Also, their work has an edginess fitting of what Dreyfus had in mind for the project. He said that the choices for the collection were all very intentional:

Authenticity is crucial when writing about poverty. With this in mind the contributors have come from all walks of life and some of us are battling on the frontline. You can tell this from the content and subject matter of the collection. There’s a lot of real life hardship jotted on those pages. This is vitally important because the poor and downtrodden are now able to represent themselves.

Again, it’s hard to pick stand out moments from the book. There’s a searing essay from Robbins, called Bullying Britain: The roots of austerity? It uses the punitive benefits sanctions regime of the UK’s Department for Work and Pensions (DWP) to discuss this country’s bullying culture in depth. Continuing the DWP theme is a heart-breaking extract from the book The Single Feather by Ruth F. Hunt.

Poem for the Brighton Homeless by Connor Young is equally moving, as he writes:

Meanwhile, short stories are a prominent feature. These include The Bet by Chris Harrison which looks at the precarious state of the jobs market; Maria Jumps, where author and academic Mary Papastavrou paints a vivid picture of a dystopian world in 2070; then Workfarce, a typically anarchic, darkly satirical take on DWP ‘Workfare’ by Dreyfus himself.  Littered throughout the book are Jay Spencer Green’s Vacuous Vacancies. They wouldn’t look out of place in an edition of Private Eye: 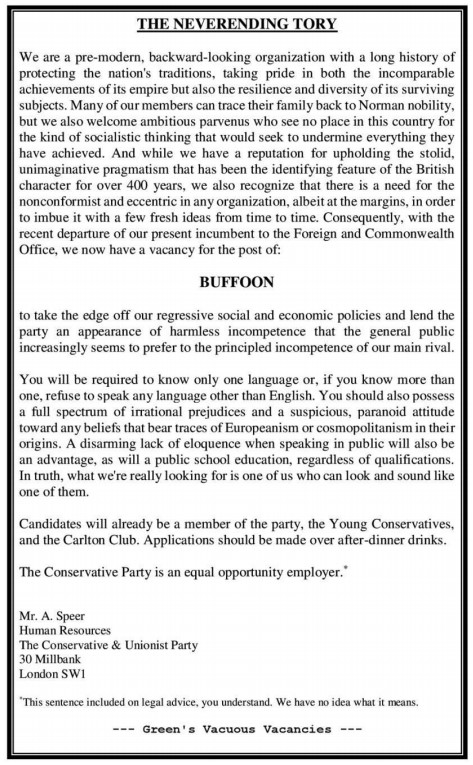 But what The Anti-Austerity Anthology showcases so well is the shining talent that bubbles next to the UK mainstream media and literary septic tanks. Few, if any, of the writers in the book have appeared in the mainstream; whether this is a good or bad thing would depend on their own preference. But all their talents are undeniable and deserve a wider audience.

It’s important that we begin to celebrate everyone equally rather than mimic celebrity hierarchies. Armchair Archibald discussing the little people with his millionaire mates’ changes nothing. That said we certainly need more unity… This can be made exceptionally difficult when traditional media insists that some voices are more important than others.

Fortunately, things are rapidly changing in this respect… Working class people are beginning to create their own media and their own culture. Just like they did a hundred or so years ago when people were far more class-conscious than… today.

Hopefully, in time to come, more and more people will realise that writing belongs to all of us and will not only support the alternatives, but will also help to create it.

The Anti-Austerity Anthology epitomises self-created media. I know that it was created without a budget, with no fees charged by any of the writers. They probably won’t want the credit but Dreyfus, Robbins and Whitewolf did the whole project at their own expense.

Overall, the book delivers a searing collection of socio-political commentary. But it’s also a raging chorus against an ongoing ideological war against a whole section of society. And it’s a metaphorical call to arms. As I say in my foreword:

So, sit up, take notice and start thinking how you are going to end this once and for all. It starts, in my opinion, with one simple word: no.

No, we’re not taking this anymore.

This book will keep the debate around the severity of austerity and poverty alive. But I think… we would [also] like to provide hope to everyone. Not least those who are living through unimaginable circumstances day in, day out. To those people we say that there are many, many people who care about what’s going on and together we’re turning things around.

Dreyfus, the authors and the book are awe-inspiring; not least in the content but moreover, the way the project has come together, and what it represents. I can safely say that The Anti-Austerity Anthology is a must-have addition to your radical bookshelf.

– Buy The Anti-Austerity Anthology; other stockists will soon be available.