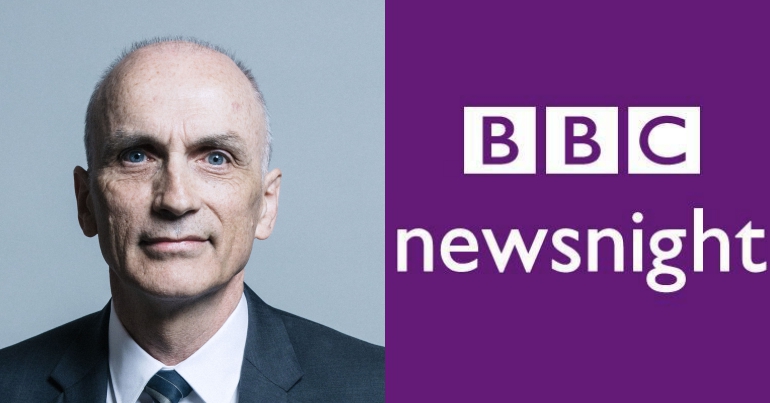 On 30 August, Labour MP Chris Williamson appeared on Newsnight. And he buried the show for swooning over right-wing Labour MPs. Williamson, who supports Jeremy Corbyn, was discussing the resignation of Labour MP Frank Field.

Field claims to have stood down over allegations of antisemitism against Labour. But the MP for Birkenhead’s local party had already passed a vote of no confidence in him. That’s after Field voted against Labour on a crucial Brexit vote, potentially saving the Conservative government from collapse.

With that in mind, Williamson told BBC Newsnight:

The intolerance that I’ve seen is inside a section of the parliamentary Labour Party who have not been prepared to honour the democratic decisions of Labour Party members. The Labour Party is its members. It’s not a handful of people in parliament.

The parliamentary Labour Party makes up only about 0.04% of the 552,000-strong membership. The MP for Derby North criticised the media for only recognising Labour parliamentarians as legitimate:

Yes it’s an important section of the Labour Party, but I’m afraid the media is rather lazy to characterise the Labour Party based upon the dealings of the parliamentary Labour Party… I think it’s important that they recognise the role the grassroots members play and honour and respect their decisions… instead of demonising hard-working grassroots working class members.

"The only intolerance that I have seen in the Labour party has been in the parliamentary party and they are less than 0.4% of our membership," says Labour MP Chris Williamson on Frank Field's resignation@DerbyChrisW | @maitlis | #newsnight pic.twitter.com/cRCvGs4w9e

Williamson supports an upcoming internal Labour vote that would ensure the views of Labour MPs reflect their local constituents. At the Labour conference in late September, the party will vote on introducing ‘open selection’. This means that members would get to choose the candidate to represent them in parliament, based on a one member, one vote, electoral system.

At present, the party’s ruling committee can choose simply to parachute Labour candidates into seats without any democratic process. Then, MPs can sit in safe parliamentary seats permanently without any accountability for their actions or words, unless they lose a ‘trigger ballot’.

In short, open selection is vital to real parliamentary representative democracy. Otherwise, party elites can appoint who represents the local people in constituencies up and down the country.

Kudos to Williamson for standing with ordinary people against a media that views political debate only as a battle between different factions of the establishment.

– You can sign up to support Open Selection here.

– If you’re a member of Momentum, you can ask it to support Open Selection here.