The Department for Work and Pensions (DWP) just made the situation for countless claimants in one of the most deprived parts of the UK a whole lot worse; all for the sake of a quick ‘buck’.

Since 2017, the DWP has been closing or merging numerous Jobcentre Plus offices. Over 100 of its offices have been given, or are facing, the chop. Former minister for employment Damian Hinds said the plans were to:

reflect the fact that more people access their benefits online resulting in many of our buildings being underused.

The changes… will offer a more efficient service, and deliver good value for the taxpayer.

But it’s been controversial. As professor Dan Finn wrote for the Conversation:

For many claimants, going to regular face-to-face meetings at a nearby jobcentre remains mandatory and is the most important way in which they will learn about Universal Credit.

Most worryingly, if there is another economic recession, then there will be little capacity to deal with the increased number of people who will lose their jobs… Closing jobcentres now might come back to haunt the government later.

As Chronicle Live reported, Newcastle’s West Road Jobcentre closed on 31 August and services will be merged with the city centre office. This is over two miles away. But the West Road centre’s location shows the DWP seems to give little thought to the real world impact of its policies.

It sits next to one of the most deprived areas in the UK; with one area in the adjacent Elswick ward being the 296th most deprived out of over 32,000 areas. Nearly half of the people living in Elswick ward live in social housing, and nearly a quarter are lower income workers. The West Road Jobcentre was their nearest DWP office.

Still, the DWP saw fit to close it. Even though half the children in Elswick live in poverty and the area is in the top 10% nationally for employment deprivation. Moreover, a third of working-age adults are classed as “involuntarily excluded from the labour market” – that is unemployed, sick or disabled.

So, what is happening to the West Road Jobcentre?

As Chronicle Live reported, a property developer wants to turn it into a block of flats. The DWP’s asking price was £950,000: 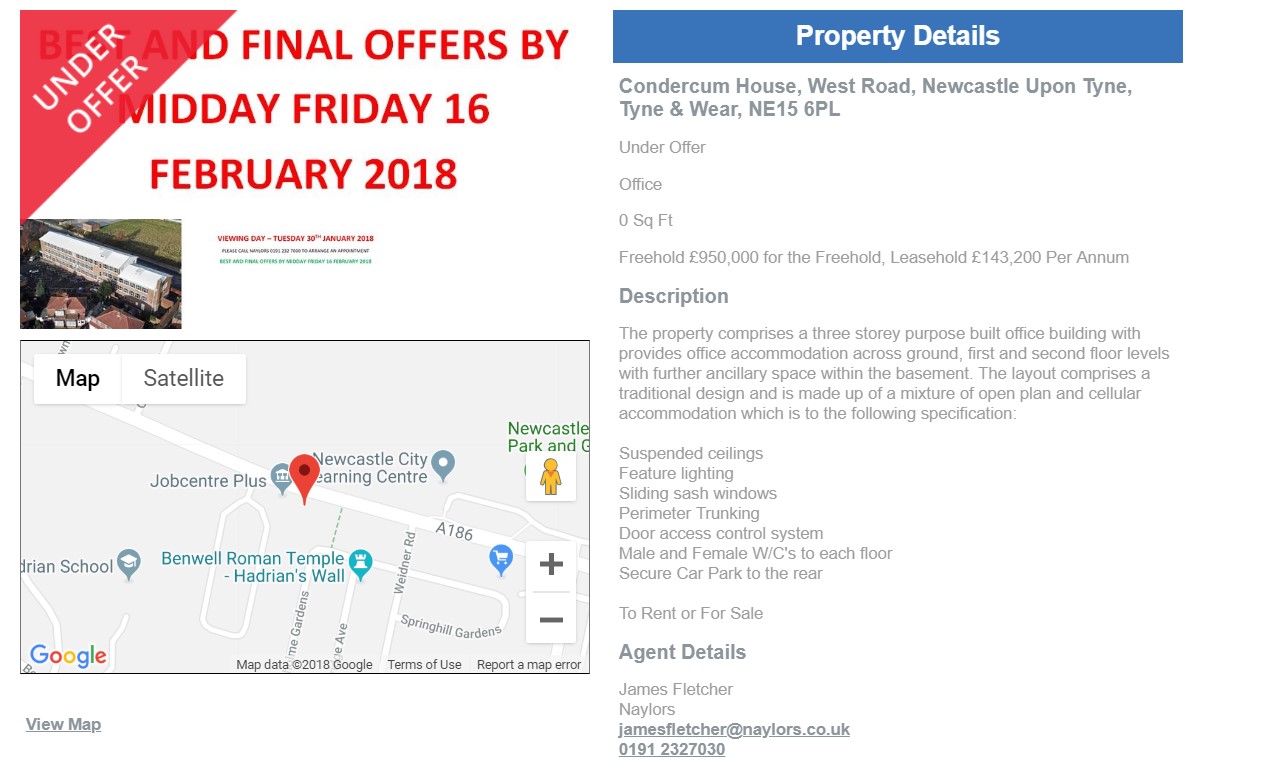 We will ensure everyone using Jobcentre Plus services in West Newcastle will continue to access them, including providing a continued Work Coach service in that area.

Since 2010, 55,000 more jobs have been created in the North East and we are providing outreach services in conjunction with the local authority, and community and voluntary services in the West end of Newcastle to make sure that all of our customers can access our services.

Rubbing salt in the wounds

The campaign group BENEFITS NEWS, which aims to promote the rights of welfare recipients, told The Canary:

This government wants to get people into work. It is increasing the volumes of claimants expected to attend Jobcentres; especially with… managed migration to Universal Credit… So, to close Newcastle West Street and expect claimants, in dire poverty and potentially some disabled, to mobilise another couple of miles to Newcastle city centre is ludicrous.

Now, the development plan just rubs salt into the wounds at a time when so many people need help.

Newcastle’s Elswick ward is just one example of how the DWP’s slash and burn Jobcentre closure policy impacts communities. For the DWP, though, all it seems to see is £950,000.

– Read more from The Canary on the DWP and support BENEFITS NEWS.