With one tweet, an economics professor blows capitalism’s ‘democracy’ myth to pieces - Canary 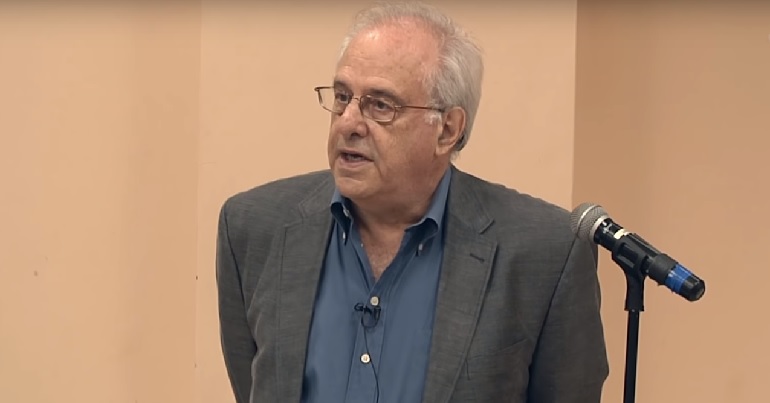 With one tweet on 5 October, economics professor Richard D. Wolff destroyed the much-repeated right-wing myth that capitalism and democracy are two sides of the same coin. He said:

In democratic businesses, decisions are made by all who work there, one person-one vote.

If we value democracy, it belongs in the workplace. #CureForCapitalism

The criticisms don’t stop there

Wolff is a professor of economics at the University of Massachusetts, Amherst. And in other tweets, his criticisms of capitalism continue. For example, he has argued that:

Capitalism is not ‘human nature’. We can do so much better.

As Wolff’s tweet above suggests, however, he’s not just full of criticisms. He also believes there’s an alternative in true workplace democracy, where workers make the decisions that will affect their destinies. And in other tweets, he has compared capitalism to other failed systems in the past that people once saw as ‘the natural order’, while suggesting that we don’t just have to put up with it:

People once thought slavery was “part of human nature” and would last forever. They once thought the same about feudalism and monarchy. Imagine: some people today think that about capitalism.

With a transition to worker-coops, we finally get an economic system that works best for a majority.#CureForCapitalism

We can do better: in worker co-ops, employer/employee are same people.#CureForCapitalism

In short, the message (as he expressed in another tweet) is that “we can do better than capitalism”. And the alternative is the workplace democracy present in workers’ co-operatives.

The sooner we build the alternative, the better

As Noam Chomsky and several other intellectuals recently pointed out, the inherent failures of neoliberal capitalism are inseparable from the latest global rise of the far right. The currently dominant system, as CorpWatch describes, is about “the rule of the market”; cutting public spending on social services; deregulation; privatisation; and “eliminating the concept of ‘the public good’ or ‘community’”. And as The Canary previously outlined in detail, it’s a system that has been an utter failure; causing suffering and destruction for ordinary people while only making sense for the richest and most powerful.

In short, the sooner ordinary people free ourselves from the poisonous tentacles of this system, the better. It is thoroughly undemocratic, and we don’t need it. But we won’t get a truly democratic alternative unless we step up and fight for it.

– The Canary actively invites its readers to question everything they read. So please follow the links we reference, and always search for more information if unsure. But if you believe in the importance of independent, grassroots media in the fight against corporate propaganda, please consider supporting us.