Did a resigning government minister just admit Tory policy is controlled by special interests? - The Canary 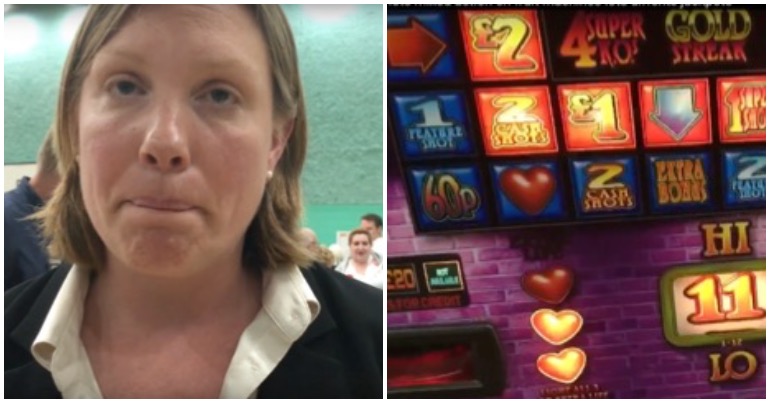 Sports minister Tracey Crouch has resigned over delays to the regulation of Fixed Odds Betting Terminals (FOBT’s), described as the “crack cocaine” of gambling.

And her resignation letter has got people talking.

Although civil in tone, in political speak her resignation letter is scathing of the government’s failure to implement FOBT reform quicker.

It is with great sadness I have resigned from one of the best jobs in Government. Thank you so much for all the very kind messages of support I have received throughout the day. Politicians come and go but principles stay with us forever. pic.twitter.com/rD8bEbCQcK

two people will tragically take their lives every day due to gambling related problems and, for that reason as much as any other, I believe this delay is unjustifiable.

So, why delay implementation? Crouch asserts it was:

due to commitments made by others to those with registered interests.

The question arises: “commitments” to whom, and to which “interests” is she referring?

corporate interests over victims, profits over public health and greed over good.

He added this later on BBC Radio 4:

The delay in the FOBTs stake reduction is about weak ministers caving in to big lobby interests. I'd like to know who Jeremy Wright has met that allowed him to change his position. pic.twitter.com/L6O8OyceIV

Davies is a former bookmaker and chair of the All Party Parliamentary Group on Betting and Gaming. And his partner, work and pensions minister, Esther McVey, was also reported by the Times to have protested the FOBT reforms.

Watson referred to Davies as in this video as “the member for Shipley”:

Jeremy Wright has betrayed gambling addicts, both sides of the House and his minister @tracey_crouch, who spent 3 years writing her FOBTs review, by delaying the stake reduction to £2. Why isn't she here today? Has she resigned because of his betrayal? My Urgent Question.? pic.twitter.com/V28oaPO5A5

Although Davies denies influencing the decision:

You know you’ve screwed up when these people criticise you

There are plenty of people whose lives have been damaged by this addiction… We need to do this very quickly…and in the meantime, the gambling industry will make about £1bn as a result of this delay. That’s not right.

Incredibly, one of the best takes came from a UKIP MEP:

Brexit, Saudi, fixed odds machines – in all these cases Govt policy response heavily influenced/altered by corporate interests. Is the Conservative Party capable of standing up for the people once powerful vested interests are brought to bear?

SNP MP Kirsty Blackman called out the flimsy excuse given for the delay:

Errr, but they think businesses can prepare for Brexit by April?! #Shambles

And the Sun’s political editor said it was all about the money:

Dan Bloom from the Mirror pointed out the absurdity of May’s denial:

It's still sinking in that Theresa May has denied a policy is being delayed, while responding to the minister responsible for the policy, who has resigned for no other reason than the policy being delayed. Kinda makes 'Nothing has changed' look tame

The power of the gambling lobby in Westminster is openly admitted. Conservative MP Sarah Wollaston said:

The Chancellor would have had more credibility reducing the tragedy of lives lost to suicide if he had not delayed action on #FOBT today. The power of the industry lobbying at Westminster is sickening

And as reported, betting companies give more in hospitality and gifts to MPs than any other industry.

As spokesperson for the Campaign for Fairer Gambling Matt Zarb-Cousin warned in 2017, such hospitality was motivated by “desperate” attempts to keep FOBTs stakes at £100 per ‘spin’.

The lobby famously paid to dine with former PM, David Cameron, assured by a former Tory co-treasurer that donors could influence policy.

Gambling away our democracy

Once again democracy seems to have been hijacked by lobbyists. Greed, and the subtle blackmail of suggested job losses if regulation is quickly implemented, has driven the government to put betting companies’ interests over lives.

It’s not often we say it, but well done that Tory MP.

– Support the work of The Campaign for Fairer Gambling.

– Read more of our reporting on gambling.