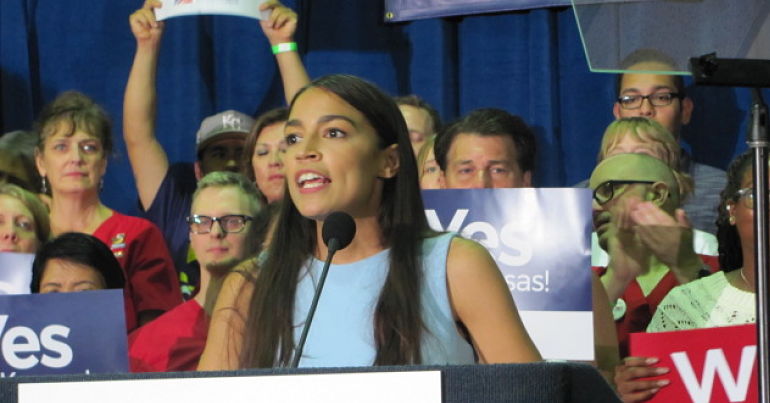 As Americans go to the polls to vote in the 2018 mid-term elections, historic battles are on the line. Because a wave of progressive candidates representing marginalised areas of US society are inches away from gaining crucial political power. And they stand the chance of overturning massive voter disenfranchisement.

Barriers could be broken tonight. #ElectionDay

There are currently no Black governors in the United States. There has never been a Black governor, moreover, in Florida, Georgia, and Maryland.

Not only do they represent a potentially historic break from centuries of under-representation for Black Americans: they represent genuine progressive politics within their respective states.

.@staceyabrams inspires me – her strength, her tenacity, her intelligence, her grace, her values.

The plain truth is she runs circles around her opponent.

And that’s why they are shamelessly trying to deny people the right vote instead of encouraging it.pic.twitter.com/rDIjGNCQIr

While Abrams wants to increase voter participation, Kemp has been accused of mass voter suppression and “possible cybercrimes“.

And in the words of Democracy in Color president Aimee Allison:

Despite the fact that white nationalists are backing Brian Kemp and he’s using racist language, there’s something more powerful, and, I think, deeply transformational, about the electoral organizing and the campaign that Stacey Abrams represents.

Alexandria Ocasio-Cortez, meanwhile, stands to be the youngest woman elected to Congress. She’s part of a wave of democratic socialists that “business lobbyists, GOP operatives plot to take down” in the mid-term elections.

And like Abrams, Ocasio-Cortez has called for voting reform in her own state of New York:

New York is a state *without* early voting, mail-in ballots, or no-excuse absentee.

You can only cast a ballot from 6am-9pm. Election Day isn’t a holiday.

When pollsites break down, it has enormous consequences for election turnout.

New York’s mid-terms have been mired by absurdly long lines at voting booths, described as “a testament to some of the worst voting laws in the nation”.

Ocasio-Cortez similarly commented on the tragic voting status of Puerto Rico, which is subject to federal laws without having federal voting rights.

She also supports limiting big money in elections while expanding their public financing.

The state of Florida, meanwhile, is notorious in US elections. Florida was at the centre of the gruelling re-counts that ultimately decided the 2000 election, and is one of only three states that “disenfranchise for life all felons who have completed their sentences”.

With such high rates of incarceration of Black citizens, one in five African-Americans in Florida cannot vote. This, according to the Intercept’s Alice Speri:

has remained one of the most effective ways to keep people, particularly African-Americans, from voting…

Felon disenfranchisement joins a number of other measures – such as voter ID laws and voter purging – that effectively keep hundreds of thousands of people from exercising their right to vote.

But this, again, could all change. Because if voters choose to remove Amendment 4 to the state’s constitution, they would restore “voting rights to 1.4 million of the state’s 1.68 million felons”. The exceptions would be those still serving their sentences and those convicted of murder or sex offences.

The dawn of freer and fairer elections?

What’s currently at stake in the US is indeed the democratic process. And today’s wave of progressive political leaders could help end massive, structural voter disenfranchisement in the US. This could be huge.