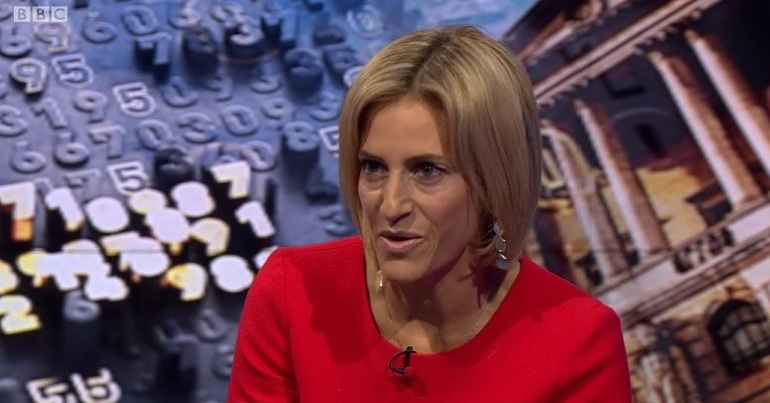 BBC Newsnight guests discussed the British economy on 11 February. In particular, they talked about whether it’s “time to admit we’ve been doing things all wrong, take stock and reset the way we measure our country’s fortunes”.

But during the chat, host Emily Maitlis offered a possible “answer” to Britain’s financial problems. And that answer seemed to be socialism, as guest Grace Blakeley pointed out.

After Blakeley and Conservative MP Nicky Morgan talked about productivity and austerity, among other things, an idea ‘struck’ Maitlis. She raised Margaret Thatcher’s economic legacy and asked Morgan whether a “reboot in her image” is the “answer” to the Conservative government’s handling of the economy. She then asked the Tory MP:

Or would you say the pendulum has swung so far away from that: you know, it’s whatever the opposite of Thatcherism is now, 40 years on?

At this point, Blakeley helped Maitlis out. She named what the opposite of Thatcherism is: socialism. And the BBC presenter could only nod. Because that is, after all, what she’d just described.

Of course, Morgan was quick to point out that she doesn’t think the “answer” to the UK’s economic woes is the Labour Party; which is currently unashamedly socialist in its policy offerings and ideas. But even she seemed to concede that a move towards a more socialist economic model was needed. She said:

I do think that… people realise that… it’s not just about measuring money but actually it is about giving people financial security, work security…

People can have financial security in an more equal socialist society. As we’ve seen, the neoliberal capitalist society that Morgan’s government has championed has given us grotesque levels of inequality and insecure incomes.

People can also have work security if they have a say in the running of their companies. That’s why Blakeley too called for “a programme to rebalance power in the economy”.

Basically, we’ve now got Conservative MPs and BBC presenters voicing the idea that aspects of Jeremy Corbyn’s 21st-century socialism might be a direction the UK could, or should, take. They just won’t mention it by name; or him, of course.