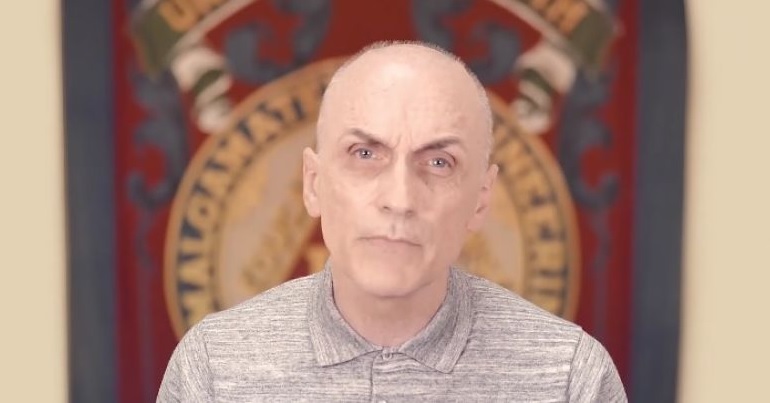 Chris Williamson just gave people another excellent reason to vote Labour into government. On the 14th anniversary of the Hunting Act, the MP for Derby North reiterated his party’s plans to strengthen it. Labour, Williamson promised, will bring the “arrogant bloodsport brigade to heel”.

Public opposition to the savage ‘sport’ is immense. But hunts routinely use loopholes in the law to continue to kill Britain’s wildlife. We need a government that’s willing to crack down on the brutal practice. Theresa May’s pro-fox hunting government won’t do it. Labour is our best chance.

A Labour government introduced the Hunting Act in 2005. As The Canary has previously reported, however, the law itself is quite weak. Because then prime minister Tony Blair watered down the initial plans after listening to pro-hunting opinions. In fact, Blair has since said that introducing the ban was the biggest regret of his premiership.

So, as Williamson explains, Labour wants to strengthen the act:

It was 14 years ago today that Labour's landmark Hunting Act came into force, which banned hunting with dogs.

But we need to strengthen the law to make it easier to enforce. pic.twitter.com/LDoCK6fZSK

Williamson says a Corbyn-led government will close the loopholes that allow hunts to continue to get away with murder. Such loopholes include the permitting of ‘trail hunting’, whereby hunts are supposed to lay trails for hounds to the follow. But a 2015 report by International Fund for Animal Welfare showed that, in reality, trails are rarely actually laid. Another loophole is the ‘falconry exemption‘. This allows for hunts to kill foxes, as long as it’s the bird of prey, rather than hounds, doing the actual deed on open ground. As the League Against Cruel Sports explained, however, in a 2018 court case over the use of birds:

Hunting isn’t popular with the British public. So, the idea of strengthening the act resonates with people, as comments on Williamson’s video showed:

Agree. So much more can be done. The hunts are laughing at the law while sabs are being assaulted and denied justice

Yes-can't wait for this to happen, I am so angry that hunters have carried on regardless, frequently aided & abetted by the police.

The Hunting Act needs to be strengthened..supported and celebrated. Thanks for posting Chris.

It’s high time lawmakers reflect what the public wants and eliminate this barbarism from the UK. Most people aren’t supportive of foxes, hares and deer being ripped apart or shot for ‘sport’. Nor do they want to see hounds killed on the roads and horses mistreated thanks to their hunts’ lawless and reckless bloodlust.

Labour is offering to act on the public’s wishes. That’s another excellent reason to vote it into government.