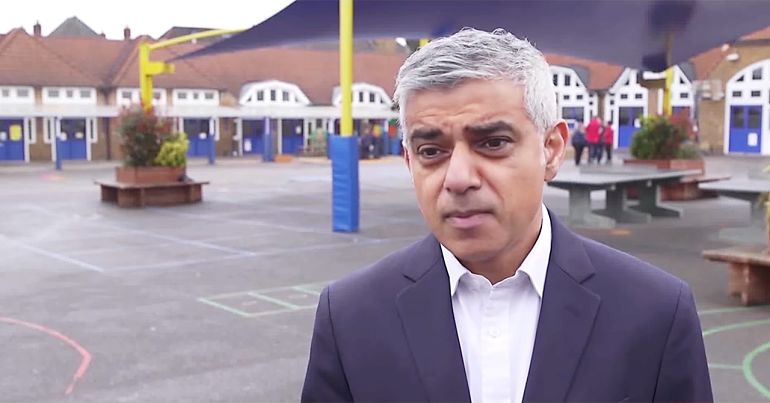 London mayor Sadiq Khan has given Tory environment secretary Michael Gove a run for his money. Khan managed to issue a very Tory response to the climate protests.

In a statement, Khan called for a return to “business as usual”:

UPDATE: My message to all the climate change protestors today is clear: let London return to business as usual. pic.twitter.com/2o5jwbwLC2

Khan claims that he shares “the passion about tackling climate change”, but people were sceptical:

Wow. “Business as usual” is what’s killing our planet. Sorry but an existential threat to the human race outweighs the inconvenience of driving around a protest. If anything, we need more civil disobedience ✊

While speaking in London on 22 April, Swedish climate activist Greta Thunberg backed calls for a general strike to force lawmakers to act. But a UK-wide strike may also take a grassroots push. Because union leaders have not been promising on the issue. The leaders of Unite, GMB, the TUC, and others backed Heathrow expansion because it could create jobs. In response, many pointed out that there “are no union jobs on a dead planet”.

“My message to all protesters today is clear: you must now let London return to business as usual.” -Sadiq khan

Er no. Not without comittment to change.

One protester was particularly unimpressed:

In October 2018, the UN warned we have 12 years to reduce the oncoming climate catastrophe. This may downplay the problem, because if we hit climate tipping points, that could set off an unstoppable chain reaction. And in London, around 9,500 people are already dying per-year because of air pollution.

In short, sitting governments are sleeping at the wheel and leading us towards climate catastrophe. And it looks like Khan is part of the problem. Meanwhile, the current manifesto of Khan’s party, Labour, pledges to roll out local, publicly funded renewable energy firms across the country to decarbonise the economy rapidly. Given our two party system, it’s a matter of urgency that we support this, as well as the type of direct action young people like the school strikers are taking.